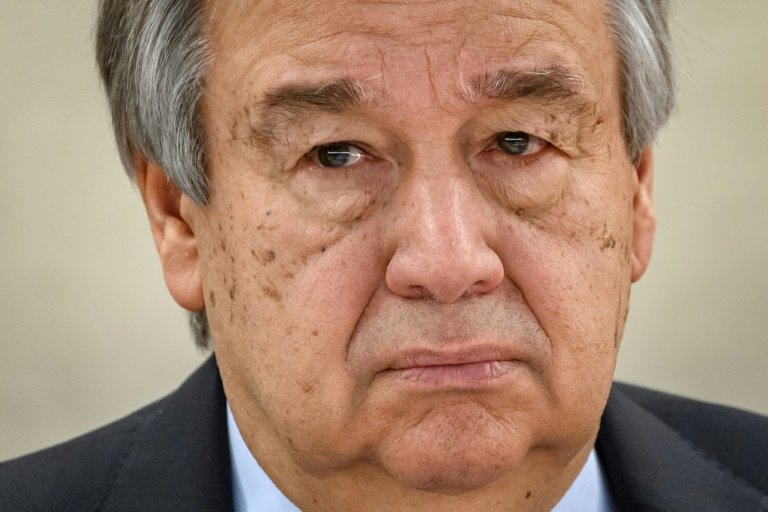 UN Secretary-General Antonio Guterres (pictured February 2020) warned that "with the global recession gathering pace, there could be hundreds of thousands of additional child deaths in 2020" / © AFP/File

UN Secretary-General Antonio Guterres called Thursday on families and global leaders to "protect our children," who stand to suffer severe consequences of the pandemic even if they are at lower risk.

"I appeal to families everywhere, and leaders at all levels: protect our children," Guterres said in a statement, while presenting a report on the pandemic's impact on children.

"With the global recession gathering pace, there could be hundreds of thousands of additional child deaths in 2020."

According to the UN, this estimate could in one year destroy the progress made over the last two or three in lowering the infant mortality rate.

As schools close across the globe due to the spread of COVID-19, children could also struggle with access to food, as "a staggering 310 million schoolchildren... rely on school for a regular source of daily nutrition," Guterres said.

The UN said that 188 of the 193 member nations have closed schools, affecting more than 1.5 billion children and youths.

Furthermore, lockdown measures and increased global recession are fueling increased tensions within families, and "children are both victims and witnesses of domestic violence and abuse," Guterres said.

Multiple organizations and foundations estimated Tuesday that more than 117 million children could be deprived of measles vaccines due to the halt of vaccination campaigns.

Before the vaccine was introduced in 1963 and became widely accessible, the world recorded major measles epidemics every two to three years that could cause about 2.6 million deaths per year, according to the World Health Organization.