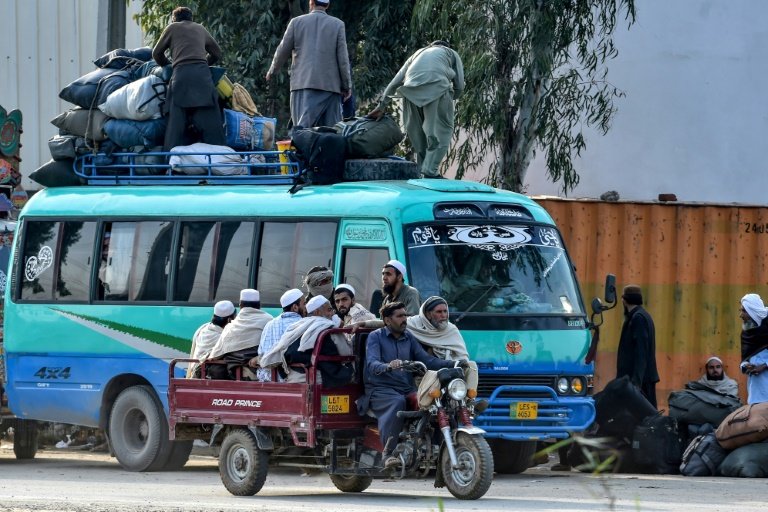 Islamic worshippers leave on March 13, 2020 after attending the three-day Tablighi Jamaat on the outskirts of Lahore, Pakistan -- organizers said more than 100,000 people attended the event, undeterred by government requests for it to be cancelled / © AFP/File

Pakistan has quarantined 20,000 worshippers and is still searching for tens of thousands more who attended an Islamic gathering in Lahore last month despite the worsening coronavirus pandemic, officials said Sunday.

Authorities said they want to test or quarantine those who congregated at the event held by the Tablighi Jamaat -- an Islamic missionary movement -- between March 10-12 over fears they are now spreading COVID-19 across Pakistan and overseas.

More than 100,000 people went to the meeting, organisers said, undeterred by government requests for it to be cancelled as the virus hit the country.

In northwestern Khyber Pakhtunkhwa province, authorities have so far quarantined 5,300 Tablighis or Islamic preachers who attended the Lahore meeting.

"Health officials are conducting tests for coronavirus and some of them have tested positive," Ajmal Wazir, a spokesperson for the region, told AFP on Sunday.

Wazir said thousands of Tablighis from his province were stranded in other regions because of the closure of major highways across the country.

Dozens more have been forced to self-isolate in southwestern Balochistan province. 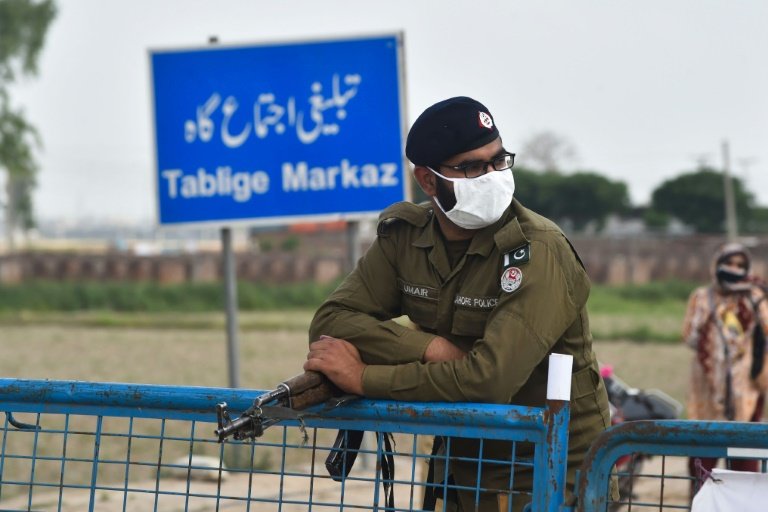 A Pakistani policeman at a checkpoint in Lahore, where the Islamic missionary movement gathered / © AFP

The Tablighi mosques and the movement's other places of worship were shut down or marked as quarantine centres at the end of March.

At least 154 worshippers who went to last month's Jamaat had tested positive for coronavirus, with two fatalities, authorities told AFP.

Coronavirus has killed at least 45 people in Pakistan but with only limited testing available, observers worry the number is far higher.

Tablighi Jamaat is considered one of the world's largest faith-based movements, with millions of followers, particularly in South Asia, and sends preachers to countries to spread Islam's ideas.

About 1,500 foreigners are now quarantined in Pakistan, but others left the country without being tested.

Gaza's health ministry confirmed last month its first two cases of coronavirus were Palestinians who had attended the gathering.

Pakistan's science minister Fawad Chaudhry earlier expressed exasperation that the event had gone ahead, blaming the "stubbornness of the clergy".

Organisers said they cut the gathering short following advice from the authorities, however at the time they said it was due to rainy weather.

Similar Tablighi Jamaat congregations held in Malaysia and India during the coronavirus pandemic have been blamed for spreading the virus to other nations.