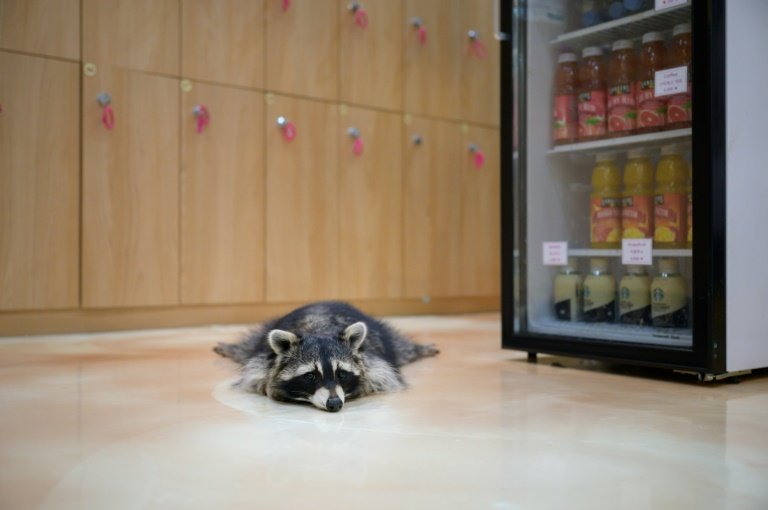 A raccoon cuts a lonely figure at the Eden Meerkat Friends Cafe in Seoul, where customers are few and far between / © AFP

A beige feline paces between two Gaudi-style columns at the empty 2 Cats cafe in Seoul, with upturned stools standing on the tables where humans sat to play with them in pre-virus days.

Along with coffee, South Korea's animal cafes offer the chance to cuddle companion creatures like dogs or cats for customers who cannot keep one themselves.

Business has been devastated by the coronavirus outbreak, with South Koreans staying at home under social distancing guidelines, and tourism disappearing. 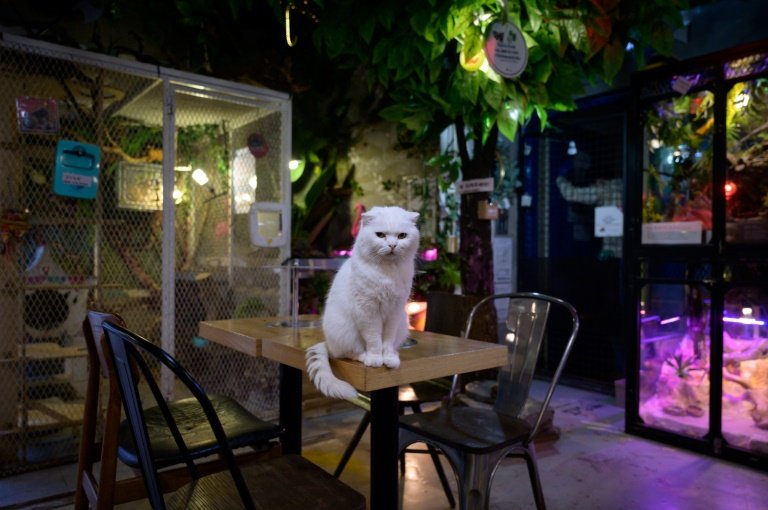 But unlike other firms, these cafes cannot lay off staff as they have to look after the animals.

Many also provide encounters with more exotic species. Meerkats and raccoons are particularly popular -- both have behaviour patterns endearing to human eyes -- although the trade in these creatures faces heavy opposition from animal rights groups.

A family of wallabies -- their names Alkong and Dalkong translate as "Lovey" and "Dovey" -- looked sheepish when caught stealing bananas at the Eden Meerkat Friends Cafe in the tourist district of Myeongdong.

Staff member Kim Min-ji said customers were down to one or two a day. 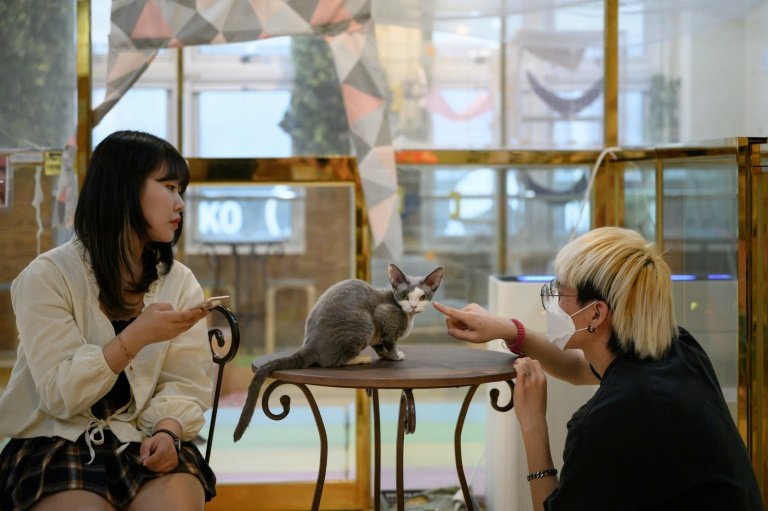 "Ninety percent of our customers had been foreigners, mostly Chinese, but they stopped coming since the coronavirus outbreak," she said. "Korean customers also don't come much."

And Ji Hyo-yeon, owner of the Raccoon Cafe Table A -- which also stocks turtles and lizards as well as meerkats -- said some people avoided his premises after hearing the virus was first contracted from a wild animal.

South Korea was among the earliest countries to be hit outside China, where the coronavirus first emerged, and for a time had the world's second-largest outbreak before it was largely brought under control through a widespread testing drive. 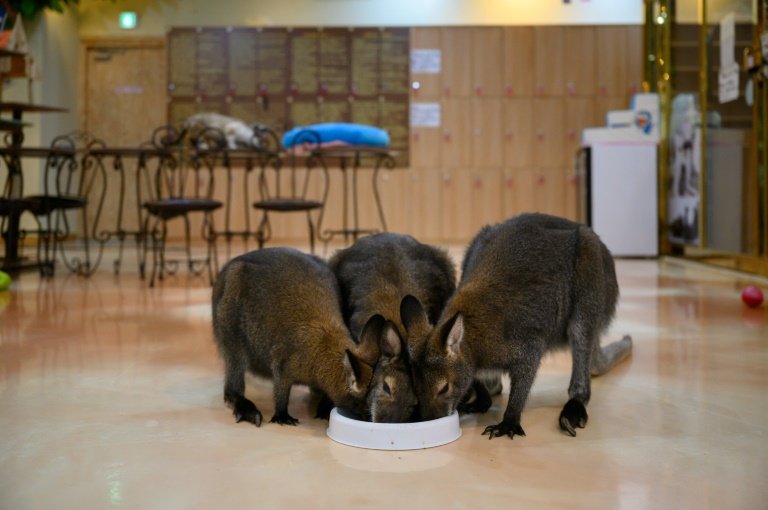 Customers said the animals helped to put them at ease in the tense times of the pandemic.

Hong Chan-wook and his girlfriend were the only visitors at the Eden Meerkat Friends Cafe on a weekday afternoon, and he told AFP: "After spending all my time at home and being bored, I feel healed by meeting these adorable new animals."