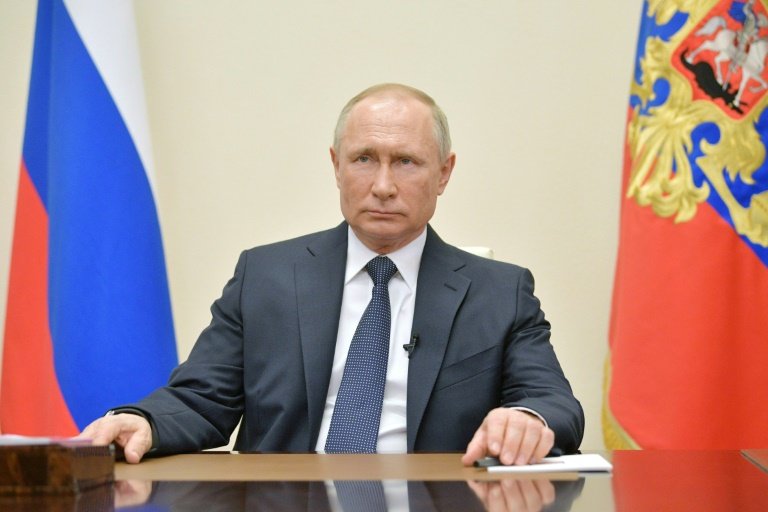 President Vladimir Putin announced on Thursday the extension of a non-working period in Russia to slow the spread of the coronavirus until April 30 as cases spike.

"I've taken a decision to extend the period of non-working days until April 30," Putin said in an address broadcast on state television, saying that Russians will still receive their salaries.

The president first announced a week-long break from work in a rare televised address last week as part of a series of escalating measures to help slow the spread of coronavirus in Russia.

He announced the longer work-free period on Thursday after health officials had said more time was needed.

Despite a raft of measures, coronavirus cases spiked Thursday with 771 new infections bringing the total to 3,548 and 30 deaths, according to official numbers.

"The peak of the epidemic in the world has not yet been passed, including in our country."

Moscow with more than 12 million inhabitants has seen the most cases so far.

Muscovites have been under a strict lockdown since Monday with residents allowed to leave their homes only for essential shopping, medical emergencies, to walk pets or take out rubbish.

Moscow Mayor Sergei Sobyanin said in his blog Thursday evening that these measures would be extended but announced that a plan to issue official passes for moving around the city using QR codes would not go ahead for now.

He said this could come up for discussion again if the virus situation worsens or more people flout rules on staying home.

From Thursday, Muscovites diagnosed with the virus whose health allows them to stay at home and quarantined family members have to consent to monitoring of their movements using satellite location on cell phones.

Moscow is also using facial recognition cameras to watch for breaches of quarantine.

"We will have to live through hard times," Sobyanin said.

The lockdown has been extended across almost all regions, and parliament has approved a coronavirus-focused package of legislation including prison terms of up to seven years for those who cause multiple deaths by flouting protective measures.

In his televised address on Thursday, Putin said that measures already taken had "managed to protect the older generation from a serious threat" and prevented an outbreak in kindergartens.

He added that it would be up to each region to decide what lockdown measures were needed "in terms of ensuring health, people's safety and the sustainability of the economy".

Prime Minister Mikhail Mishustin said Wednesday that Russia had set aside $18 billion to battle the COVID-19 pandemic and was drafting measures to support regional economies as well as small businesses.

In his initial address to the nation last week, Putin postponed a key public vote scheduled for April 22 on constitutional reforms that would allow him to stay in power until 2036.

Lawmakers have also approved a bill allowing the government to introduce a state of emergency across the country.

The Russian leader is himself taking precautions against coronavirus, his spokesman Dmitry Peskov said this week, opting to carry out most of his duties remotely.

The head of Russia's main coronavirus hospital, who gave Putin a tour of the facilities last week, announced Tuesday he had tested positive for coronavirus, sparking speculation the president may have been infected after shaking hands with the doctor.

"Everything is fine" with Putin, Peskov said. "We are taking all the precautionary measures."

Russia has already closed its borders and grounded all international flights to help prevent new cases.