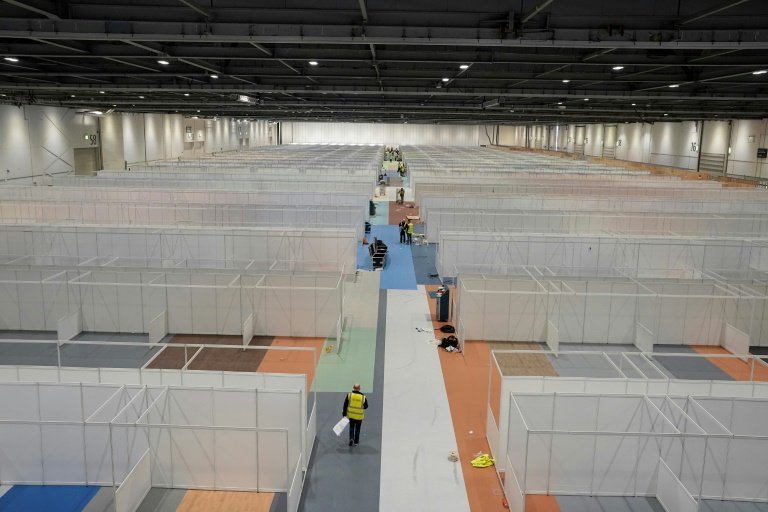 The announcement comes as a similar 4,000-bed facility in London - built in less than ten days - prepares to open Friday / © 10 Downing Street/AFP

Prime Minister Boris Johnson said on Thursday Britain would "massively increase testing" for the COVID-19 virus as the country recorded more than 500 daily deaths for a second consecutive day.

The UK government said Friday it was rushing to build more emergency field hospitals ahead of an expected surge in coronavirus cases, hours after recording a record 569 deaths from the disease.

Two new facilities will be built in Bristol in the west and Harrogate in the north to house up to 1,500 patients, the state-run National Health Service (NHS) said in a statement.

The announcement comes as a similar 4,000-bed facility in London -- built in less than ten days -- prepares to open Friday, and as criticism mounts over the government's failure to provide screening, particularly for frontline healthcare workers.

"Further such hospitals will open next in Birmingham and Manchester, offering up to 3,000 beds between them," the NHS statement added.

The health ministry announced a record 569 deaths from the virus in Britain in the 24 hours up to 1600 GMT on Wednesday -- the largest single-day rise yet.

It followed 563 deaths over the previous corresponding period.

Prime Minister Boris Johnson has said Britain will "massively increase testing" for the COVID-19 virus following criticism of his initial light-touch approach to the outbreak.

Britain is currently in the second week of a three-week lockdown, with non-essential shops shut and the public asked to stay at home / © AFP

Johnson has been in self-isolation "with mild symptoms" at his Downing Street official residence since announcing on March 27 that he had caught the virus.

Heir to the throne Prince Charles Thursday made his first public comments since coming out of self-quarantine after contracting the disease, telling the PA news agency the experience had been "strange, frustrating and often distressing".

In a video message, he praised the "utter, selfless devotion to duty" of Britain's health workers.

The country took part in another collective round of applause at 8:00 pm (2000 GMT) Thursday, with social media videos capturing cheers across its cities, towns and villages.

Johnson is facing criticism even in normally supportive media outlets after officials revealed that just 2,000 out of about 500,000 NHS staff had been tested.

Health minister Matt Hancock said Thursday the government was "determined" to scale up tests across the board in the coming weeks, with a "goal of 100,000 tests per day by the end of this month".

Hancock blamed global demand for swabs and reagents for the lack of tests, and said that some they had bought were faulty.

In order to meet the demand, the government said it would work with private firms such as Amazon and chemist Boots, and that three new "mega labs" would soon be online. 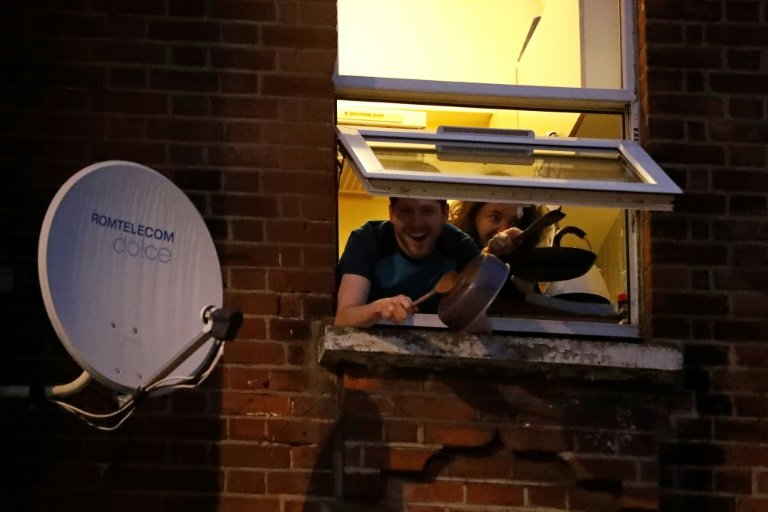 The UK took part in another collective round of applause at 8:00 pm Thursday, with social media videos capturing cheers across its cities, towns and villages / © AFP

Testing for the general public has also been criticised as not widespread enough and is currently largely limited to hospital admissions of the most serious COVID-19 patients.

On Tuesday, 10,000 hospital patients and NHS staff were tested in England, well below the daily target of 25,000 and the 70,000 a day achieved in Germany, which has been used as a comparison.

So far, Public Health England (PHE), the body tasked with testing, has insisted all screening should be carried out centrally.

"At the very outset we identified this, we got the tests in place, we designed the tests in our laboratories. We have played our part," he told BBC radio.

Britain is currently in the second week of a three-week lockdown, with non-essential shops shut and the public asked to stay at home to try to limit the spread of the coronavirus. 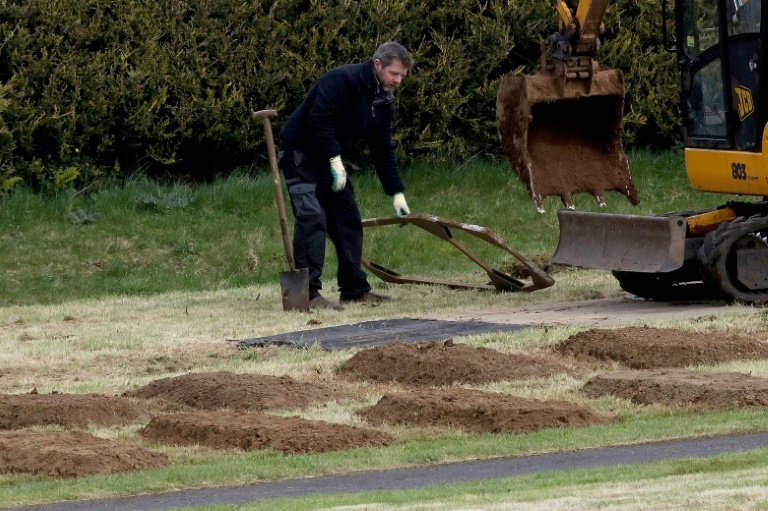 Workmen pre-dig graves at Sixmile Cemetery in Antrim, near Belfast, in Northern Ireland on April 2, 2020 / © AFP/File

The government has promised an enormous package of support for businesses and employees hit by the measures.

New government figures show 950,000 people applied for state welfare support known as universal credit in the last two weeks. It is available to the unemployed and those on low incomes.