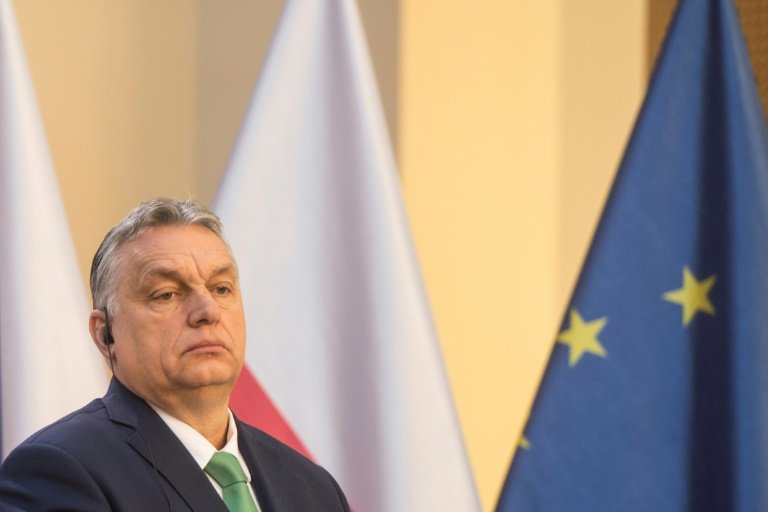 While saying EU countries may need extraordinary measures to tackle the pandemic, she added: "I am concerned that certain measures go too far -- and I'm particularly concerned with the situation in Hungary."

Hungary's parliament, dominated by Orban's ruling party, handed the prime minister the power from Tuesday to rule by decree until his government decides the virus crisis is over.

The emergency law also threatens journalists with prison if they publish "falsehoods" about the virus or the government's actions to slow it.

On Thursday Hungarian government spokesman Zoltan Kovacs sharply rejected criticism of the law, saying: "Not only are we being criticised, but we are being subjected to a political witch-hunt and coordinated smear campaign."

The law has sparked alarm among rights groups, media organisations and several EU countries, with fears it was a power grab by Orban, who has ruled Hungary for the past decade.

Thirteen EU nations, including heavyweights France and Germany, issued a joint statement on Wednesday that -- without explicitly naming Hungary -- said they were "deeply concerned about the risk of violations of the principles of rule of law, democracy and fundamental rights arising from the adoption of certain emergency measures".

Von der Leyen up to now had been similarly circumspect, avoiding singling Hungary out by name. On Tuesday, she emphasised that coronavirus emergency measures in EU countries must be limited, proportionate and cannot last indefinitely.

In response to questions on Thursday specifically on Hungary, von der Leyen said where measures do not meet those criteria "we will take action as necessary as we have already done in the past".

Her Commission, she added, was "mapping the whole situation".

Orban's government argues that it is upholding EU values and press freedom with the emergency law.

On Thursday Hungary's justice ministry reacted to the joint statement by saying: "We deeply regret that the statement was not open for all Member States to join."

Values of democracy and human rights "must not be used to create divisions, especially at a time when the European Union is in great need of unity and solidarity," the ministry said.

Hungary had no objection to scrutiny of its "exceptional measures" but suggested this should take place once the crisis was over.

Orban, frequently in hot water with the Commission over his anti-EU stances, is worried about his Fidesz party remaining part of an EU-wide conservative political grouping, the European People's Party (EPP).

He contacted leading EPP figures -- including -- in a letter obtained by AFP -- the head of Germany's powerful CDU, Annegret Kramp-Karrenbauer, appealing for support, party figures said.

On Thursday leaders of 13 EPP parties called for Fidesz to be expelled and for the European Commission to "address the situation in Hungary forcefully", with the Greek and Norwegian prime ministers among the signatories.