In early March, 31-year-old Melchior visited a doctor in his home country of Haiti, complaining of headaches.

He underwent an MRI, and got his diagnosis several days later: a tumor in the pituitary gland, at the base of his brain.

Melchior's neurologists told him the surgery he needed could not be performed in the country, where the poorly funded health care system is ill-equipped to handle cancer patients.

But with flights out of Haiti suspended due to the coronavirus pandemic, it is not clear whether the surgery can be performed anywhere else either.

And the clock is ticking.

Melchior is among the thousands of Haitian cancer patients who seek treatment abroad, and whose lives could now be at risk because of the crisis -- but not the actual virus itself.

"I had paid for my tickets to Cuba but the night before I was supposed to leave, the president said they had to close the borders, close the airports due to the pandemic," Melchior told AFP in a telephone interview. 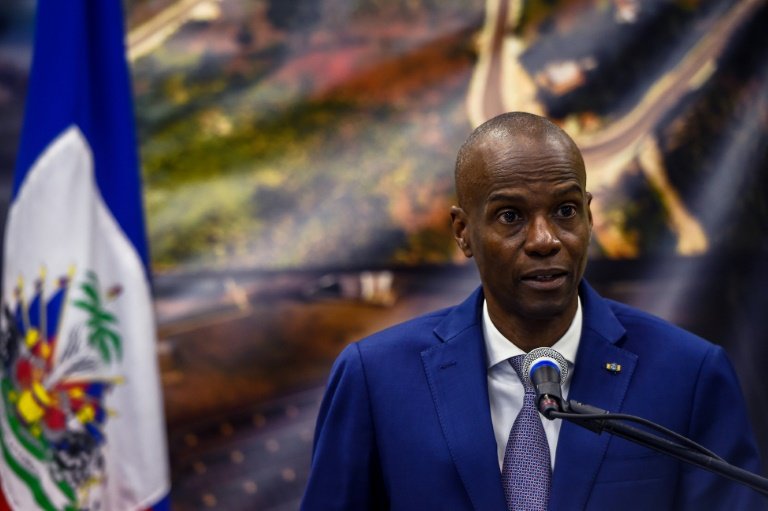 Haitian President Jovenel Moise, seen here in January 2020, has put a halt to all air travel in and out of the country after it recorded its first coronavirus cases / © AFP/File

Many countries have curtailed travel in a bid to stop the spread of the deadly virus, but there are of course some exceptions to the ban.

Melchior, who asked that AFP not use his last name, could present an official document from the hospital in Cuba, explaining that they plan to perform his operation, in order to get special clearance to leave.

But when he contacted the hospital, the global nature of the health crisis threw a new obstacle in his path.

"They told me that they were closed. Cuba ordered them to shut down because their doctors had gone to Europe to help the countries hit by the pandemic," he said, darkly laughing at the irony.

The world's laser focus on COVID-19 -- which has already killed more than 21,000 people worldwide -- has health care professionals in Haiti concerned.

"Now everyone is paying attention to the coronavirus, even while other diseases are still very much present," said Pascale Yola, who runs the country's only pediatric oncology unit. 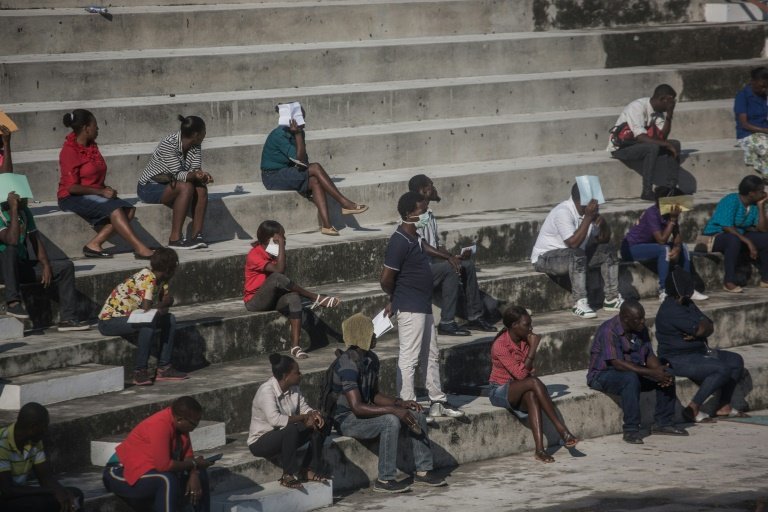 Even before the new travel constraints, receiving a cancer diagnosis in Haiti can be news that is just short of a death sentence.

In a country where 35 percent of the population is under 15, the sole pediatric oncology center only has 17 beds.

"The survival of these children really depends on this epidemic now," warned Yola.

Radiation therapy is not available in Haiti. Young people under Yola's care who need such treatment are often sent to the neighboring Dominican Republic.

"We have three children on the waiting list right now," the doctor said.

"When they declared the first coronavirus cases in the Dominican Republic, we had to cancel these trips to ensure the children are not exposed to the virus. That could be fatal for them, just like for everyone else."

Even the treatments Yola can provide are on hold in many cases, as Haiti's already low blood supply has taken a hit now that the virus is present in the country.

Surgeries have been postponed for patients at her clinic, said Yola, but she warned the situation affected far more people with cancer.

"Adult patients who are currently in Haiti cannot continue with their treatment. It's a major problem," she said. "The disease will progress and they will die."

Melchior and his loved ones have tried to bring his plight to the attention of Haitian authorities, though his health has made even that effort difficult. And so far, he's had no luck.

"I have had to go out nearly every day," he said. "And that is all while the virus is spreading in Haiti. I have to protect myself, try to limit my outings."

Without treatment, Melchior is now experiencing painful migraines daily and has lost vision in his left eye.

But he remains upbeat.

"Luckily, I am surrounded by great people who cannot cure me of a tumor, but who can cheer me up," he said.