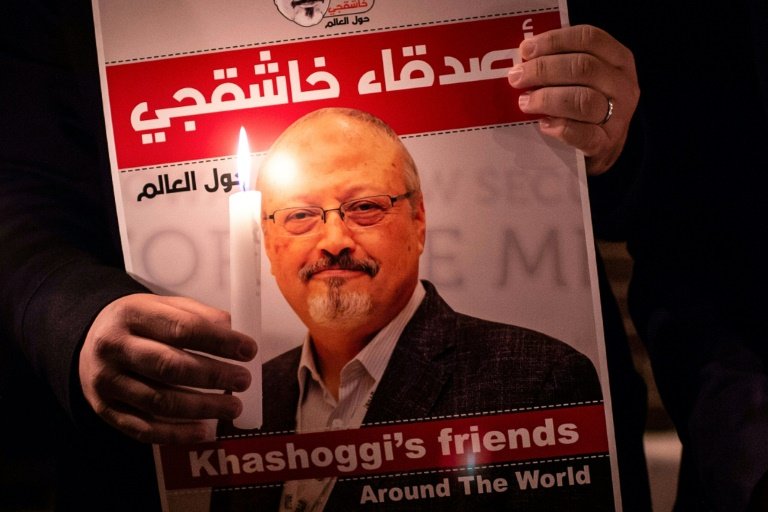 Khashoggi, 59, a commentator who wrote for The Washington Post, was killed after he entered the Saudi consulate on October 2, 2018, to obtain paperwork for his wedding to Turkish fiancee Hatice Cengiz.

The Saudi insider-turned-critic was strangled and his body cut into pieces by a 15-man Saudi squad inside the consulate, according to Turkish officials.

His remains have never been found despite repeated calls by Turkey for the Saudis to cooperate.

Riyadh insists he was killed in a "rogue" operation.

But the CIA, a UN special rapporteur and Ankara have directly linked the Saudi crown prince to the killing, a charge vehemently denied.

Cengiz on Wednesday welcomed the charges, describing the prosecutor's decision as a "good step towards justice".

She urged the US National Director of Intelligence to publish a report on who is responsible for the murder, and called on Washington to carry out "an international investigation".

"Not holding Jamal's real killers accountable gives those officials a green light to continue their oppression of their people (and) sends the wrong message to the world that the wealthy and powerful are above the law."

Turkey carried out its own investigation after being unhappy with Saudi Arabia's explanations.

The Istanbul prosecutor's office said in a statement that Assiri and Qahtani were charged with "instigating the deliberate and monstrous killing, causing torment". 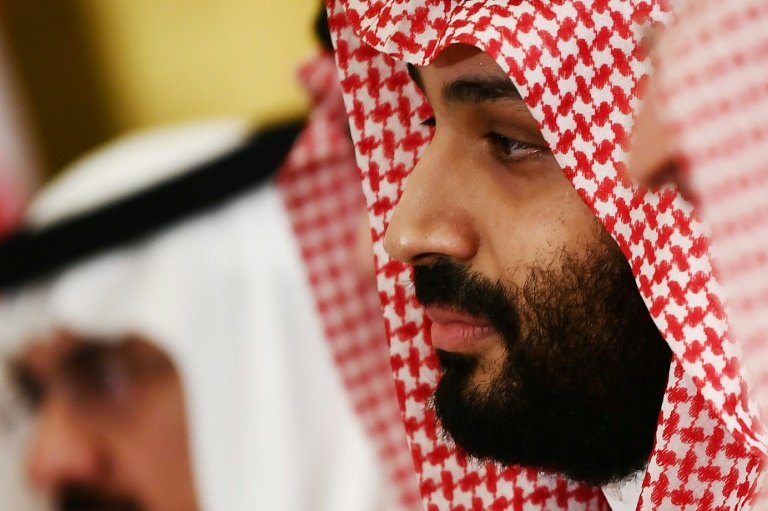 The CIA, the UN and Turkey have directly linked Crown Prince Mohammed bin Salman to the killing, a charge the kingdom vehemently denies / © AFP/File

The murder caused relations between Ankara and Riyadh -- longstanding rivals -- to worsen.

Saudis, who enjoy investing and holidaying in Turkey, were urged to boycott the country last year.

Turkey meanwhile is a key backer of Qatar, especially after a Riyadh-led economic blockade began against the Gulf state in 2017, and is accused of supporting groups including the Muslim Brotherhood.

Saudi Arabia views the Brotherhood as an existential threat.

Turkish President Recep Tayyip Erdogan has vowed Ankara will not give up the case.

Eighteen other suspects -- including intelligence operative Maher Mutreb who frequently travelled with the crown prince on foreign tours, forensic expert Salah al-Tubaigy and Fahad al-Balawi, a member of the Saudi royal guard -- were also charged with "deliberately and monstrously killing, causing torment".

They face life in jail if convicted.

Mutreb, Tubaigy and Balawi had been among 11 people on trial in Riyadh. Western officials said many of those accused defended themselves by saying they were carrying out Assiri's orders, describing him as the operation's ringleader.

Five unnamed people were sentenced to death in Saudi Arabia in December while three others were handed jail terms totalling 24 years over the killing.

Qahtani had been investigated but he was not charged by the Saudi authorities because of "insufficient evidence" while Assiri was charged but eventually acquitted on the same grounds.

The Turkish prosecutor said a trial in absentia would be opened against the 20 suspects but did not give a date.

The prosecutors have already issued arrest warrants for the suspects who are not in Turkey.