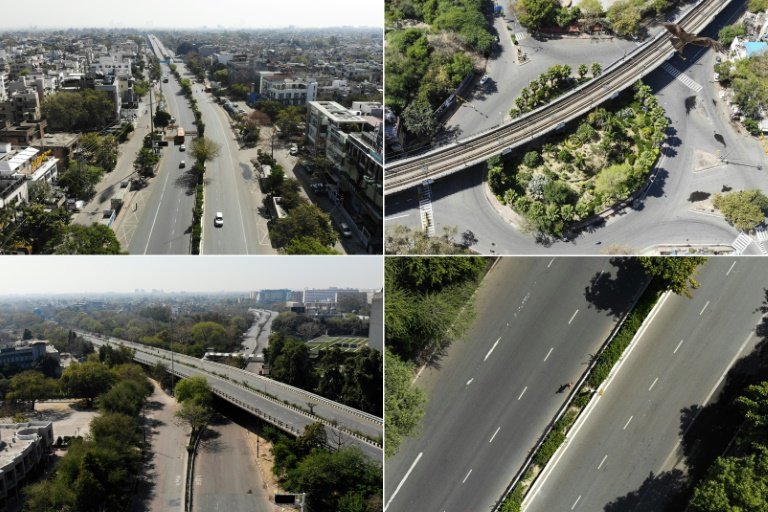 Anxious Indians raced for essentials on Wednesday as an unprecedented 21-day lockdown across the nation of 1.3 billion people all but emptied normally traffic-choked roads.

Many shelves in the megacities of New Delhi and Mumbai were stripped bare of staples like lentils and rice as the world's second most populous country lurched into a shutdown aimed at slowing the spread of the new coronavirus.

"We are going to face major shortages in the days ahead. And at the same time prices are also going up -- tomatoes have more than doubled in price," he said. 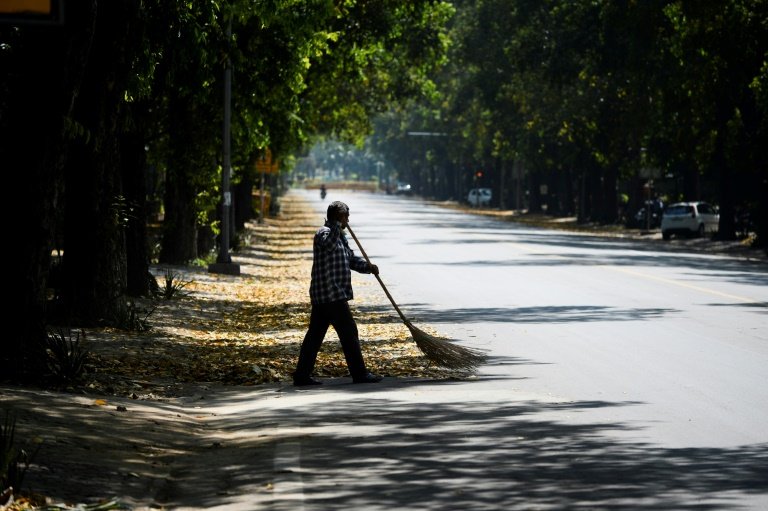 In the polluted capital New Delhi, some buses still operated -- with drivers only allowing the holders of government passes to board -- but police and paramilitaries were stopping private vehicles.

At one checkpoint near the India Gate monument, masked officers turned away some government officials in chauffeur-driven cars. "Outrageous," one official was heard to shout through his car window.

In Ghaziabad, outside Delhi, many people said they were scared by the new measures, and complained the rules of the lockdown were not clear -- a situation not helped by newspapers not being delivered in many places. 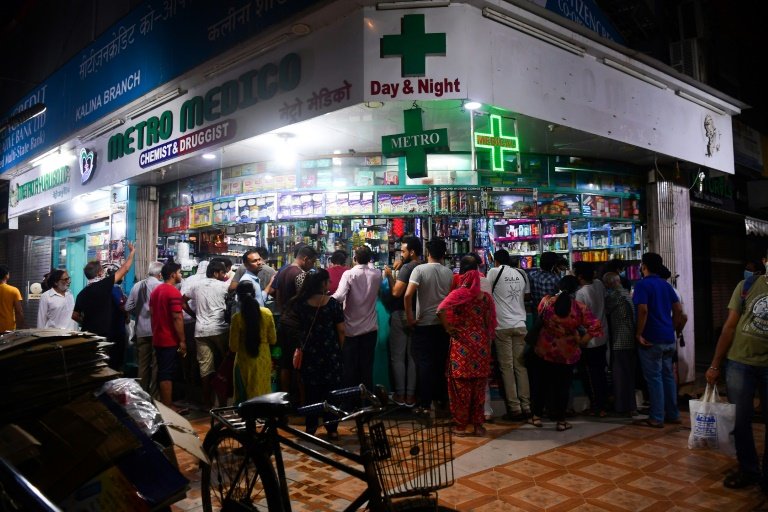 In the hours after the lockdown announcement, people rushed to stock up on medicines and groceries / © AFP

Some said they had been harassed by police when they went to buy medicine.

Under the order, announced by Prime Minister Narendra Modi on Tuesday, people could face up to two years in jail and an unspecified financial penalty if they flout the rules.

As panic buying began to grip the country in the hours after his televised speech, Modi took to Twitter to try to calm fears of shortages.

"Essential commodities, medicines etc. would be available. Centre and various state governments will work in close coordination to ensure this," he said.

But on Wednesday, shopkeepers were fretting about keeping their stores open, complaining that suppliers were being barred from entering the cities. 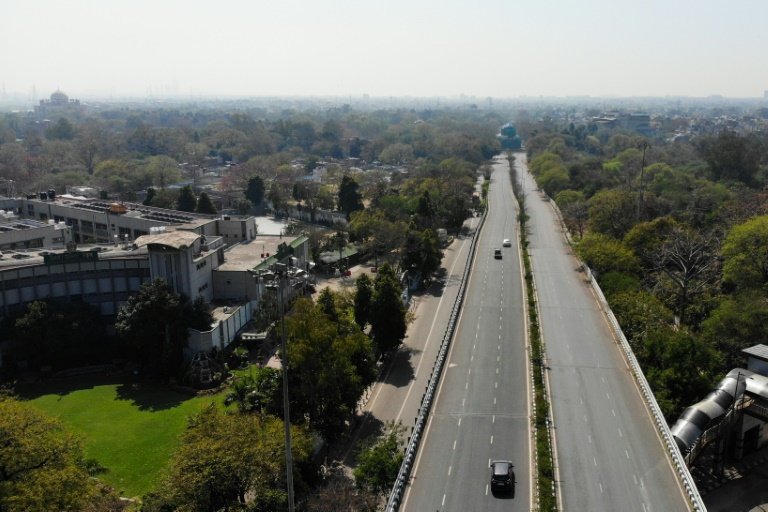 "I am getting milk, eggs and bread. But let's say on an average, I get 100 packets of bread, today I've only got 20," one Delhi shopkeeper who identified himself as Pradeep told AFP.

"I'm giving it to people as and when they come. I'm not sure how long the existing stock is going to last," he said.

Street cleaner Ajay said he and his colleagues had been told to come to work every day.

"But there is a shortage of staff. We live close by and we have our own vehicles. But those who stay in other bordering states are not able to come here. Transport is limited," he said.

Brandishing a mask he had bought with his own money, he said he now feared that he could get ill.

"There are many like me. Won't we get the virus? We don't have protective gear," he said. 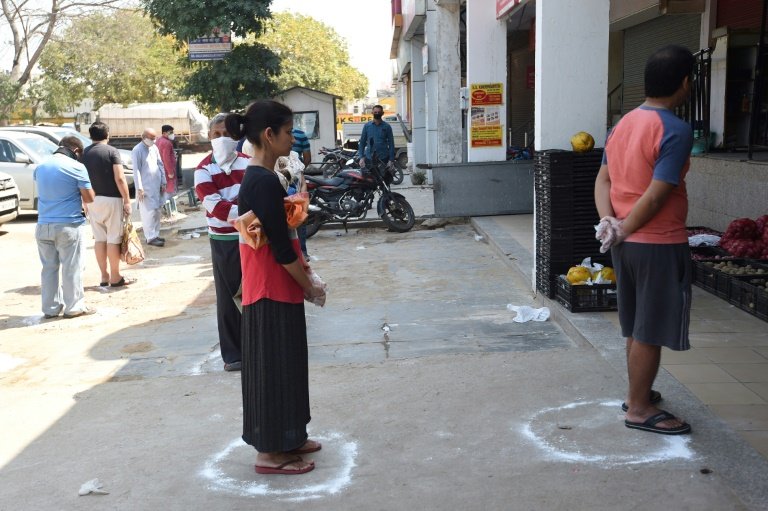 From the normally bustling restaurant area of Mumbai to the western city of Ahmedabad, streets normally thronged with smoke-belching traffic were almost silent.

Birdsong could be heard in many neighbourhoods, replacing the klaxons of buses and the endless beeping of motorised rickshaws that usually crowd some of the most densely packed places on Earth.

Even outside the cities the lockdown was biting, with AFP journalists reporting villagers in some rural areas had erected bamaboo barricades to prevent anyone coming or going.

But among the frustration, there was support for Modi's move, which brings India into line with much of Europe, and large parts of the United States.

A lockdown is "the only way the disease spread can be checked," Dhirendra Kumar, a retired lawyer in the northern city of Lucknow told AFP.

"We had better support this lockdown."