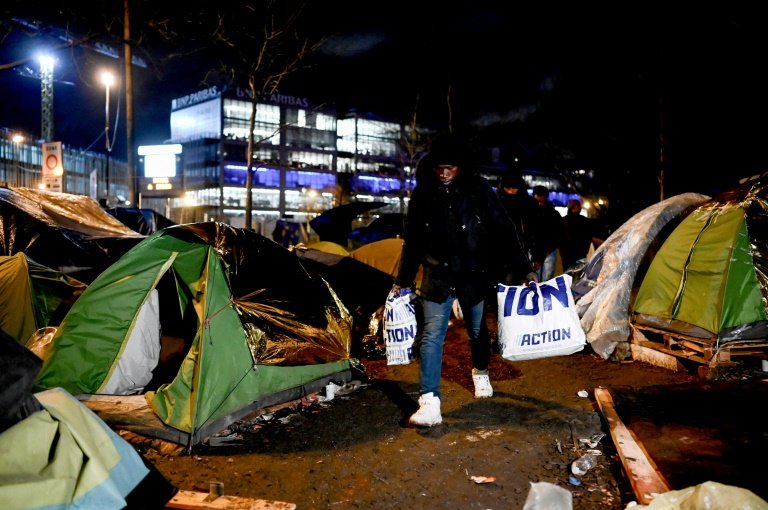 French police removed hundreds of migrants from a camp just north of Paris on Tuesday in the first such move aimed at limiting coronavirus spread among homeless people around the capital.

The migrants began boarding buses in Aubervilliers at dawn, with officials saying they were headed for gyms and hotels in Paris and a nearby suburb.

Prefect Michel Cadot, the government's top official for the Paris region, announced the evacuation last week estimating that over 500 beds would be found for rough sleepers.

Interior Minister Christophe Castaner said the operation was aimed at "protecting the health of the most precarious populations... notably by preventing large gatherings."

Authorities were not checking the migrants' immigration status, he said in a statement.

The France Terre d'Asile aid group said 300 to 600 people were living at the Aubervilliers camp, one of dozens that have sprung up regularly in and around Paris since large waves of asylum seekers began arriving in Europe in 2015.

Officials said they would receive medical checks to see if any were showing  coronavirus symptoms.

Prime Minister Edouard Philippe announced on Monday that nationwide orders for people to stay at home would be reinforced in a bid to curtail the outbreak.

He said keeping people from public spaces was necessary to reduce the number of cases in overstretched hospitals.