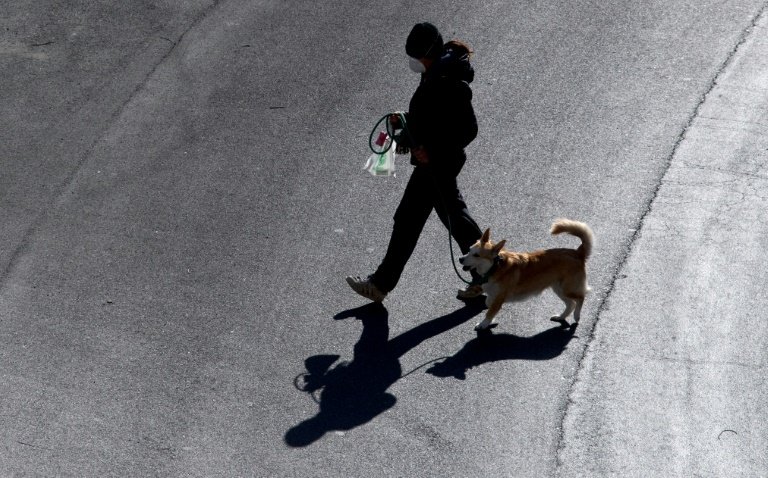 Italy has been in lockdown since March 12 / © AFP/File

But Angelo Borrelli also noted that the real number of infections was probably 10 times higher than the official count.

The civil protection chief also said the nation of 60 million was on course to overtake China's total number of confirmed COVID-19 cases in a week.

"The measures we took two weeks ago are starting to have an effect," Borrelli said in an interview with the La Repubblica daily.

He said more data over the next few days will help understand "if the growth curve is really flattening."

The Mediterranean country has seen the number of daily fatalities come down from a world record 793 on Saturday to 651 on Sunday and 601 on Monday.

The number of new officially registered infections fell from 6,557 on Saturday to 4,789 on Monday.

Italy's figures offered a ray of hope in the middle of a global crisis that is becoming increasingly urgent in parts of Europe and the United States.

Scientists believe that countries such as Spain and France are following in Italy's footsteps with a lag of a few weeks.

The numbers from the US are also similar to those of Italy's from about 20 days ago.

Most other European nations and some US states have followed Italy's example and imposed their own containment and social distancing measures designed to stop the spread.

Italy's national lockdown went into effect on March 12 and is due to expire at the end of Wednesday.

Almost everything has been either closed or banned across the country for the past two weeks. 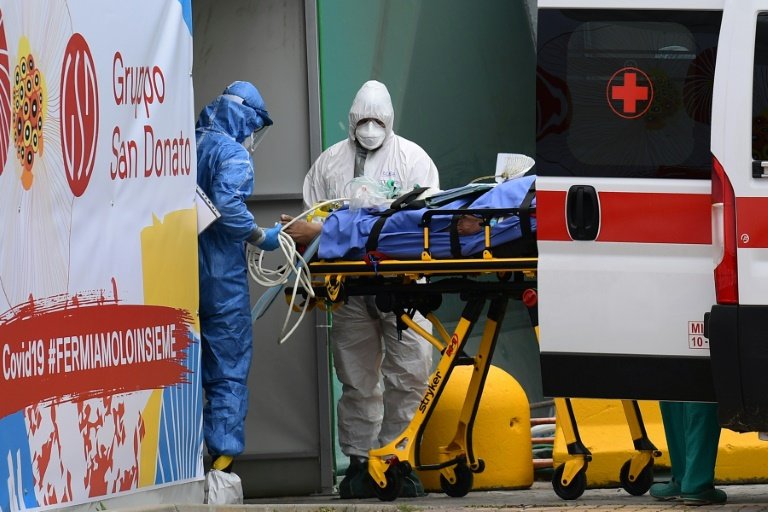 The number of new officially registered infections fell from 6,557 on Saturday to 4,789 on Monday / © AFP/File

All this makes the data that Borrelli has gathered from Italy's 22 regions of crucial interest to global policy makers and medical experts.

But Borrelli and other Italian medical officials have been extremely cautious to draw any definitive conclusions from the two-day drop.

Italy's daily deaths are still higher than those officially recorded in China at the peak of its crisis in Wuhan's central Hubei province.

They are also higher than those seen anywhere else in the world.

Italian officials are using the drop to double down on their message for everyone to stay home at all times, no matter the personal discomfort or economic pain.

Most big global banks think Italy has already entered a deep economic recession that could be more severe than anything seen in decades.

The Lombardy region around Milan that was plunged into the epicentre of the pandemic has begun imposing 5,000-euro ($5,400) fines on those outside without a good excuse.

Borrelli said he supported the measures because it was "credible" to assume "there is one infection counted for every 10 that are not".

Italy has been trying to figure out how it managed to become the global epicentre of a pandemic that began on the other side of the world.

Its 6,077 confirmed deaths are higher than those of China and third-placed Spain combined.

Borrelli did not seek to blame anyone or any single factor.

"From the very start, people were behaving in a way that fuelled the national problem," Borrelli said.

But he did point to a Champions League match between Italy's Atalanta and Spain's Valencia's football clubs in Milan's San Siro stadium on February 19 as a particularly egregious mistake.

It was attended by 40,000 fans who celebrated the local team's win deep into the night.

"We can now say, with hindsight, that it was potentially a detonator," Berrelli said of the match.