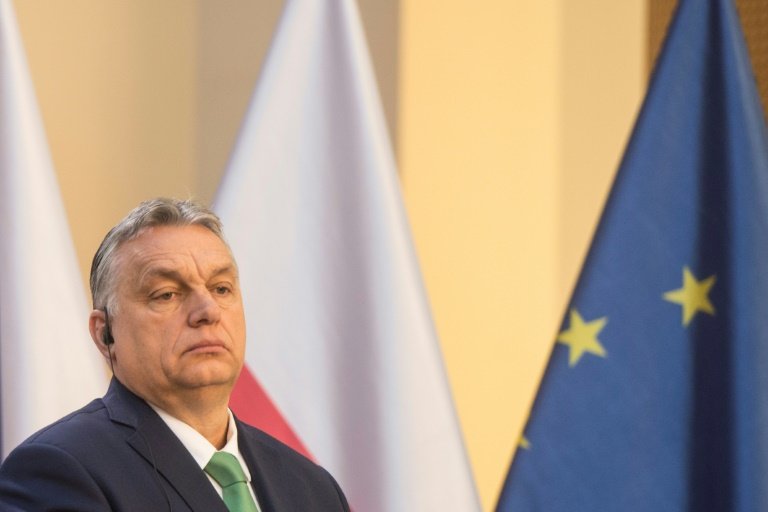 The bill, proposed by Hungarian Prime Minister Viktor Orban's right-wing nationalist government, would enable the administration to indefinitely extend the state of emergency and its associated powers of rule by decree / © AFP/File

Hungary's opposition refused Monday to let the government fast-track a bill through parliament which would give the executive sweeping new powers, including the right to extend the state of emergency declared to fight the coronavirus.

The bill, proposed by Prime Minister Viktor Orban's right-wing nationalist government, would enable the administration to indefinitely extend the state of emergency and its associated powers of rule by decree, removing the current requirement for MPs to approve any extension.

It also sets out jail terms of up to five years for anyone spreading "fake news" about the virus or the measures against it.

The bill will have to be voted on next week after opposition MPs blocked the use of an emergency mechanism that would have seen it come to a vote more quickly.

The socialist MSZP party has said the proposed law would "expose Hungary and Hungarians to the whims of Viktor Orban indefinitely".

In a joint statement on Monday several such groups, including Amnesty International's Hungarian chapter, said that "unlimited power is no solution" to the crisis and drew parallels with what they say were the Orban government's previous attempts to remove checks on its power.

The EU has also previously criticised Orban's government for curbing the independence of the courts as well as curtailing media freedoms.

While refusing to comment on the new bill directly, on Monday Christian Wigand, a European Commission spokesman, reminded member states that "any emergency measures taken to address the crisis... should be proportionate and necessary".

"In times of crisis it is more important than ever that journalists can do their job properly, precisely so to avoid disinformation," he added.

"All emergency measures should be temporary in nature to address a particular crisis situation," he went on.

However, Orban was undeterred, telling opposition parties on Monday: "We will solve this crisis without you".

He insisted that "the defence (against the virus) is impossible with peacetime laws".

The bill is almost certain to be made law when it does come before MPs as Orban's Fidesz part enjoys a two-thirds majority in parliament.

Hungary has so far recorded 167 infections from the new virus and eight deaths.