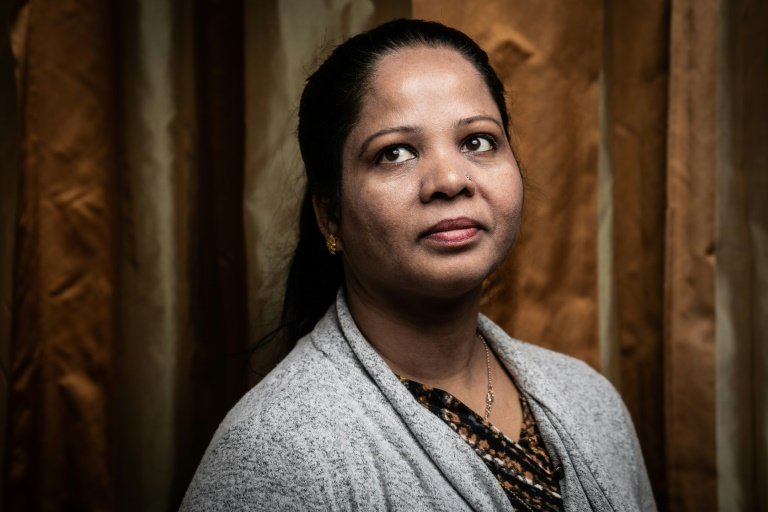 The allegations against Asia Bibi date back to 2009, when Muslim field labourers working beside her refused to share water because she was Christian / © AFP

Asia Bibi, the Pakistani Christian who spent eight years on death row on blasphemy charges, spoke Tuesday of trying to make a new life in a strange country and her dreams of returning home.

While safe in Canada, which granted her a one-year stay after she was freed from jail, she has yet to taste true freedom.

"Well, I haven't visited Canada yet. I have stayed at home, mostly... I don't go out much and basically it is because of the cold and the snow," the 48-year-old told AFP in an interview in Paris, speaking in Urdu through an English translator.

She does not speak either of Canada's official languages, English or French, and is largely illiterate.

She misses her sisters, brother, father and in-laws back home. But most of all having "four (distinct) seasons, my culture and my food!"

Bibi said she was hopeful things would change to allow her and her family -- husband Ashiq, 58, and daughters Eisham, 20, and 21-year-old Eisha, who is disabled -- to return to Pakistan one day.

"I really hope for it, just the way I kept hope when I was in jail that one day I was going to be free," said Bibi.

The allegations against Bibi date back to 2009, when Muslim labourers working with her in the fields refused to share water because she was Christian.

An argument broke out and a woman went to a local cleric to accuse Bibi of committing blasphemy against the Prophet Mohammed, an incendiary charge in Muslim-majority Pakistan.

She was sentenced to death the following year, but then dramatically acquitted by the Supreme Court in 2018.

In her book, Bibi recounted how she was kept chained in prison and jeered at by other detainees.

An ardent Catholic, she insisted Tuesday that she never committed blasphemy.

"No way... I cannot even think of insulting any prophet. I didn't say anything. It was all about a glass of water."

In Canada, Bibi lives with her husband and daughters in a three-room apartment in an undisclosed location. She said she had not recently received any direct threats.

"I did read in the newspapers that someone was threatening to kill me. But I just keep calm. I'm strong."

As for the immediate future, Bibi said she did not know where the family would go next.

"I know the European Union is working very hard on my case and they are the ones who will decide where I am going to be living," she said, adding she would "very likely" discuss possible French asylum at a meeting with President Emmanuel Macron on Friday.

Bibi hopes one day to help other people persecuted for their beliefs.

"I feel that all of us, we should unite to help those people who are imprisoned under such blasphemy laws, not only in Pakistan but around the world."

On Friday, she received the honorary citizenship of Paris from Mayor Anne Hidalgo, who said she would support any asylum bid in France and hailed Bibi's "courage".