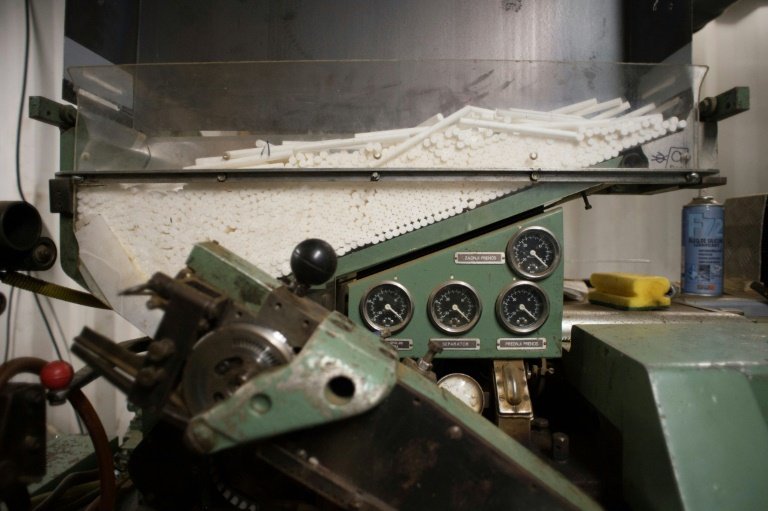 The factory, which was four metres underground, could produce more than 3,500 cigarettes per hour / © AFP

Spanish police have rescued six workers who were left trapped and gasping for air in a counterfeit cigarette factory located in a bunker four metres (13 feet) underground, police and Europol said Thursday.

Both Europol and Spanish police said it was the first underground counterfeit cigarette factory discovered in the European Union.

Police found the site last week underneath some stables near Moran, a mountain town in the southern province of Malaga.

Capable of producing more than 3,500 cigarettes an hour, the manufacturing complex was fitted with living quarters and beds, they said in separate statements.

"When officers entered the clandestine factory, they found six workers inside who were having serious difficulties breathing" because the generator that was used to pump air into the bunker had run out of gas, the Spanish police statement said.

Police had arrested 20 people suspected of running the operation early on February 13 but none of them had mentioned that six Ukrainian workers were still locked inside it, leaving them "abandoned to their fate".

"When they noticed the lack of air, they headed to the exit of the 'bunker', which was blocked from the outside, leading them to start screaming and banging on the container blocking the exit, but officers on the surface could not hear their calls for help because the installation was soundproof."

By the evening, officers managed to find the underground factory and used a forklift to move the shipping container which was hiding the entrance, rescuing the workers trapped inside.

"If the officials had not found the clandestine factory in time, the lack of oxygen would have soon made the conditions in the underground installations incompatible with the survival of the workers who were there," the statement said. 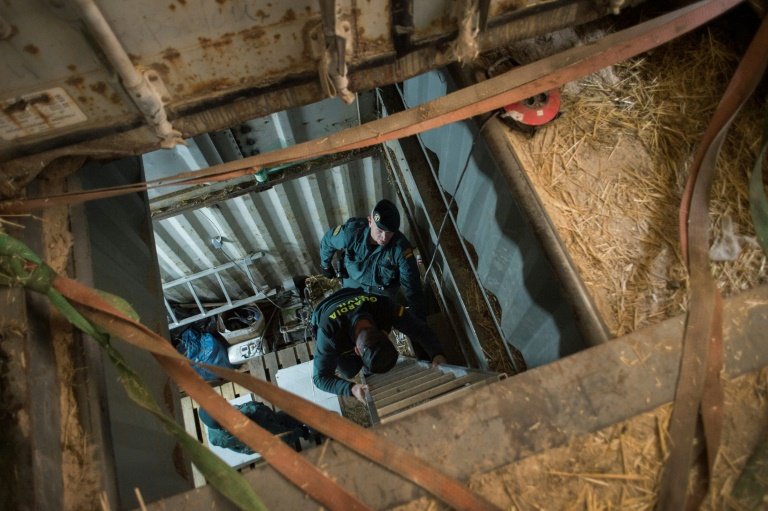 Among those arrested was a 30-year-old British national identified only by his initials D.D. who was believed to be one of the ringleaders.

Wanted by the British authorities, he went on the run while on prison furlough while serving time for drug trafficking.

Europol said the workers had been forced to work "in extremely dangerous and toxic conditions" and were "not allowed to leave the facility on their own".

It suspects the criminal group distributed the cigarettes on the European black market.

As part of the operation, police seized 153,000 packs of cigarettes as well as a quantity of cannabis resin and marijuana.