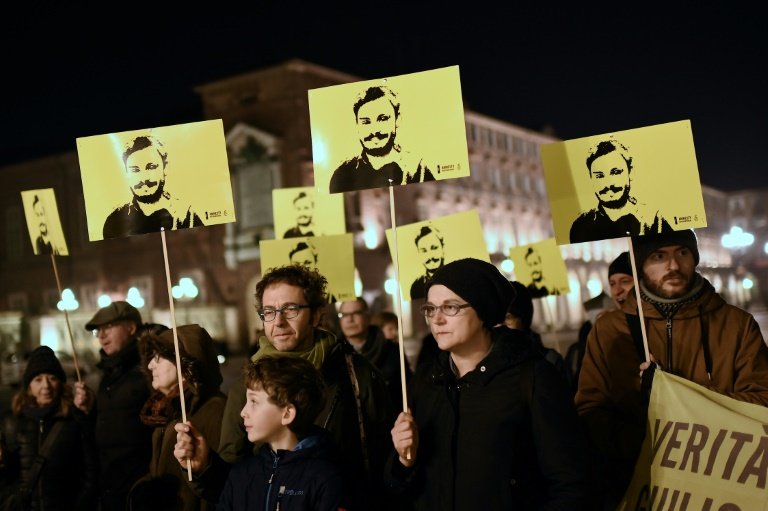 Italy on Sunday called on Egypt to release a young Egyptian researcher and activist based at Bologna University, saying it had reason to believe the security forces had tortured him.

The incident has revived painful memories of the 2016 disappearance and murder of an Italian researcher in Cairo, a case for which which the Italian authorities are still seeking answers.

Patrick Zaky, 27, a graduate student at Bologna University in northern Italy, was detained late on Friday as he arrived to visit his family.

He was held on a warrant issued in September after he left to pursue his studies, according to the Egyptian Initiative for Personal Rights (EIPR), a prominent rights organisation where he is a researcher.

They said he had been charged with "harming national security" and "broadcasting false news" -- and that he had been beaten and electrocuted by security forces.

He had a "well-founded fear that the young Egyptian researcher... is currently suffering arbitrary and unjustified detention and that he is a new victim of violence and abuse from the Egyptian security forces", he said.

He called for other European Union states to join Italy in pressing Egypt to release him.

Everything had to be done to protect Zaky's safety and "avoid a repetition of unacceptable scenes of torture", he said.

Italy's reaction is in part informed by the January 2016 disappearance of 28-year-old Italian doctoral student Giulio Regeni in Cairo, where he was carrying out research on Egyptian trades unions.

His badly mutilated body was found in a suburb of the city a few days later, bearing the marks of torture.

Bologna University, where Zaky received a grant to study for a Masters degree, has already set up a crisis cell to help him. Students there are preparing a demonstration for Sunday evening to call for his release.

Last month, rights group Amnesty International organised a demonstration in the northern city of Turin to mark the fourth anniversary of Regeni's disappearance.

Although the Egyptian authorities have repeatedly denied any involvement in his death, the affair has soured relations between the two countries.

On Saturday, Zaky made an appearance before an Egyptian prosecutor in his home town of Mansoura, in the north of the country, said judicial and security sources.

He faces charges of "incitement to protest without a permit", "inciting to overthrow the state", "running a social media account intent on... harming national security", "broadcasting false news" and "promoting terrorist acts", the sources told AFP.

He will held for 15 days for questioning.

Since he led the 2013 military overthrow of Islamist president Mohamed Morsi, President Abdel Fatah al-Sisi has overseen a crackdown against Islamists and secular critics.

It has targeted prominent dissidents, academics, activists, journalists and lawyers.