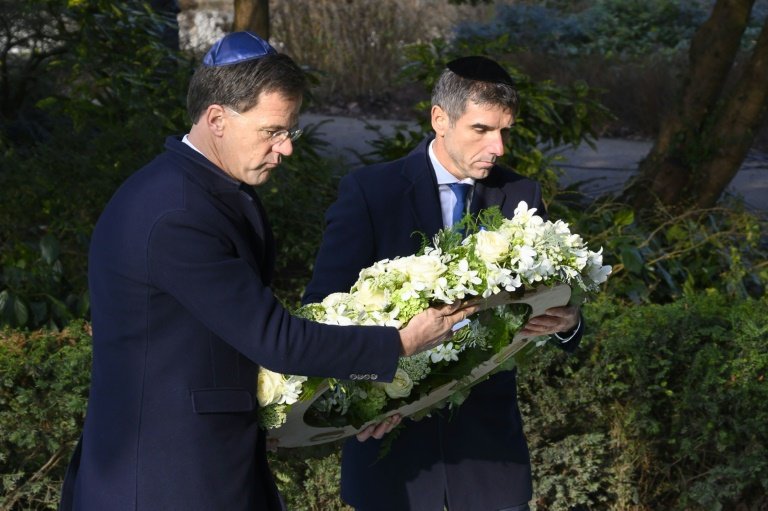 Prime Minister Mark Rutte on Sunday made the Netherlands' first government apology for the war-time persecution of Jews.

"Now the last survivors are still with us, I apologise today in the name of the government for what the authorities did at that time," Rutte said.

He was giving an address in Amsterdam in memory of victims of the Holocaust on the eve of the 75th anniversary of the liberation of the Nazi death camp at Auschwitz.

Only 38,000 of the 140,000 Jews who lived in the Netherlands survived World War II, but no government apology had been offered for the role the authorities played.

The question of an apology was raised in 2012 when Rutte was also prime minister. He said then that not enough information was available about government action during the war and there was "not broad enough support" for an official apology.

In 1995, Queen Beatrix said in a speech to the Israeli parliament that the Dutch had done enough to help their Jewish compatriots during the war.

In 2000, then prime minister Wim Kok apologised for the "icy welcome" Nazi camp survivors received on their return to the Netherlands, which the Nazis occupied from 1940-1945.

On Sunday, Rutte went further saying: "Our government institutions did not act as guardians of justice and security. Too many civil servants carried out the orders of the occupiers.

"The bitter consequences of the drawing up of registers (of Jews) and of the expulsions have not been adequately recognised, nor recognised in time," Rutte added.

"Seventy-five years after Auschwitz, anti-Semitism is still amongst us. That's exactly why we fully recognise what happened and say it out loud," Rutte said. 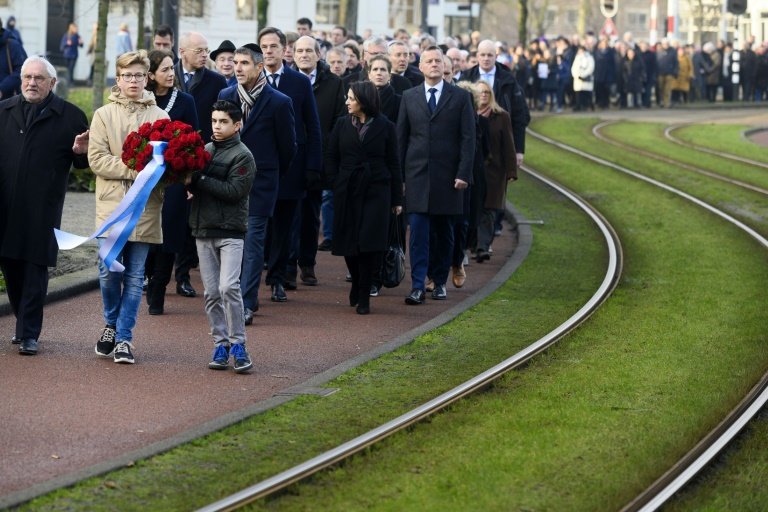 Sunday's ceremony included a silent march to the monument / © ANP/AFP

A number of Holocaust survivors were present at the ceremony to hear Rutte's apology.

"I lost everything during the war," said Zoni Weisz, in comments to Dutch broadcaster NOS.

Weisz, who was a child during the war, lost his parents, brother and sisters, all of whom perished in the Nazi death camps.

"They cannot have died in vain," said the 82-year-old. "In this respect, it is important that apologies be made. And for myself, I accepted them.

Holocaust survivors will gather in Auschwitz on Monday to mark 75 years since Soviet troops liberated the camp, while world leaders held a sombre remembrance ceremony in Jerusalem last Thursday.

More than 1.1 million people, mainly Jews, were killed at Auschwitz-Birkenau.