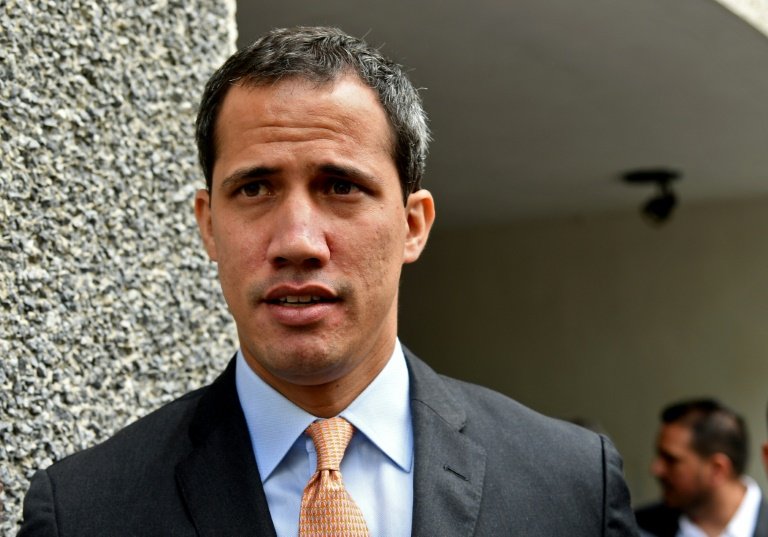 Venezuelan opposition leader Juan Guaido surfaced in Colombia on Sunday to meet with US Secretary of State Mike Pompeo, as his power struggle with President Nicolas Maduro entered a challenging new phase.

"Already in #Colombia," the Venezuelan National Assembly leader wrote on Twitter, thanking Colombian President Ivan Duque for his "support for the struggle."

The move comes after an overture by Maduro for direct negotiations with the United States on an end to crippling US sanctions, and amid signs he is preparing for renewed confrontation with the opposition.

Guaido, who is recognized by the United States and more than 50 other countries as Venezuela's acting president, will meet with Pompeo in Bogota.

Pompeo told reporters on a flight from Germany to Colombia that Guaido was "the duly elected leader of Venezuela."

"I look forward to having a meeting with him," Pompeo said. "Maduro has been destructive... Our mission set is to deliver a set of free and fair elections to the Venezuelan people."

The US secretary of state is scheduled to arrive in the Colombian capital on Monday at the start of a Latin American tour.

"We will generate the conditions that will lead us to liberty," Guaido said, anticipating he would return to Venezuela "full of good news."

Duque, also on Twitter, said he would hold a working meeting with Guaido, and that they would both attend a regional summit Monday on the fight against terrorism.

Guaido has been barred from leaving Venezuela since proclaiming himself acting president a year ago, after the National Assembly declared Maduro a "usurper."

He has defied the travel ban once before, in February, when he secretly traveled to Colombia and then visited several other countries to marshal regional support for his challenge to Maduro.

The United States has been Guaido's leading international supporter, but the opposition bid to force Maduro's ouster has stalled.

The political and economic crisis, which has driven an estimated 4.5 million people to emigrate, appears to be building to another peak, however.

Guaido has headed the National Assembly for the past year, but he faced a challenge early this month when Maduro supporters used strong-arm tactics to try to prevent his re-election.

Maduro has proposed holding parliamentary elections this year, with the aim of retaking control of the National Assembly, the only national institution in opposition hands.

Guaido, who has long demanded new presidential elections to replace Maduro, has vowed to fight any move to hold parliamentary elections with the Supreme Court and the National Election Council firmly under control of Maduro allies.

Maduro, meanwhile, has reached out to Washington, granting the Washington Post his first interview with a US media outlet since February last year, when he expelled Univision journalists from Venezuela.

In the interview, Maduro said he was comfortably in control of the country and ready for direct negotiations with the United States to end crippling sanctions imposed by US President Donald Trump.

"If there's respect between governments, no matter how big the United States is, and if there's a dialogue... then be sure we can create a new type of relationship," Maduro told the Post.

Maduro indicated that, if Trump were to lift sanctions, US oil companies could benefit significantly from Venezuela's oil.