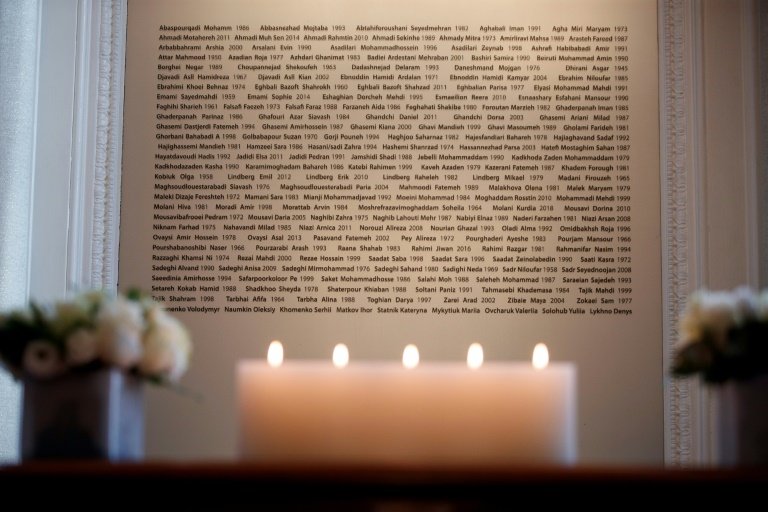 The Kiev-bound UIA Boeing 737 crashed shortly after taking off from Tehran on January 8, killing all 176 people on board / © AFP/File

Around a thousand people including President Volodymyr Zelensky bid farewell to Ukrainians who died in a plane mistakenly shot down by Iran during a spike in tensions with Washington.

Zelensky laid flowers on the flag-draped coffins of the 11 Ukrainian victims -- nine flight crew and two passengers -- during the solemn ceremony at Kiev's Boryspil airport and briefly spoke to their relatives.

The caskets were to remain for several hours at the terminal so that relatives, Ukraine International Airlines staff and ordinary Ukrainians could say their last goodbyes.

The funerals are expected to be held on Monday.

Earlier Sunday the black-clad Ukrainian leader, Prime Minister Oleksiy Goncharuk and top officials stood on the tarmac outside the terminal to see the caskets with the remains of the downed plane's nine Ukrainian flight crew and two passengers being removed from the aircraft.

The airline staff and relatives formed two lines to make a corridor through which the honour guard carried the caskets draped in the yellow-and-blue flag of Ukraine.

Some men fell to one knee to honor the victims.

The honour guard also held flags of the countries whose citizens perished in the crash.

The Kiev-bound UIA Boeing 737 crashed shortly after taking off from Tehran on January 8, killing all 176 people on board, mostly Iranian and Canadian citizens.

"Deep condolences to the relatives and eternal memory to the victims," Oleksiy Danilov, secretary of Ukraine's Security Council, said on Facebook. 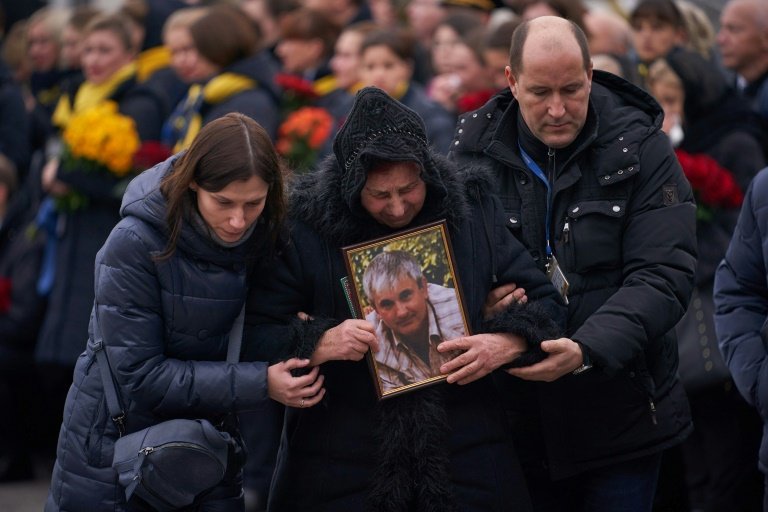 "Our work will not end until the full clarification of the circumstances of the tragedy and the punishment of the guilty," he added.

Ukrainian Foreign Minister Vadym Prystaіko said on Twitter he was "deeply grateful for the messages of condolence & solidarity that we have received from around the world."

The Boeing crashed shortly after Iran launched missiles at US forces in Iraq in response to the killing of top Iranian general Qasem Soleimani in a US drone strike in Baghdad on January 3.

Tehran admitted it had accidentally shot down the plane several days later.

Ukraine's leader has demanded that Iran punish those guilty for the downing of the airliner and compensate the victims.

Ukraine said on Friday Iran was ready to hand over the plane's black box flight recorders.