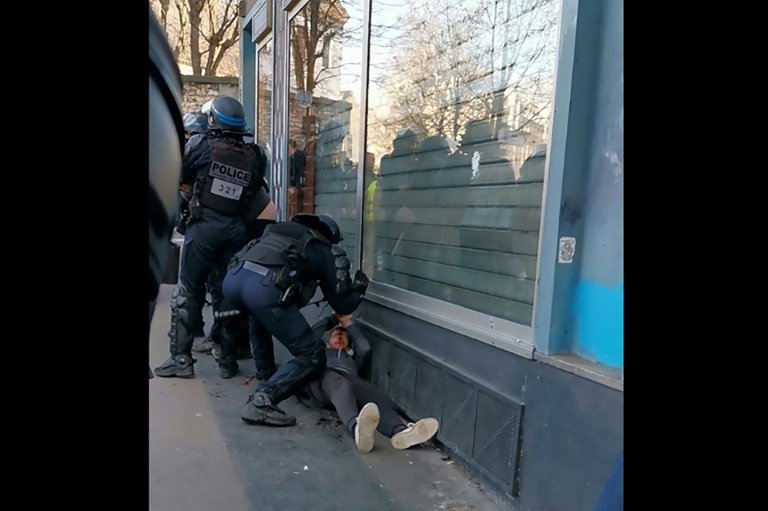 French prosecutors said Sunday they had opened an inquiry after a riot police officer was caught on camera punching a protester at a demonstration in Paris, footage that went viral online.

The move comes a month after two French policemen received suspended sentences for two separate incidents of violence against "yellow vest" protesters, both of which were also filmed.

The latest footage, filmed during Saturday's "yellow vest" protest, shows a man with a bloodied head being held down on his back by a helmeted officer, who then strikes him hard on the face.

The Paris prosecutors' office said it had ordered the police oversight body to launch an investigation into "intentional violence by a person in a position of public authority".

AFPTV footage of the incident, which happened the Gare de l'Est train station, shows the man, now on his stomach, screaming in pain as the officer pins down his elbow with his knee.

"The police chief has asked the department of public order to give a full account of this incident," the Paris police department said.

But Alliance, one of the police unions, warned against a rush to judgement, saying the rules of the law should be applied. Stanislas Gaudon, the union's national secretary, told AFP the video footage had been taken out of context.

In the video showing the man on his back being struck by the police officer, the man was not handcuffed, he said.

The authorities said 60 people were detained during the demonstration in question, which was marked by sporadic clashes between protesters and police.

But a number of recent videos showing what appear to be unjustified police violence at demonstrations have sparked outrage on social media.

One shows an officer tripping a woman during a demonstration in the southwest city of Toulouse -- she narrowly misses falling on an iron post. 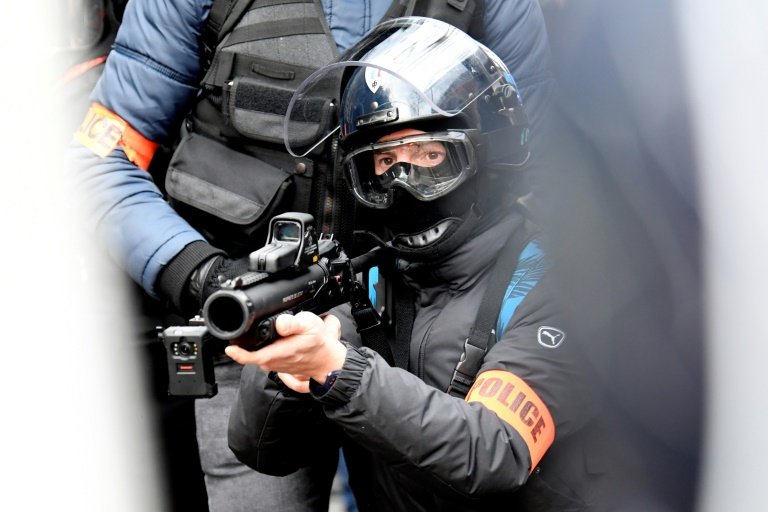 Another shows an officer firing at point-blank range a rubber bullet from one of the defensive ball launcher (LBD) guns blamed for maiming several "yellow vest" protesters who have lost an eye. A separate inquiry has opened into that incident.

Another incident that has sparked protests was the death of a delivery driver on January 3 as officers pinned him to the ground. He died after being stopped for a routine police check and an investigation has been launched.

President Emmanuel Macron warned last week that the "unacceptable behaviour" of some officers risked undermining the "credibility and dignity" of the force.

But he also denounced the violence of some extremist protesters, who have hurled paving stones and other projectiles at security forces during protests.

The anti-government protests were the latest of the weekly Saturday demonstrations held by yellow vests since November 2018, which have been boosted by opponents of a planned pensions overhaul.

Prosecutors have also opened an investigation into what they say was an arson attack early Saturday on an upmarket brasserie favoured by Macron. 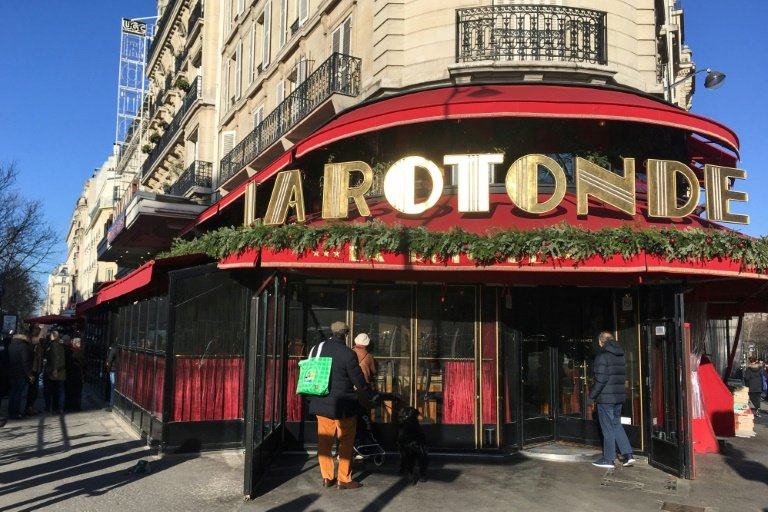 Firefighters quickly put out the blaze and traces of combustible fuel were later found on the heavily damaged of La Rotonde, in the city's Montparnasse district.

Macron drew the ire of critics after hosting a lavish party here just after winning the first round of the 2017 presidential vote.

"When there are marches and so on, you hear people saying 'Death to the Rotonde, Death to Macron'," Gerard Tafanel, who owns the bistrot with his brother Serge, told AFP.

"It happens all the time: anonymous phone calls, people who enter in the middle of the day saying 'Death to Macron'."

Unions have called for a new day of demonstrations Friday, when the government is expected to present a final version of its hotly contested pensions overhaul to Macron's cabinet for approval.