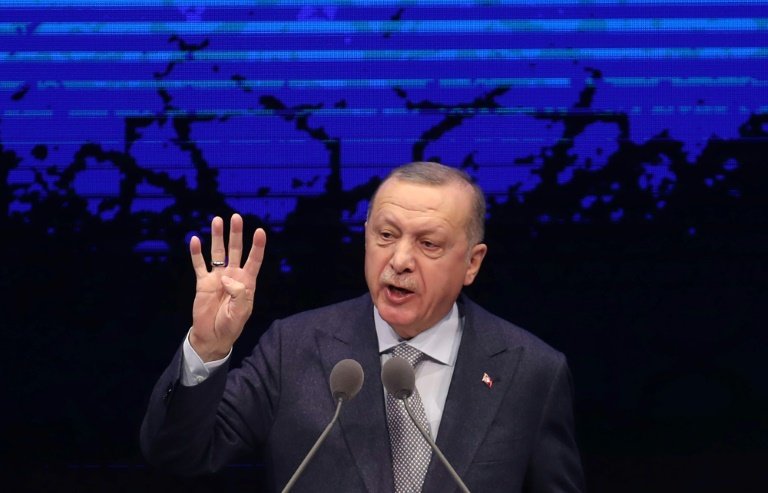 Turkish President Recep Tayyip Erdogan on Sunday said he hoped for an "important step" to cement Libya's fragile ceasefire at an international peace conference in Germany.

"We see the Berlin summit as an important step on the way to cementing the ceasefire and a political solution," Erdogan told reporters at an Istanbul airport before leaving to attend the talks.

Progress in peace efforts after the January ceasefire "should not be sacrificed to the ambitions of blood and chaos merchants", he said.

Libyan Strongman Khalifa Haftar launched an offensive last April against Tripoli, seat of the UN recognised Government of National Accord.

After months of combat killing more than 2,000 people a ceasefire took effect on January 12 backed by both Turkey and Russia, which is accused of supporting Haftar.

Ankara strongly supports the Tripoli government led by Fayez al-Sarraj and sent troops to Libya after signing military and maritime deals with the GNA.

Erdogan, who is already angry over Haftar's abandoning ceasefire talks in Moscow early this week, also slammed Greece for hosting the Libyan commander.

Haftar paid a surprise visit to Athens on Thursday.

Erdogan accused Greece of acting with "revenge" after it was not invited to the Berlin talks.

"Greece is seriously disturbed because it was not invited to Germany," Erdogan said.

And he said Greek Prime Minister Kyriakos Mitsotakis was playing a "wrong game" and taking "wrong steps" on Libya.