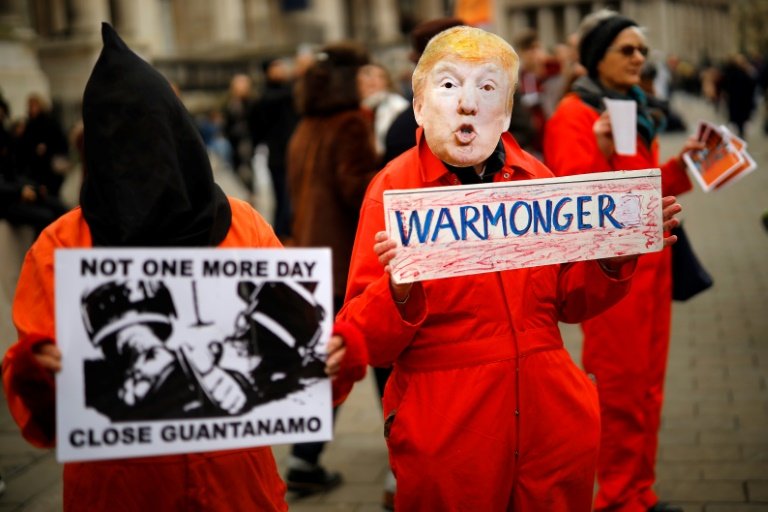 A protester holds up a placard, dressed as US President Donald Trump in Trafalgar Square during a demonstration against the threat of war on Iran, in central London on January 11, 2020 / © AFP

The head of a Canadian food giant appeared to blame US President Donald Trump for the deaths of Canadians, including an employee's wife and child, in the downing of a jetliner in Iran.

The Ukraine International Airlines Boeing 737 was shot down by a missile shortly after taking off from Tehran before dawn last Wednesday, killing all 176 passengers and crew on board.

Fifty-seven of the victims were Canadian.

Maple Leaf Foods chief executive Michael McCain said late Sunday in a Twitter message that a colleague lost his wife and child to a "needless, irresponsible series of events in Iran."

"US government leaders unconstrained by checks/balances, concocted an ill-conceived plan to divert focus from political woes," he said.

Without naming Trump, the head of Canada's largest meat packing company pointed the finger at "a narcissist in Washington" for destabilizing the Middle East region.

"The world knows Iran is a dangerous state, but the world found a path to contain it; not perfect but by most accounts it was the right direction," McCain said.

By Monday morning, the message had been shared by more than 14,000 Twitter users.

Long-standing US-Iran tensions have soared since January 3 when missiles fired from a US drone killed a top Iranian commander, Qasem Soleimani, near Baghdad's airport.

Iran responded with a barrage of missiles at two US bases in Iraq, inflicting no casualties in what was seen as an attempt to prevent a spiral of escalation.