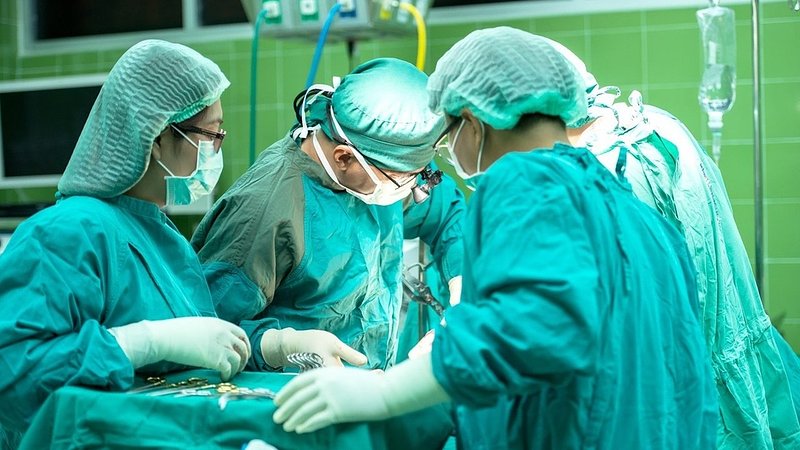 A woman has died after being set on fire during a hospital operation in Romania, the health ministry said Monday, in a case which has cast a spotlight on the ailing health system.

The pancreatic cancer patient died Sunday after suffering burns to 40 percent of her body when surgeons used an electrical scalpel despite her being treated with an alcohol-based disinfectant.

Contact with the flammable disinfectant caused combustion and the patient "ignited like a torch", lawmaker Emanuel Ungureanu said on his Facebook page, citing medical staff at the capital's Floreasca urgent care hospital.

A nurse threw a bucket of water onto the 66-year-old Romanian to prevent the December 22 fire from spreading.

The health ministry vowed to investigate the "unfortunate incident".

"The surgeons should have been aware that it is prohibited to use an alcohol-based disinfectant during surgical procedures performed with an electric scalpel," deputy minister Horatiu Moldovan said.

The victim's family said the medical staff had spoken of an "accident", but declined to offer details.

Despite some improvements due to increased funding, Romania's hospital system still suffers from dilapidated equipment and a shortage of doctors, and finds itself at the heart of repeated scandals.

In a 2015 nightclub fire that killed 64 people -- 26 on site and 38 others later -- a former health minister stands accused of having delayed, and even blocked, the transfer of burn victims abroad.

They subsequently died in ill-equipped Romanian hospitals. An inquiry is still ongoing.