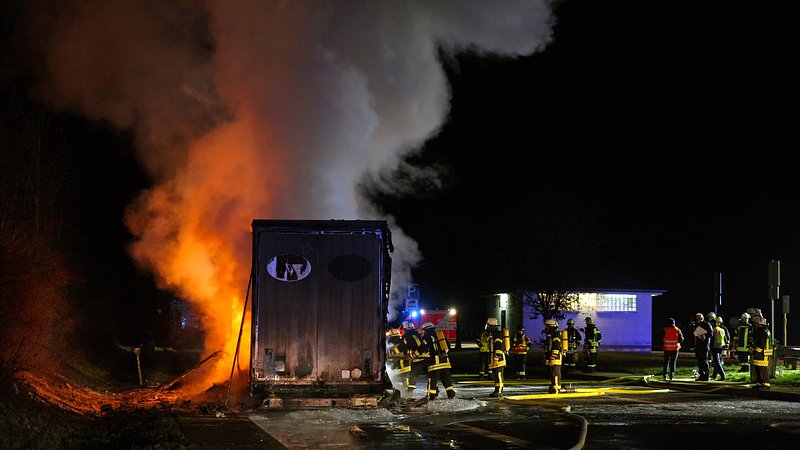 At shortly before 6am on Monday morning, a truck caught fire on the A1 between the Wasserbillig area and the Trierweiler exit.

At the "Rastplatz Markusberg" on the A1, the trailer of a truck caught fire early on Monday morning.

The driver managed to uncouple the trailer from the cab before it too was completely devoured by the flames.

The cause of the fire is still unknown.

Due toe the size of the flames, the Grevenmacher/Mertert firefighters were called in to help the German emergency services who were already present at the scene.

No one was injured in the incident and the operation to tackle the blaze did not disrupt traffic.