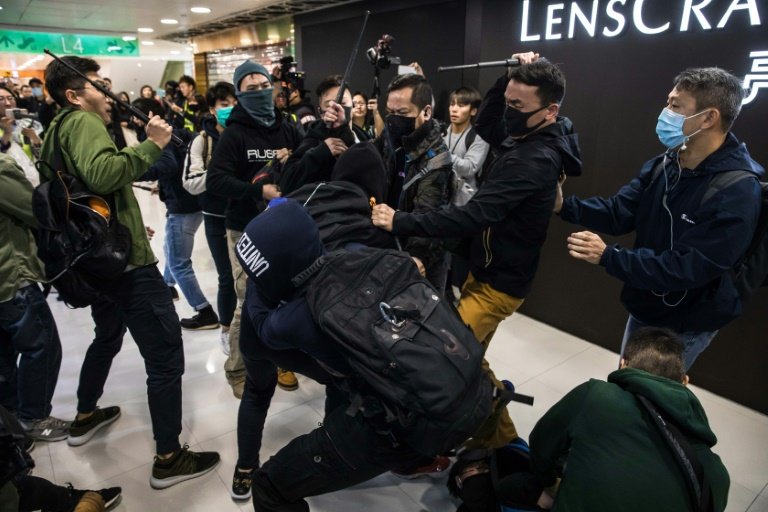 Hong Kong riot police arrested at least 15 people in clashes Saturday with dozens of pro-democracy protestors who targeted a mall near the border with China to demonstrate against mainland tourists and shoppers.

The fresh unrest ended a brief calm after protestors had battled riot police in shopping malls and streets of commercial districts across the city for three days over the Christmas period.

On Saturday afternoon, masked plain-clothed officers wielding batons arrested 14 people, including a 14-year-old girl, who were protesting inside the mall in Sheung Shui district, forcing shops to shut and harassing shoppers, an AFP reporter at the scene said. 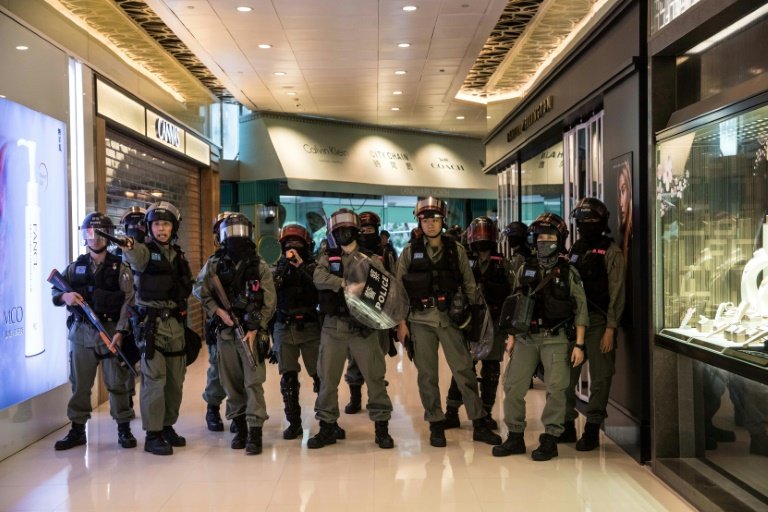 Riot police charged into the mall to reinforce the officers and used pepper spray to disperse a crowd of residents who gathered to protest against the arrests.

After the police left, some protesters stayed on a footbridge linking the mall to an MTR metro station and harassed passers-by they thought were mainland Chinese tourists.

Another man was arrested by riot police in a later incident inside the mall, his head covered in blood. 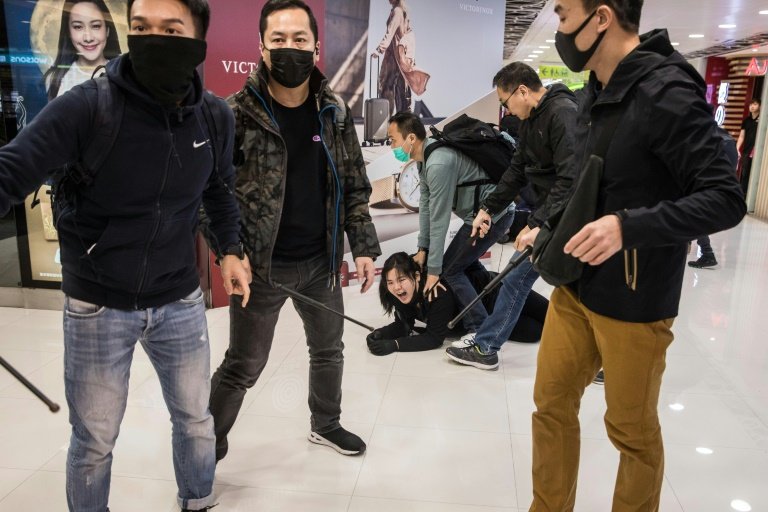 Plainclothes police detain a protester in Sheung Shui. The protests were initially sparked by an extradition bill but have since morphed into a popular revolt against Beijing's rule / © AFP

Similar protests and clashes also took place in a mall in Kowloon Bay district, where a number of people were arrested Saturday evening.

Blood and a black mask were seen by an AFP reporter on the floor where plain-clothed police subdued protesters in the mall.

In recent years Sheung Shui has been swamped by a huge influx of mainlanders and parallel traders seeking to circumvent Chinese taxes, angering many residents who have seen their local shops transformed to cater to the visitors.

Hong Kong's many malls have become regular protest venues as protesters try to cause economic disruption in their push for greater democratic freedoms and police accountability.

The last month had seen a relative drop-off in violence and protests after pro-democracy candidates won a landslide at local elections.

But with Beijing and city leaders refusing further concessions, rallies and clashes reignited over the Christmas period.

The protests were initially sparked by a now-abandoned attempt to allow extraditions to the authoritarian mainland.

They have since morphed into a popular revolt against Beijing's rule, with spiralling fears that the city is losing some of its unique liberties.

Among the demands being made by protesters is an inquiry into the police, an amnesty for the more than 6,000 people arrested and the right to elect Hong Kong's leader.