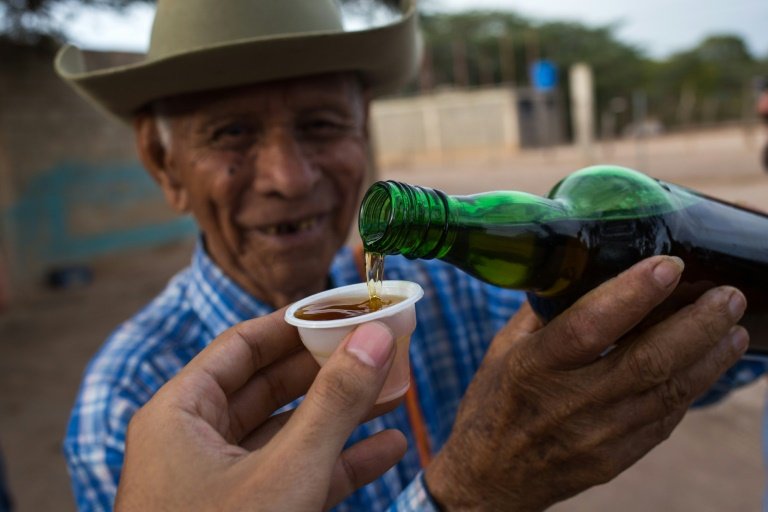 Venezuelan distiller Dolores Gimenez, 84, serves a cup of cocuy, a traditional liquor, at the Coari craft distillery in Bobare / © AFP

Venezuela's traditional cocuy liquor is making a comeback due to the country's punishing economic crisis, which has put rum, whiskey and even beer financially out of reach for many.

Agave -- which grows in the semi-arid mountains of Bobare and is the main ingredient in cocuy -- has been used in Venezuela since before the Spanish conquest, and it is being kept alive by liquor artisans such as 84-year-old Dolores Gimenez.

He began producing cocuy at the age of seven in the eastern state of Lara, but just a few "small jars that were well hidden."

"If the police found you with cocuy, they put you in jail and smashed your distillation cylinders," he said at his still.

Since those days, Gimenez -- who has 25 children and 103 grandchildren -- has refined the process and now provides joy to those who have seen their favorite alcoholic beverages disappear out of reach thanks to inflation that the International Monetary Fund predicts will hit 200,000 percent in 2019.

"It's three years since I touched a beer," Nelson Vargas, 66, said bitterly.

His pension is barely worth the equivalent of $3 a month -- the price of just two beers.

"Few people drink it. Not us poor," said Vargas, sipping cocuy as a procession of the Virgin of Guadeloupe passes. 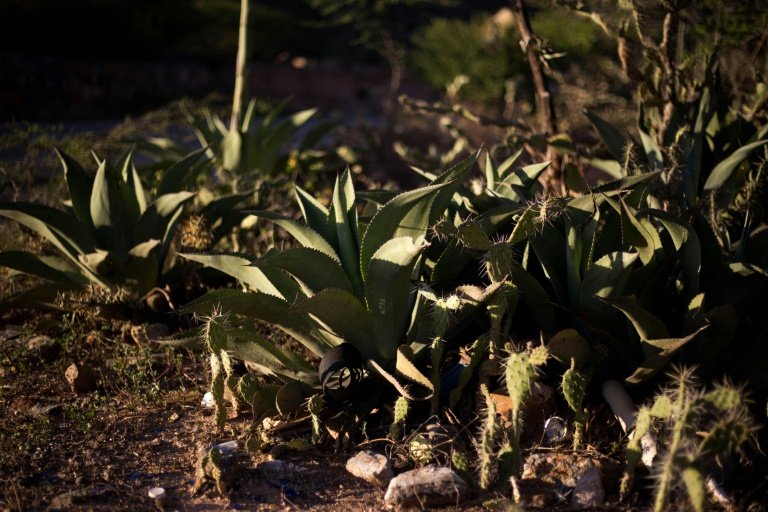 It's little surprise given that Venezuela's gross domestic product has shrunk by half since 2013.

Consumers "are migrating from traditional drinks like beer and rum to cheaper spirits like rum derivatives or aguardiente," said Carlos Salazar, president of the Chamber of Liquors in the capital Caracas, where sales are down 50 percent this year.

In 1998, a minimum salary could buy 46 cases of beer, but now, you would need five such salaries to purchase just one.

But the search for cheaper alternatives can be deadly.

One monitor says there have been 30 deaths in 2019 from drinking alcoholic concoctions.

There was once a time when whiskey was practically Venezuela's national beverage, even relegating traditional rums -- considered some of the best in the world -- into its shadow.

Whiskey consumption exploded with the arrival of foreign oil companies around a century ago and even became a status symbol in a country that has the largest proven crude reserves in the world.

In 2014, Venezuela was the second highest per capita consumer of whiskey in Latin America.

In some restaurants, whiskey bottles stood on tables like water or wine.

Around 15 years ago, "good whiskey was served at parties. Twelve year-old (whiskey) was considered bad. To drink rum was shameful," said Gabriela Fernandez, 49, who runs a food stall in Maracaibo, once a rich oil city that has been badly hit by Venezuela's economic crisis.

Whiskey consumption fell by 43 percent in Venezuela between 2013 and 2018, according to IWSR.

In a Caracas apartment, Mayerlin and Karen Rivas mix sugarcane aguardiente with soursop juice and plenty of sugar to produce guarapa, a 40 percent alcohol drink that sells at $3 a liter.

"The biggest difficulty has been the competition -- a lot of people are making it -- and a lack of trust," said Karen Rivas, 30.

Trust can be a major issue given the number of amateurs cooking up moonshine, which can be poisonous.

Police raids in Bobare have even found car batteries inside distillation cylinders.

But in the case of Gimenez, producing cocuy is more than just a means to make ends meet: it has become a passion.