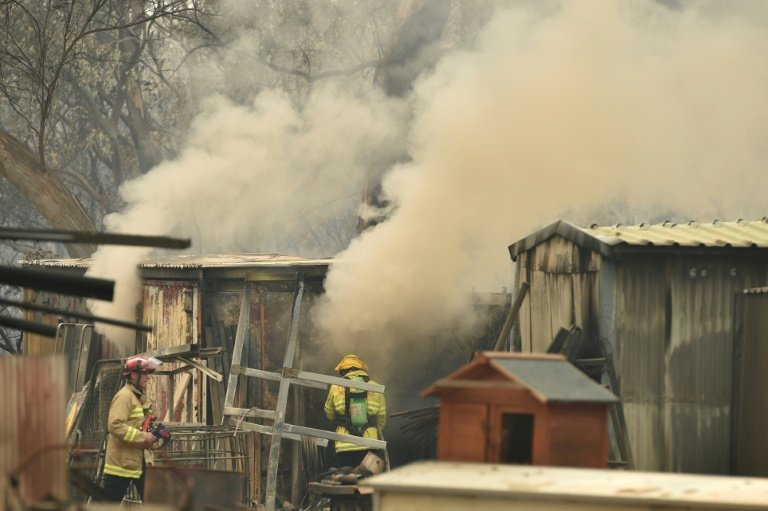 Sydney was shrouded in toxic smoke as blazes flared to its north, south and west, some just 130 kilometres (80 miles) from Australia's largest city / © AFP

Australia's eastern coast has been hit by a record-breaking heatwave, which has moved in from the west of the country, fanning hundreds of fires in its path.

Sydney was shrouded in toxic smoke as blazes flared to its north, south and west, some just 130 kilometres (80 miles) from Australia's largest city.

Temperatures were expected to peak at 47 degrees Celsius (116 Fahrenheit) in parts of the state -- the country's most populous -- including in parts of west Sydney.

Australia endures bushfires every year but the early and intense start to this season, along with the record temperatures, has fuelled concerns about global warming.

The fires have torched at least three million hectares (7.4 million acres) of land -- an area equivalent to the size of Belgium -- with at least 10 people killed and more than 800 homes destroyed.

Two massive blazes south of Sydney generated their own thunderstorms, fire authorities said, with a "mega fire" burning to the north also threatening the dangerous phenomena.

A fire-generated thunderstorm can occur when a smoke plume is cooled as it meets pressure in the atmosphere, creating a cloud capable of producing its own lightning and powerful winds.

Some 3,000 firefighters across the state were bracing for a wind change in the afternoon, expected to bring "dangerous and difficult, volatile conditions", Fitzsimmons added.

"We will not get on top of these fires until we get some decent rain," Fitzsimmons said of the outlook. 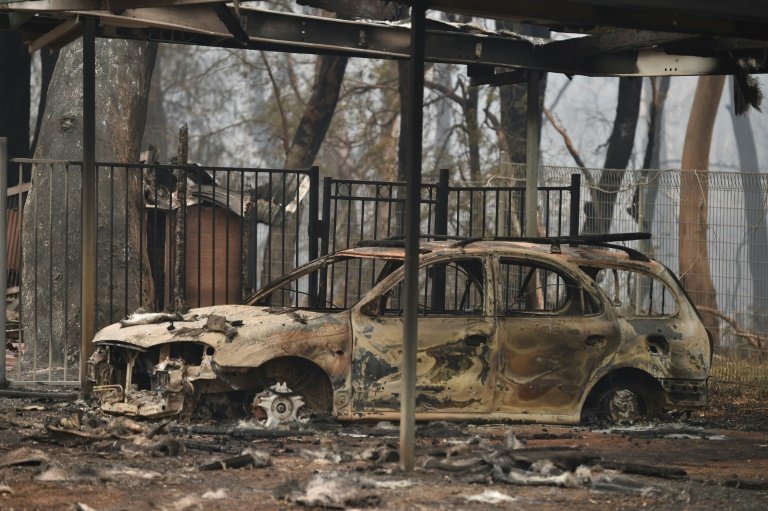 Large parts of Australia have been ravaged by bushfires / © AFP

"We are seeing a relentless pattern of hot, dry air dominating the weather features at the moment," he added.

Evacuations were being carried out in the town of Bargo, on the front of a 185,000-hectare blaze which tore through the nearby area on Thursday.

"It's horrific, it's devastating driving around. We feel pretty isolated where we are with the roadblocks. Loved ones can't come and see us," Bargo resident Corey Cartes told AFP.

Cartes was told to leave two days ago, but has stayed behind to defend his property.

"Everyone is offering to help, but there is nothing they can do. Not for us now, just stay out and stay safe and we hope the fireies (firefighters) can do their job."

In the state of South Australia, which in the past few days has borne the brunt of the heat wave, more than 1,500 firefighters have been battling fires that ripped through more than 40,000 hectares.

Two people died in fires there over the past two days, and dozens of firefighters and residents have been treated for injuries and smoke inhalation.

Emergency crews were also on alert in the southern state of Victoria, where fires were burning following days of scorching temperatures.

Leading doctors have warned of a "public health emergency" given the unprecedented toxic smoke choking Sydney, which worsened to a dense haze on Saturday evening.

"It is pretty much the whole New South Wales population being exposed to prolonged smoke and because we have never experienced this before, we don't know what the eventual outcome will be," Kim Loo told AFP.

"It probably won't be obvious for months, or even years," added Loo, also a member of advocacy group Doctors for the Environment.

Hospitals have been recording sharp increases in emergency room visits for heat exhaustion and respiratory problems. 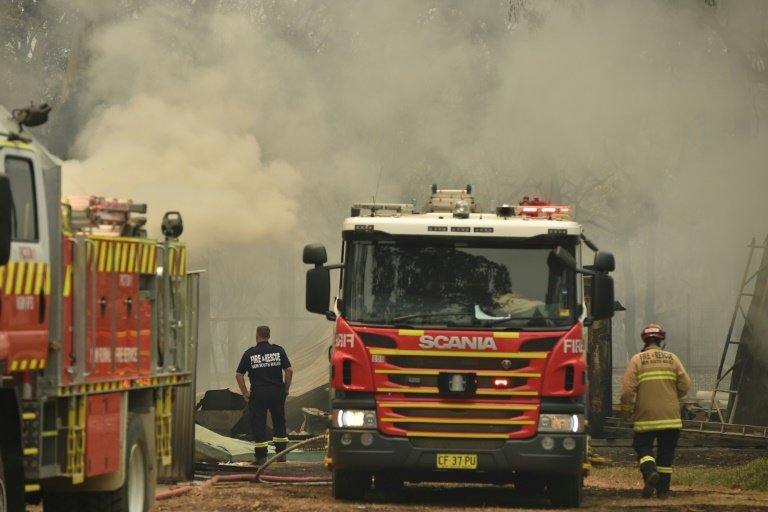 Temperatures were expected to peak at 47 degrees Celsius (116 Fahrenheit) in parts of the country's most populous state, New South Wales / © AFP

Loo said elderly patients, as well as children and outdoor workers were the most at risk, warning the health sector is "not prepared" to deal with such cases.

Vulnerable people in New South Wales have been urged to stay indoors amid worries the scorching heat combined with the toxic smoke could cause "severe illness, hospital admissions and even death".

Sydney resident Len Renekov told AFP Saturday he was most worried about "getting all the smoke particles into my lungs and into my heart."

The 67-year-old was wearing a mask, still a rare sight, while nearby a dozen Sydneysiders sweated through their regular Saturday morning workout under the harbour bridge, without face coverings.

"A week ago it was worse, I couldn't see the Opera House," he said.