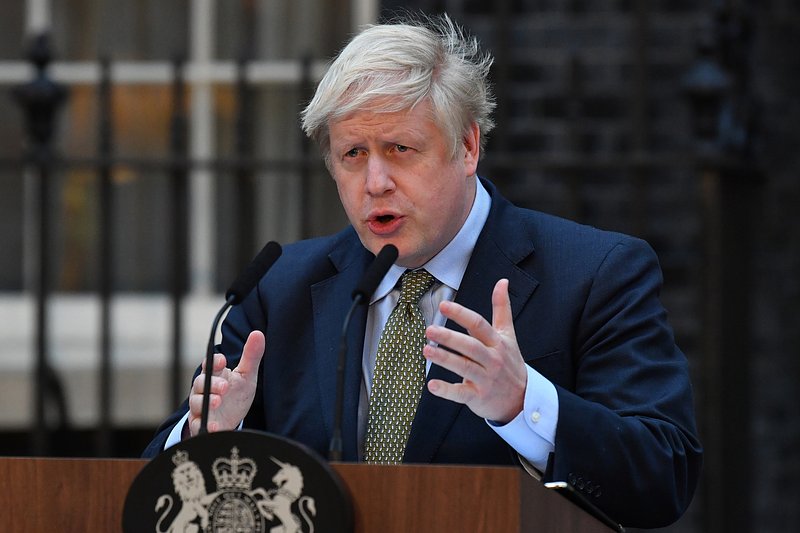 Britons headed to the polls in what has been described as the most important general election of a generation. Johnson's Conservative party secured its biggest majority since the heyday of Margaret Thatcher in the 1980s. Scroll down for live updates.

The main opposition Labour party suffered its worst performance since the 1930s, forcing its socialist leader Jeremy Corbyn to announce plans to step down, but Scottish Nationalists performed well, raising the prospect of another push for independence.

Scroll down past the charts for live ticker updates!

© AFP archive
© AFP
Count staff sort ballot papers in the count centre in Uxbridge, where Britain's Prime Minister and Conservative leader Boris Johnson hopes to hold his seat, in west London, on December 12, 2019. / © Oli SCARFF / AFP
© AFP
© Daniel LEAL-OLIVAS, Tolga AKMEN / AFP
A family arrive with a dog at a polling station, set up inside The Loch Lomond Arms, in Luss, Scotland as Britain holds a general election on December 12, 2019. / © Paul Ellis/ AFP
© RTL Grafik
© Dr Emily Guerry (twitter @EmilyGuerry)
© AFP
© AFP
Voters and their animal companions (usually dogs, here a horse) will be heading to polls throughout the UK today until they close at 10 pm. / © AFP
The photos published on this site are subject to copyright and may not be copied, modified, or sold without the prior permission of the owner of the site in question.

Amazing map from @thetimes interactives team showing the scale of the swing to the Tories across the country
More at https://t.co/GF2MDBj0L3 pic.twitter.com/IH2f4k2dxq