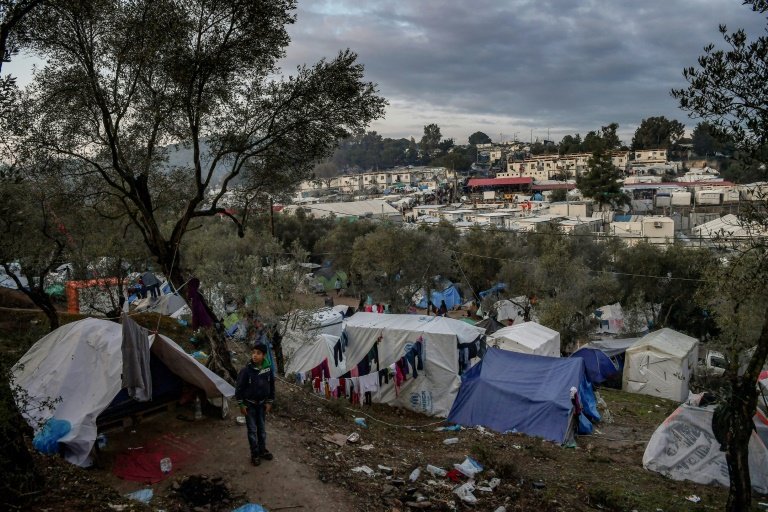 More than 18,000 asylum seekers are crammed into the Moria reception which was built to house 3,000 / © AFP

Amid the filth around the dismal camp of Moria on the Greek island of Lesbos, a refugee and his son pick up firewood and transport it in a stroller, hoping to resist winter's chill.

At nightfall, the men put together a new makeshift shelter in the olive grove adjacent to the camp, which has become a slum for thousands.

Illuminated by flashlights, women cook on open fires. Children's clothes hang to dry on lines stretched between tents and huts.

Inside one of the tents, a little girl cries softly. 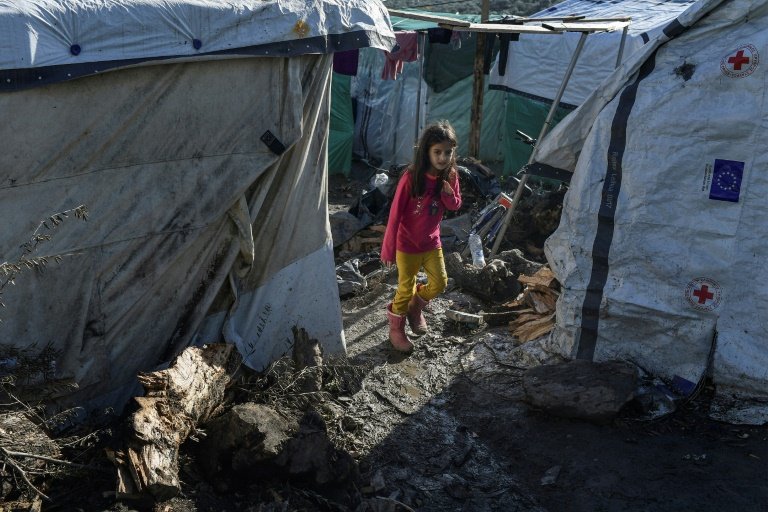 Children wander and play in the mud / © AFP

"In the beginning of the winter it's really bad. It's raining everywhere. The tents can't hold it. Nothing can hold the rain. The situation is really, really bad. It's cold," says Sleem, a 22-year-old refugee from Iraq.

"They don't treat us like humans here. We don't feel like that. It's hard, it really is," he says.

Beaten by wind and the rain, the hilltop olive grove is overflowing with people.

More than 18,000 asylum seekers are crammed into the Moria reception and identification centre, which was nominally built to handle 3,000 people. 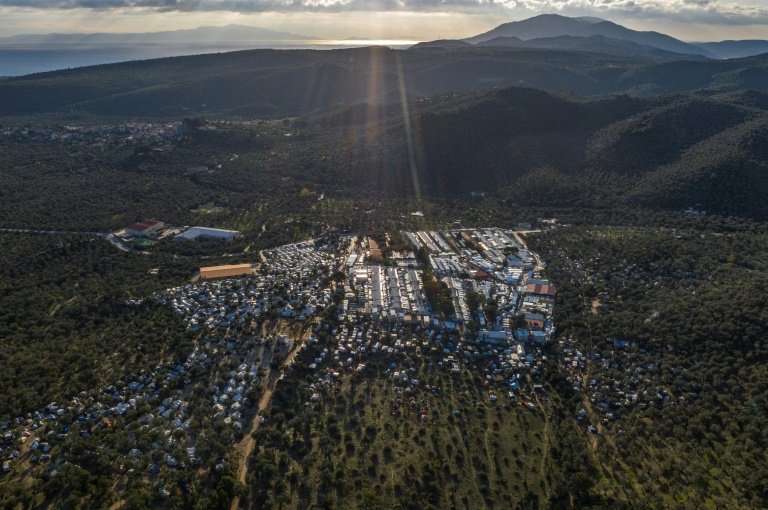 In November alone, almost 3,900 asylum seekers landed on Lesbos, arriving from the Turkish coast nearby.

The tents tremble under the gusts of wind, garbage accumulates, the children wander and play in the mud.

Among them, at least 1,200 unaccompanied minors live in "extremely worrying and unsuitable" conditions for children, according to the Office of the High Commissioner for Refugees (UNHCR). 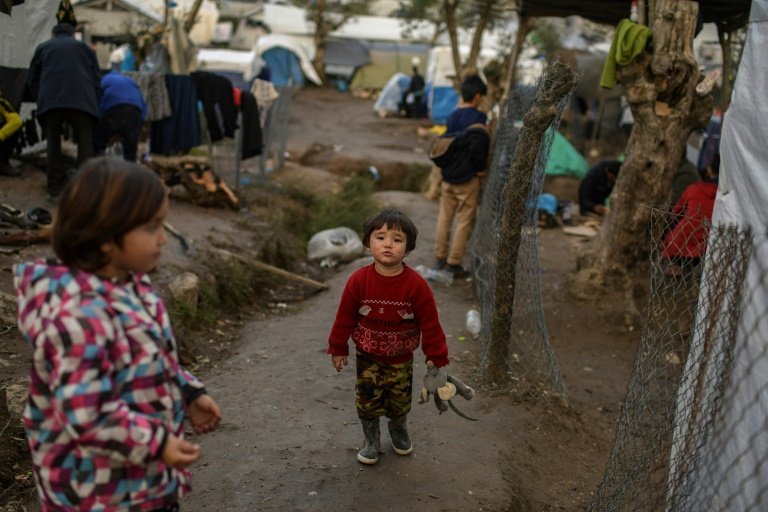 Greece has promised to send 4,000 minors to the mainland / © AFP

The UN agency, medical charity MSF and other NGOs have called for an emergency evacuation of children and other vulnerable migrants living in "inhuman" and "miserable" conditions.

"I am worried because (unaccompanied minors) are the most exposed to violence, to exploitation. So we really need to act quickly to find solutions for them," UN High Commissioner for Refugees Filippo Grandi said after visiting the camp last week.

Prime Minister Kyriakos Mitsotakis's government has announced the closing of the three most overpopulated camps on the islands of Lesbos, Samos and Chios, and their replacement by closed structures. 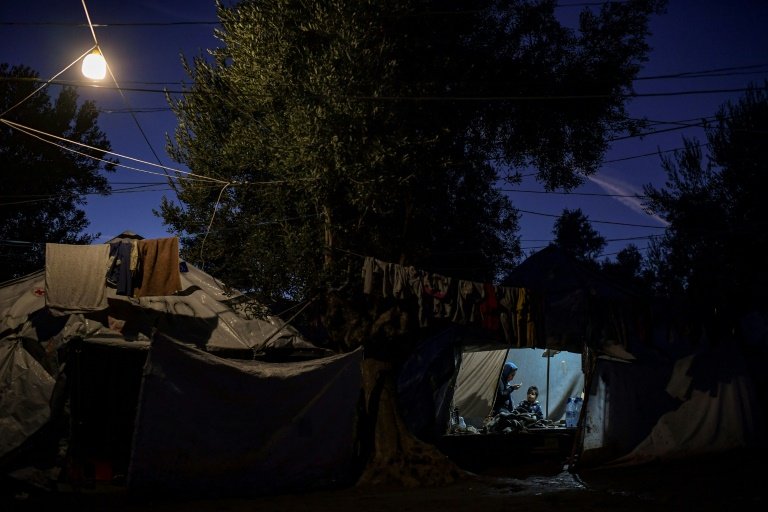 The prime minister has also promised to relocate some 4,000 minors living on the Aegean islands to the mainland, after failing to convince Europe to host 3,000 of them.

In Moria, the women embrace as they leave for the continent. An exhausted child dozes on a luggage pile.

With European borders closed to them, transfer to the Greek mainland, where they may find better living conditions, is all these asylum-seekers can hope for.