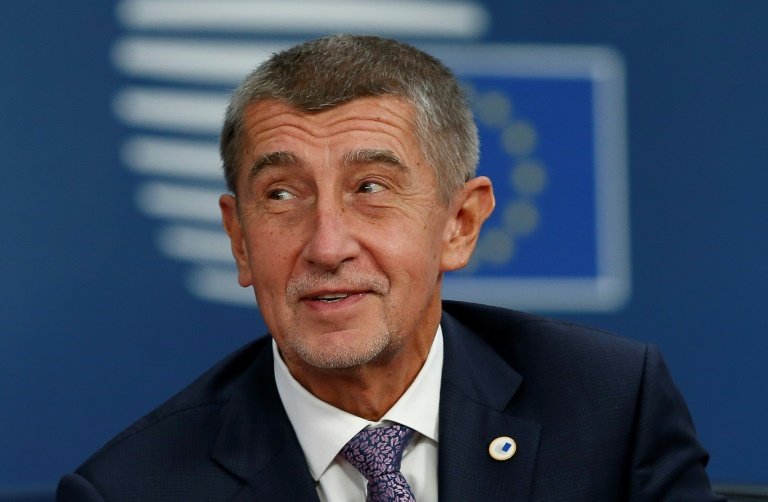 Pressure mounted on billionaire Czech Prime Minister Andrej Babis on Monday to disclose an EU audit thought to prove his conflict of interest as a politician and entrepreneur, an allegation he has flatly denied.

Czech opposition parties and a transparency watchdog cried foul after Babis failed to address the contents of the report that the European Commission (EC) sent to Prague on Friday, but did not make public.

A defiant Babis shot back, insisting that "if the conclusion of the audit is not in harmony with what the Czech Republic claimed, Prague will certainly reject it," the Czech CTK news agency reported.

A preliminary audit leaked this spring showed Babis has a conflict of interest as prime minister and the owner of the sprawling Agrofert food, chemicals and media holding.

Babis has long denied any such conflict of interest, saying he complied with Czech law when he had transferred Agrofert to a trust fund.

"I cannot understand how the EC can dare to interpret Czech laws" on politicians with business interests, Babis said.

David Ondracka, head of the Transparency International (TI) anti-corruption watchdog, said on Monday that "judging by the secrecy and endless cautiousness, the Commission... will confirm the conflict of interest".

"We cannot have a subsidy fraudster staying on as prime minister," Ondracka added, referring to allegations that Babis abused EU subsidies in connection with his Agrofert business interests.

A Slovak business registry has shown that Babis, the fourth wealthiest Czech according to Forbes magazine, is still raking in profits from Agrofert's units in Slovakia.

TI and the opposition anti-establishment Pirate Party asked the European Commission last year whether Agrofert was entitled to receive billions in EU agricultural subsidies if Babis still controls it.

They used information from beneficial ownership registers introduced across the EU last year as part of the bloc's drive against money laundering.

As the Czech register is not fully public, they used the Slovak one which showed 37 Agrofert units with Babis listed as the beneficial owner, and 28 listing his wife Monika, who also sits on the board of both trust funds in charge of Agrofert.

The demonstrations, in June and November, each drew a quarter-million people, making them the largest since Czechs shed communism in 1989.

Babis leads a minority coalition government comprised of his centrist populist ANO (YES) movement and the Social Democrats that relies on the tacit support of Communist Party lawmakers to survive in parliament.