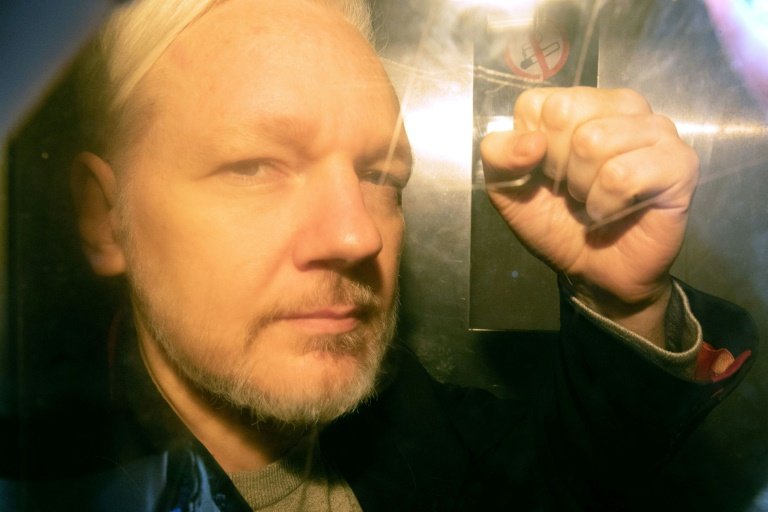 Swedish prosecutors said Tuesday they have dropped their investigation into jailed WikiLeaks founder Julian Assange over a 2010 rape allegation, even though they found the plaintiff's claim "credible".

The decision likely ends the threat of extradition to Sweden for the whistleblower, who is wanted by the US on espionage charges and is currently being held at a British high-security prison.

Assange was sentenced to 50 weeks in prison in May for breaching bail conditions when he took up residence in Ecuador's London embassy, where he lived for seven years in order to avoid being sent to Sweden.

The extradition order centred on the rape allegation as well a separate sex assault claim -- but the statute of limitations expired for the second allegation in 2015.

Assange has always denied the allegation.

Swedish deputy director of public prosecutions Eva-Marie Persson told reporters on Tuesday said that, in part due to how many years had passed since the incident, "the evidence has weakened in such a way that there is no longer reason to continue the investigation". 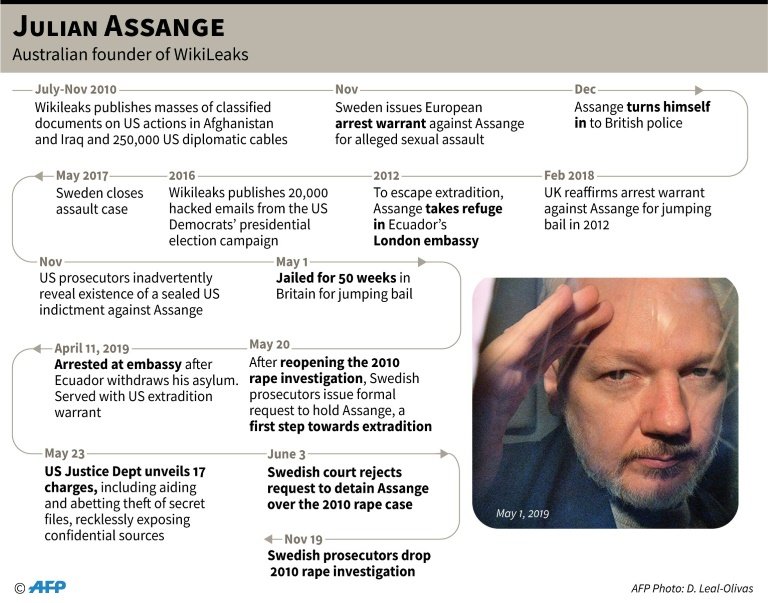 "My assessment is that all investigative measures that can be taken have been taken. But... the evidence is not strong enough to file an indictment," deputy director of public prosecutions Eva-Marie Persson told reporters.

Prosecutors had struggled for years to interrogate Assange in person, but an interview was carried out with the help of an Ecuadorian prosecutor at the embassy in 2016.

Persson said she didn't think another interview with Assange would add to the investigation in a meaningful way.

But she stressed that "the plaintiff has given a credible and reliable account."

"I have... determined that it cannot be proven that a crime has been committed. But it would be totally wrong of me to say that it is the plaintiff's fault," Persson told AFP.

Swedish authorities closed the rape investigation in 2017, saying it was not possible to proceed as Assange could not be reached. But the case was reopened following his arrest in London.

In September, prosecutors said they had interviewed seven witnesses over the summer in a bid to move the inquiry forward.

The statute of limitations in the case expires in August 2020. 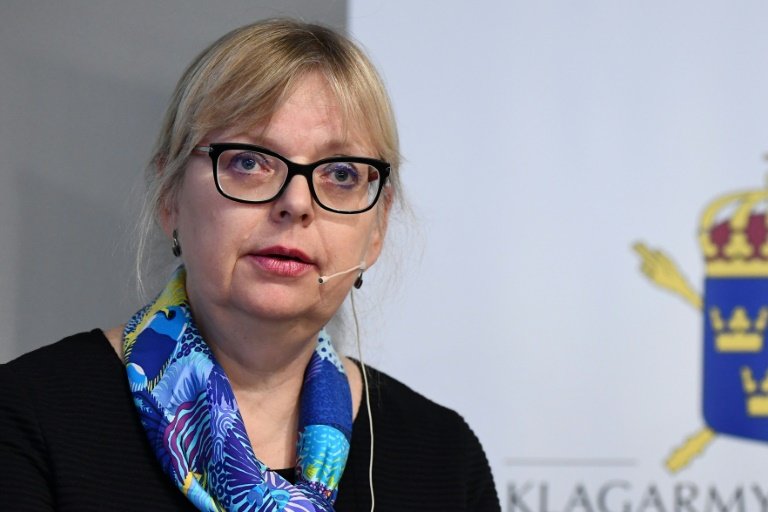 Persson said she would not reopen the investigation again, but added that her decision could be appealed to Sweden's Prosecutor General.

The plaintiff's lawyer, Elisabeth Massi Fritz, told AFP she and her client would consider whether to file an appeal.

"I, and all of the prosecutors who have worked on this case, have always considered the plaintiff credible and reliable. As is the case today. The plaintiff stands by her strong account," she said.

"After today's decision my client needs time to process everything that has happened over these nine years in order to be able to move on with her life."

Per E. Samuelson, Assange's Swedish lawyer, told news agency TT he was critical of the prosecution's handling of the case since the beginning, claiming they had been unable to properly handle a case involving someone so famous.

He also thought the dropping of the investigation would offer little comfort to Assange.

"Given the situation he is in today I don't know if it matters anymore. He is completely focused on resisting the extradition request from the US," Samuelson told TT.

Assange is fighting a US bid to extradite him from Britain on charges filed under the Espionage Act that could see him given a sentence of up to 175 years in a US prison.

Most of those charges relate to obtaining and disseminating classified information over his website WikiLeaks publishing military documents and diplomatic cables.

"Let us now focus on the threat Mr Assange has been warning about for years: the belligerent prosecution of the United States and the threat it poses to the First Amendment," he said in a statement.