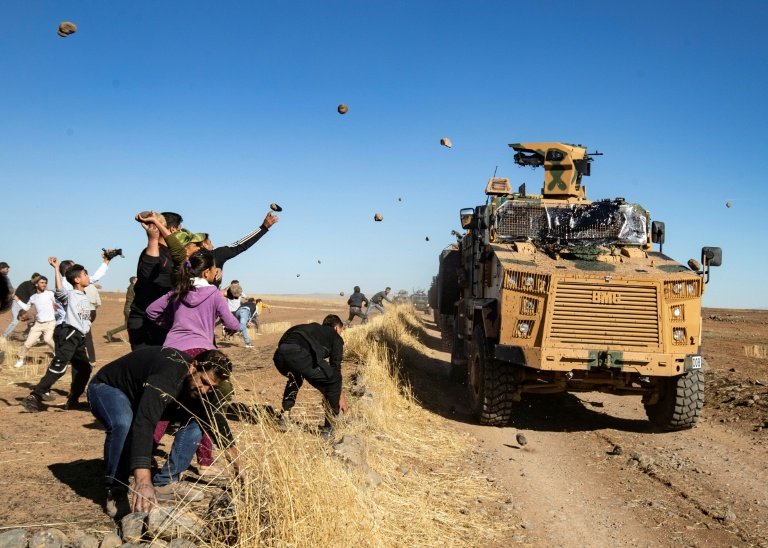 Kurdish protesters hurled rocks Friday at Turkish military vehicles in northeastern Syria during a patrol in which one civilian died when he was run over by a personnel carrier.

A small group of people pelted the convoy with rocks and shoes as it drove by near the town of Maabda, close to the Turkish border, AFP correspondents reported.

A young man was run over by one of the large armoured vehicles and rushed to hospital in the town of Derik.

"He died there of internal bleeding," the monitoring group Syrian Observatory for Human Rights said.

Kurdish villagers have given a similar tough welcome to joint Russian-Turkish patrols in other locations.

Turkish forces and their proxies -- former Syrian rebels hired as a ground force by Ankara -- launched a deadly offensive against Kurdish forces in Syria on October 9.

The push was aimed at seizing a roughly 30-kilometre (20-mile) deep strip of land along the entire 440-kilometre border between the two countries. 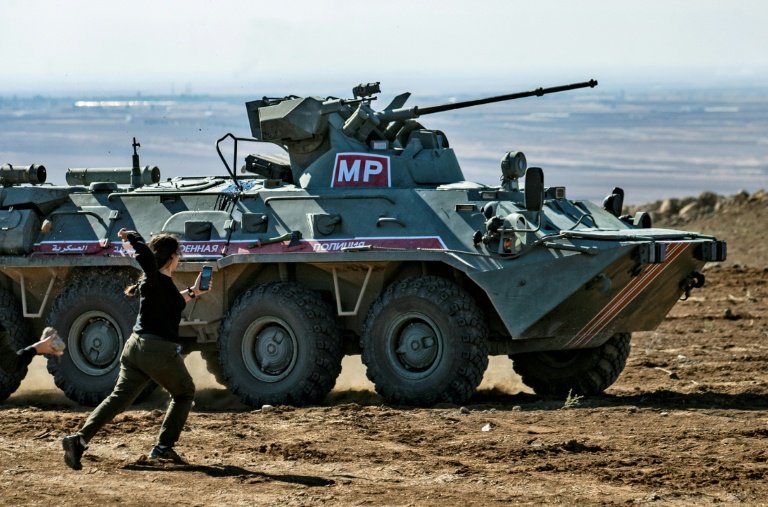 Another declared goal is to create what Turkey is calling a "safe zone" in which to resettle some of the 3.6 million Syrian refugees it hosts on its soil.

The invasion has displaced tens of thousands and left dozens of civilians dead, forcing Kurdish forces to retreat from some key towns.

A US military withdrawal announced days earlier had left their Kurdish partners in the lurch and made the Turkish offensive possible.

A deal reached later last month in the Black Sea resort of Sochi between Russia and Turkey demanded that Kurdish forces pull back from the 30-kilometre buffer zone and let regime forces back in.

It also says a thinner 10-kilometre strip beyond which Turkish forces cannot venture would be patrolled jointly by Russia and Turkey.

The deal has reduced the violence but sporadic fighting continues in several areas along the border.