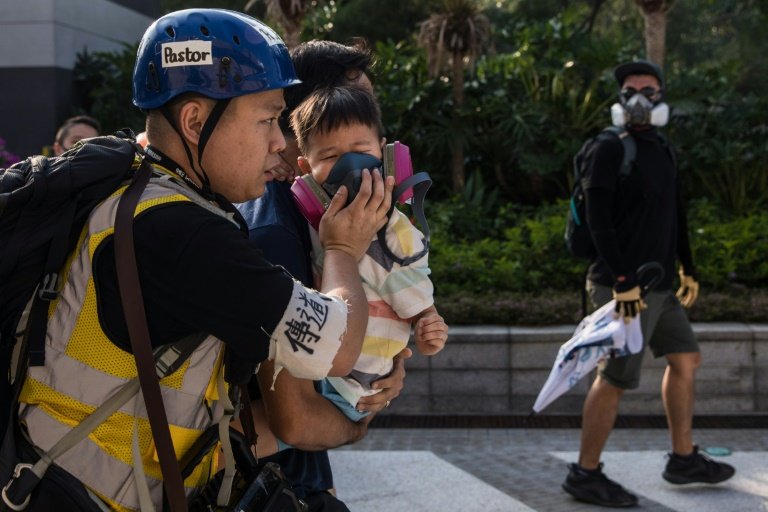 A man puts a gas mask on a young boy after police fired tear gas to disperse protesters, the latest clashes in nearly five months of unrest / © AFP

Hong Kong was gripped by another day of petrol bombs and tear gas on Sunday as police and pro-democracy protesters clashed for hours throughout a popular tourist district.

The two sides fought repeated cat and mouse battles in Tsim Sha Tsui, a harbourside district filled with luxury malls and hotels, in what has become a near weekly ritual as political chaos engulfs the financial hub.

The unrest kicked off in the afternoon with clouds of acrid smoke wafting across streets usually packed with shoppers, including outside the landmark colonial-era Peninsula Hotel, as police cleared an unsanctioned rally in a nearby park.

Many of the protesters wore masks, defying a recent emergency law banning face coverings, and were heckling officers. But few of those involved in the early clashes had protective helmets and respirators used by more hardcore frontliners. 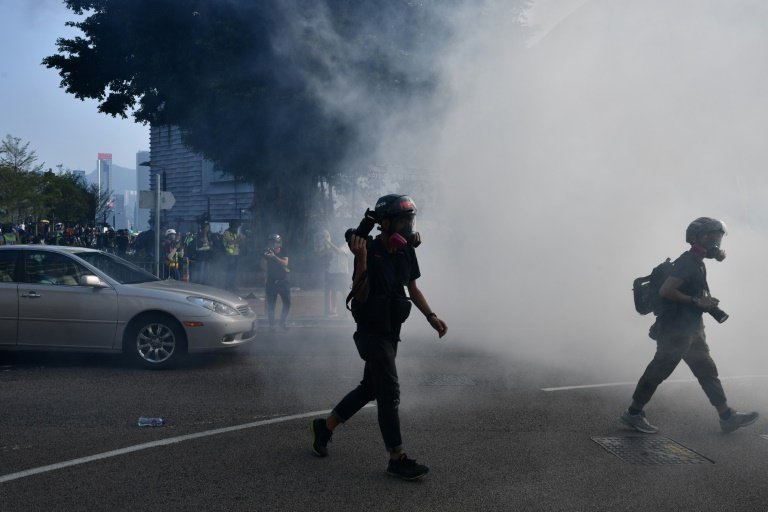 Clouds of acrid smoke wafted across streets usually packed with tourists, including outside the landmark colonial-era Peninsula Hotel, as protesters and police clashed / © AFP

Small groups of hardline activists later emerged, clashing with police throughout the late afternoon and evening.

In between the confrontations police found themselves routinely heckled with chants of "triads" and "black cops", both by protesters and local residents.

Hong Kong has been battered by nearly five months of huge and frequently violent pro-democracy protests which Beijing and its local leaders have taken a hard line against. 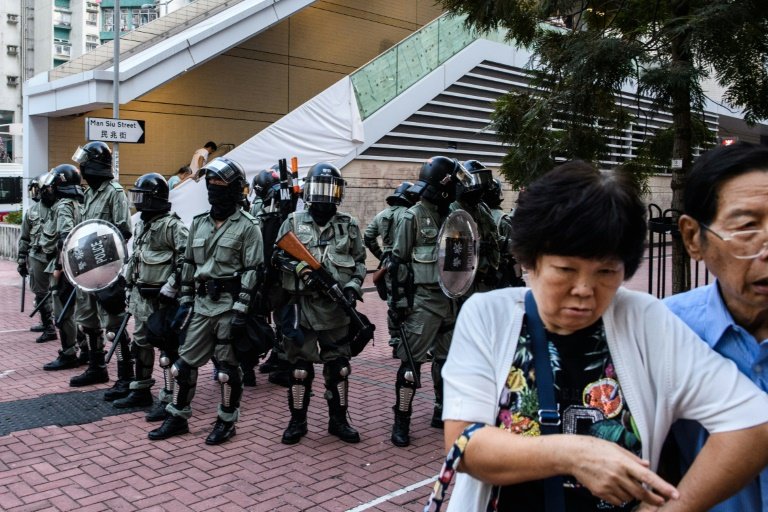 With no political solution on the table, the city's police have been largely left to deal with the protesters / © AFP

With no political solution on the table, the city's police have been largely left to deal with the protesters, becoming increasingly loathed by the pro-democracy demonstrators.

Hardcore protesters have hurled petrol bombs and bricks, vandalised pro-Beijing businesses and assaulted people who disagree with them.

Prominent pro-democracy figures have also found themselves the targets of attacks by gangs of men, decimating the international finance hub's once solid reputation for stability and safety.

In a blog published on Sunday, Financial Secretary Paul Chan warned that the city may post negative growth this year because of the protests.

"It seems that it is extremely difficult to achieve the forecast of zero to one percent," he wrote.

In the last few days, protests have not been as large or violent as earlier this month when some of the most sustained clashes took place. 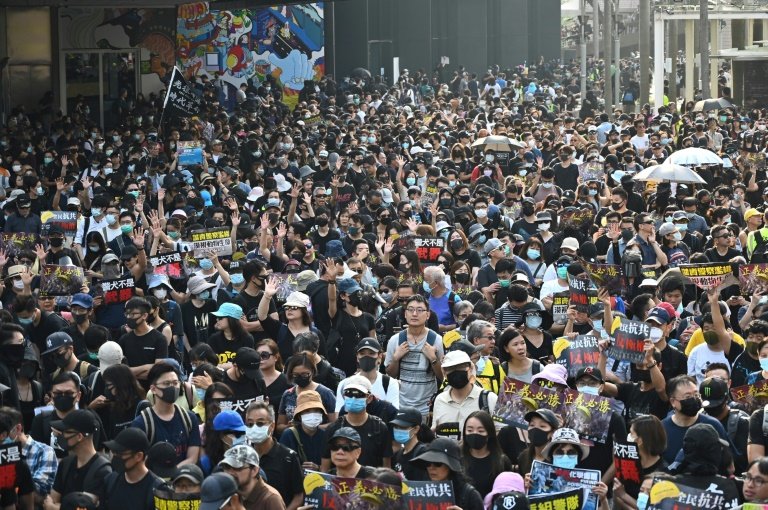 The protestors are calling for an independent inquiry into the police, an amnesty for those arrested and fully free elections / © AFP

But smaller "flashmob" protests have remained a near daily phenomenon.

"It may look like less people are coming out but it's just that everyone is using different methods to support the movement," said a 23-year-old protester, who gave her surname Chan.

A teenaged protester, who declined to give his name, said many felt they had to keep hitting the streets because few of their demands had been met.

"Without genuine universal suffrage and democracy, this will happen again and we will have to fight again in the future," he said.

"I do worry about being arrested. But I have prepared my last words and have left them at home," he said.

Among the demands from protesters are an independent inquiry into the police, an amnesty for the more than 2,500 arrested and fully free elections -- all of which have been refused by Beijing and chief executive Carrie Lam.

The one concession made so far has been to scrap a widely loathed plan to allow extraditions to the mainland -- an issue that sparked record-breaking protests earlier in the year before the movement morphed into a wider anti-government revolt.