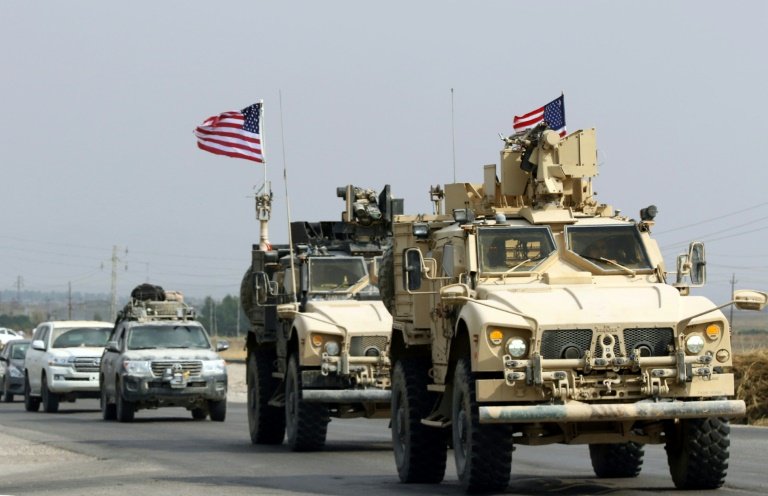 Turkey outlined Monday its plans for a 120-kilometre "safe zone" in Syria on the eve of a key withdrawal deadline, as President Recep Tayyip Erdogan accused the West of "standing by terrorists".

A Turkish military source said Kurdish fighters should initially withdraw from the area between Tal Abyad, captured by Turkish forces at the start of the offensive, and Ras al-Ain, under a US-brokered agreement that expires Tuesday night.

Turkey has warned that if this does not happen it will resume its offensive against the Syrian Kurdish YPG militia, which it began after the US announced it was pulling out troops from the area. 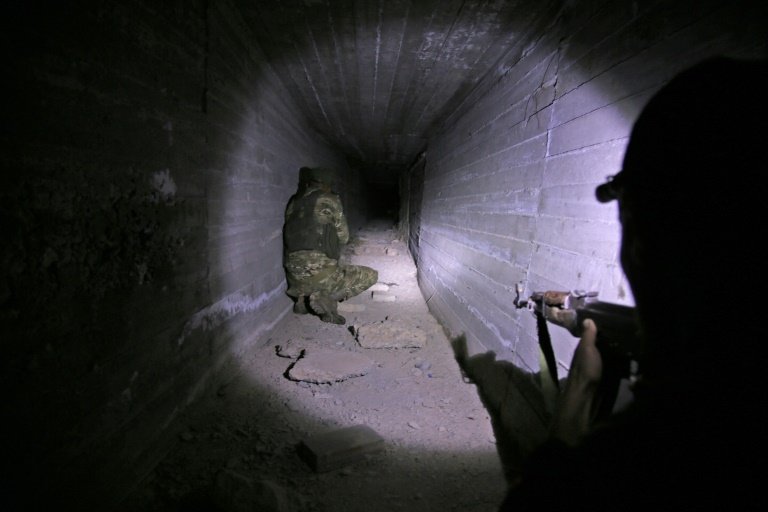 Turkish-backed Syrian fighters inspect a tunnel, said to have been built by Kurdish fighters, in the Syrian border town of Tal Abyad / © AFP

Although President Recep Tayyip Erdogan has repeatedly said Turkey wants a "safe zone" that is 444 kilometres (275 miles) long, the first stage of the plans will only cover a quarter of the distance.

An agreement between the Syrian regime and the Kurdish forces to allow Damascus' troops into certain parts of northern Syria appears to have thwarted Ankara's plans for a larger "safe zone".

"We are following the 120 kilometres first," the source said Monday.

The source added that the "safe zone" would then be extended to 444 kilometres stretching up to the Iraqi border.

The PKK has waged an insurgency against the Turkish state since 1984, and is listed as a terror group by Turkey and its Western allies. 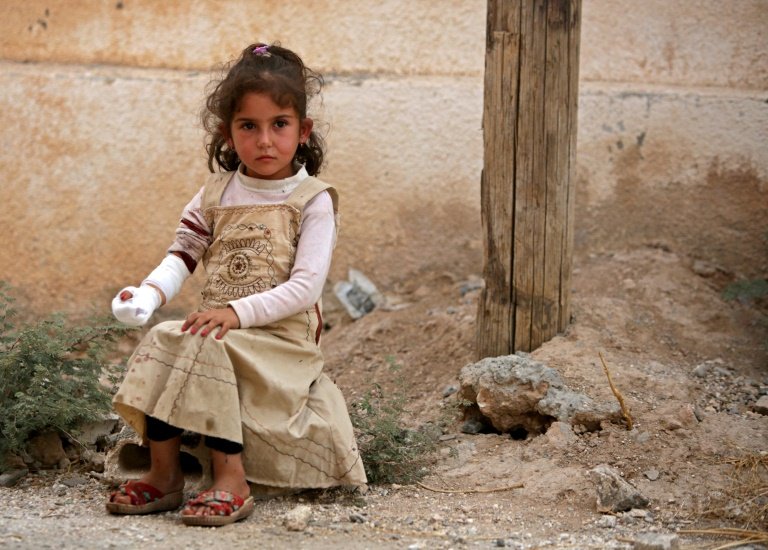 Ankara's military action against the People's Protection Units (YPG), who spearheaded the fight against the Islamic State (IS) group, has sparked international outrage.

Erdogan has responded defiantly, accusing Western countries on Monday of "standing by terrorists" in failing to support Turkey's operation.

"Can you imagine the whole West stood by the terrorists and all attacked us including NATO member states and European Union countries?" he said.

After crunch talks with US Vice President Mike Pence last week, Turkey said it would "pause" its military offensive on the condition that Kurdish fighters retreated from the "safe zone".

The source on Monday said the deal would run out at 10:00pm (1900 GMT) on Tuesday, vowing that Ankara would crack down on "any terrorists left" in the area after the deadline expires.

A convoy of 125 vehicles carrying Kurdish forces have so far left the border town of Ras al-Ayn, taking the route in the direction of the northeastern city of Hasakeh, the source said.

Erdogan's meeting Tuesday with Russian President Vladimir Putin in the Black Sea resort of Sochi will be key to Ankara's plans to extend the safe zone, as Syrian forces have already been deployed to the areas evacuated by Kurdish militants.

The regime's strongest backer is Russia.

Turkey and Kurdish forces traded accusations of violating the shaky truce at the weekend, with Ankara saying one Turkish soldier was killed Sunday in the Tal Abyad region. 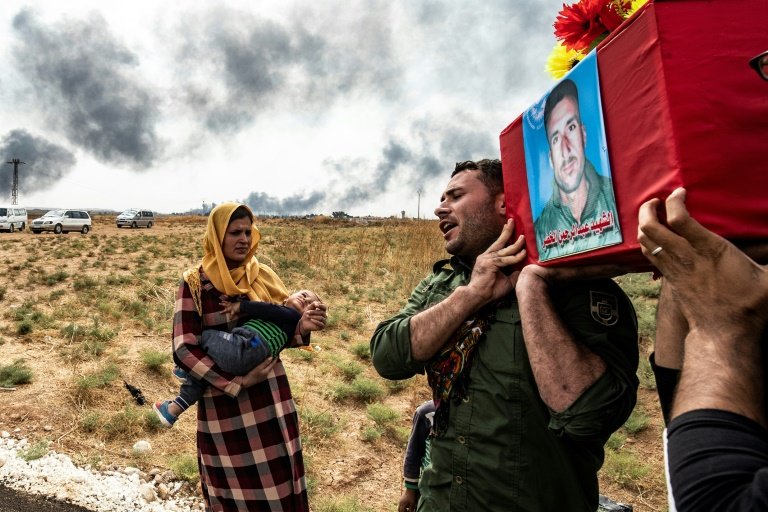 The Turkish defence ministry said there had been "40 incidents of harassment fire", which Turkey had responded to in kind.

The attack killed all the fighters inside the vehicle, the Observatory said, calling it a "violation of the Turkish-American agreement."

An AFP correspondent in Ras al-Ain said Turkish reconnaissance drones were flying over the border town, where rebels are still manning positions while reinforcements are trying to enter.

The ministry added that 76 members of the "Syrian National Army" fighting with them have died, while 273 fighters have been wounded.