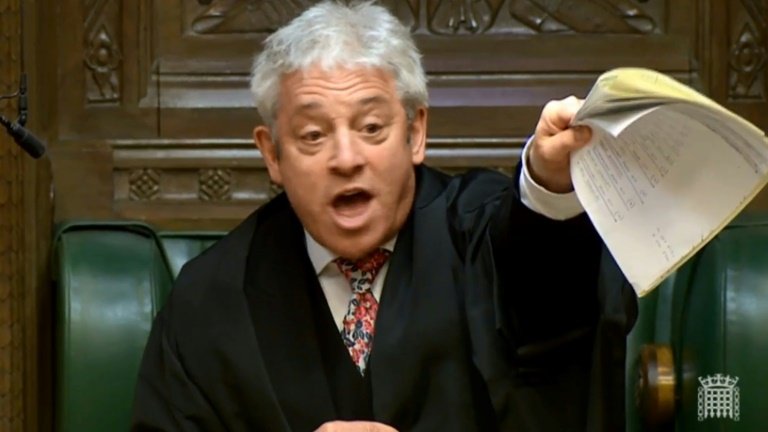 John Bercow, the Speaker of the British House of Commons, has rejected the government's attempt to hold a vote on the new Brexit deal in a serious blow to Prime Minister Boris Johnson's hopes of leaving the EU by 31 October.

The Speaker claimed that the government's motion was too similar to one that passed on Saturday, and that it would be 'repetitive and disorderly' to hold another vote on the issue.

The new deal was agreed last week by the Prime Minister and the EU. The UK is currently scheduled to leave the European Union on 31 October, although opposition legislators in the British Parliament have passed a number of acts to prevent the UK from crashing out without a deal.
Lawmakers, meeting on a Saturday for the first time in 37 years, had voted to demand that the Conservative prime minister delay Brexit while they further consider his newly-agreed EU divorce agreement.

"The motion will not be debated today because it would be repetitive and disorderly to do so," Bercow said.

"Today's motion is in substance the same as Saturday's motion and the House has decided the matter."

Johnson is trying to secure an October 31 break from Brussels that severs many of the island nation's economic relations with Europe after 46 years of EU membership.

But lawmakers refused on Saturday to give their backing to his revised settlement plan until all the domestic legislation needed to ratify it has passed. 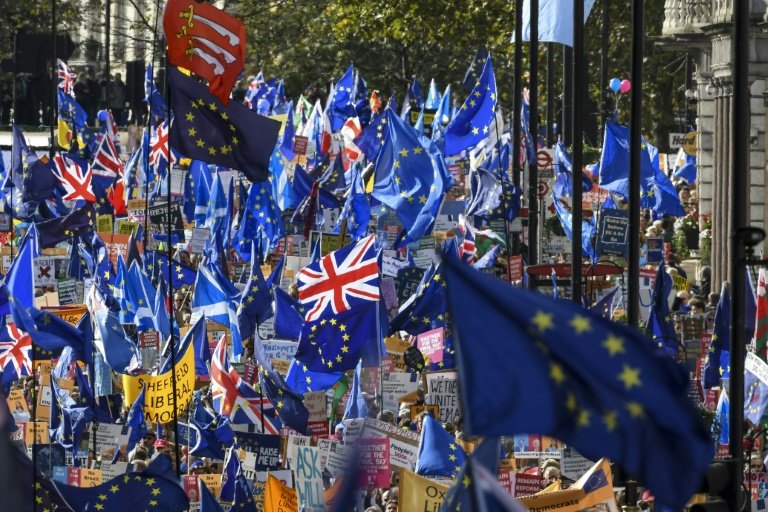 They also mandated the British leader to send a letter to Brussels asking to postpone the Brexit deadline until January 31 next year.

Johnson's foes are now forging new alliances and trying to attach amendments that could either force him to push for closer trade ties with the EU -- or abandon the deal and accept a third delay this year.

The option of extending Brexit past the latest October 31 deadline is now in the hands of the 27 remaining EU member states.

Britain has been struggling to agree on how to leave the EU ever since narrowly backing Brexit in a 2016 referendum that did little to end old arguments about the country's place in the world.

Johnson has built his entire Brexit strategy on the premise of using the pressures of time to force everyone to stop bickering and agree an exit plan by the end of the month.

He ended up sending three letters to Brussels on Saturday night -- including an unsigned one to seek another extension.

The only one he actually signed said an "extension would damage the interests of the UK and our EU partners" and that he was firmly against a delay.

The manoeuvre is designed to minimise the political damage of Johnson going back on his word and seeking an extension ahead of an early general election most expect in the coming months.

The top civil court in Scotland is due to hear a challenge Monday on whether Johnson's half-hearted request broke the law.

But officials in Brussels said Johnson's request was valid.

German Foreign Minister Heiko Maas said he "would not rule out a short technical extension" if one was needed to get all the UK legislation approved.

The pound hit a fresh five-month peak above $1.30 on renewed optimism that Britain could avoid the chaotic "no-deal Brexit" option that businesses and the markets fear most.

The focus now switches on the government's attempt Tuesday to get lawmakers to support domestic legislation in the accompanying Withdrawal Agreement Bill.

Success or failure then would set the course for the coming week and largely determine whether Johnson's will get his October 31 divorce.

But the deck against Johnson seems stacked.

The main opposition Labour Party is trying to create a cross-party alliance that would back Johnson's deal on the condition that it is fixed to keep Britain in a customs union with the EU.

Johnson and his supporters say this would kill the point of Brexit by keeping Britain tied to Europe and unable to strike its own trade deals with powers such as China and the United States.

The DUP broke ranks and voted against Johnson's agreement Saturday because it created new trade regulations for goods moving between Northern Ireland and the rest of the UK.

A customs union would avoid that.

The Brexit-supporting DUP appeared open to the suggestion after rejecting another amendment backed by Labour that would put up any eventual deal for a confirmatory referendum.

Hundreds of thousands of people rallied in London on Saturday demanding a second national vote on Brexit that could overturn the results of the 2016 referendum.