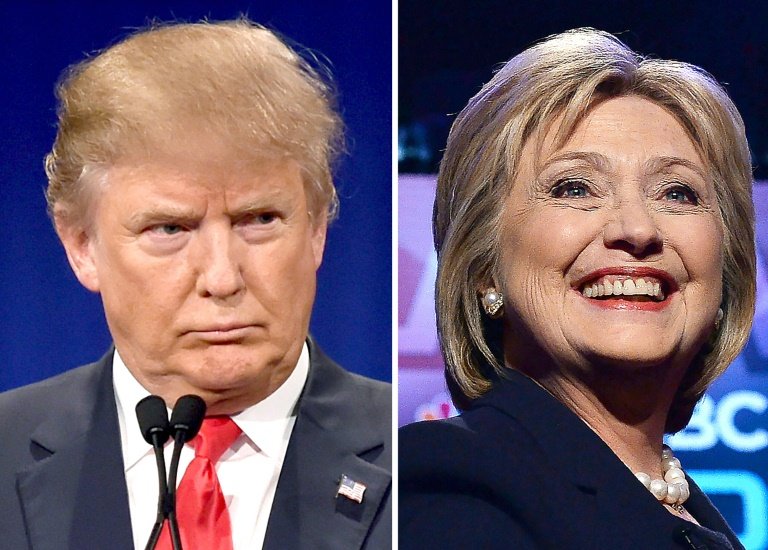 The parody involves a mock letter from former President John F. Kennedy to Soviet premier Nikita Khrushchev at the height of the Cuban Missile Crisis in 1962.

It was featured on US comedian Jimmy Kimmel's late-night talk show last Thursday, before being retweeted by former Secretary of State Clinton.

Found in the archives... pic.twitter.com/iFFeqloYHM

The original letter, which was leaked to the press last week, saw Trump advise Turkish President Recep Tayyip Erdogan: 'Don't be a tough guy! Don't be a fool!'

In response, Erdogan reportedly threw the letter in a bin.

EXCLUSIVE: I have obtained a copy of ⁦@realDonaldTrump⁩’s letter to #Erdogan. ⁦@POTUS⁩ warns him to not “be a tough guy! Don’t be a fool!” Says he could destroy Turkey’s economy if #Syria is not resolved in a humane way. Details tonight at 8pm #TrishRegan #FoxBusiness pic.twitter.com/9BoSGlbRyt

Clinton has herself returned to the spotlight in recent days after claiming that Democratic congresswoman and 2020 presidential candidate Tulsi Gabbard is a "Russian asset."

The Turkish invasion of northern Syria has killed more than 100 civilians since it was launched on October 9. German Foreign Minister Heiko Maas has alleged that the offensive violated international law.