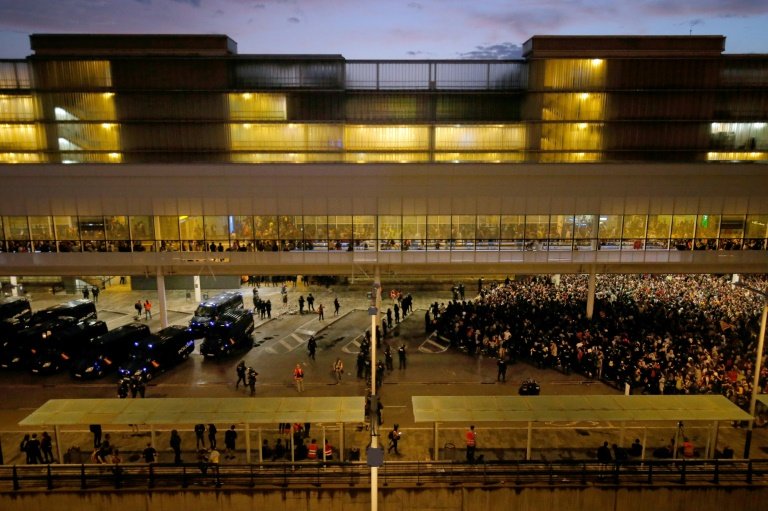 From blocking airports to using encrypted messaging apps, Catalan separatists demonstrating against the jailing of nine of their leaders are openly copying tactics devised by pro-democracy protestors in Hong Kong.

Shortly after Spain's Supreme Court on Monday sentenced nine Catalan leaders to prison terms of up to 13 years over their role in a failed 2017 independence bid, 240,000 users of Russian-designed messaging app Telegram received a message urging them to head to Barcelona's El Prat airport, Spain's second busiest.

The goal according to the message -- sent by a new anonymous separatist organisation called Democratic Tsunami -- was to "paralyse" the airport, just as demonstrators did in Hong Kong in September. 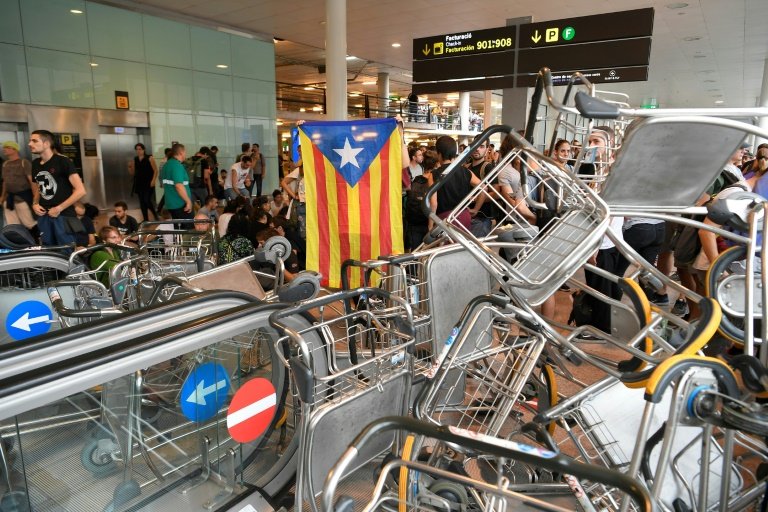 The app made it possible for protestors to download a boarding pass for an afternoon flight so they could get through airport security checks.

While few protestors managed to enter the terminal, some 10,000 people gathered outside, preventing airline crew from getting to work and forcing the cancellation over 100 flights.

Democratic Tsunami ended one of its messages with the hash-tag #BeWater, the slogan for a protest strategy born in Hong Kong based on speed and unpredictability.

The slogan, based on a catchphrase used by Hong Kong's late kung fu legend Bruce Lee, circulates on Twitter in Catalan.

Demonstrators "sometimes" use laser pointers against police in Barcelona, a popular tactic in Hong Kong where millions have since June taken to the streets to push for democracy and police accountability in the former British colony, even though it is "very uncommon here," a spokesman for Catalonia's regional police force, the Mossos d'Esquadra, told AFP. 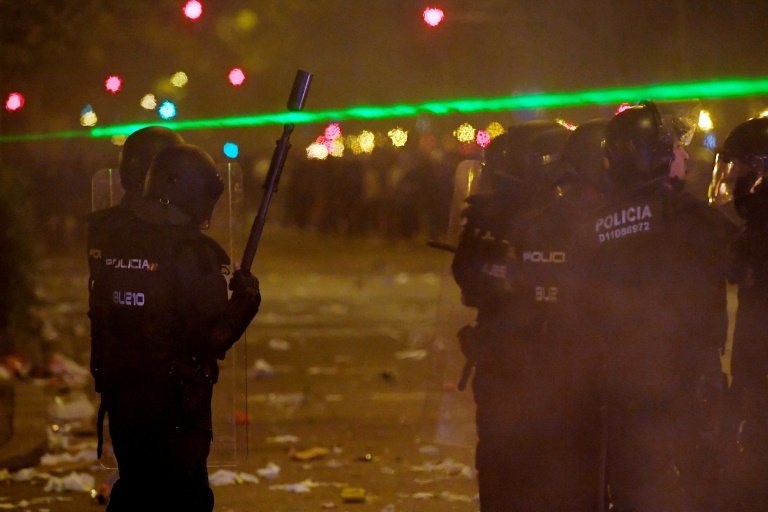 Many Catalan protestors cite the demonstrations in Hong Kong as a source of inspiration.

"Now people must be in the streets, all revolts start there, look at Hong Kong," Victoria Santos, 62, told AFP on Wednesday at a protest in Barcelona.

"Hong Kong gave the example of how to give global attention to a local conflict," Jordi Barbeta, a columnist with daily Catalan newspaper El Nacional wrote in an opinion piece last month.

The use of Russian-designed messaging app Telegram by Catalan separatists was "directly" copied from the Hong Kong protests, said a member of Catalan separatist group "Picnic for the Republic" which blocked access to Barcelona's iconic Sagrada Familia basilica on Friday. He spoke on the condition that he not be named.

In September Catalonia's biggest grassroots separatist group, the Catalan National Assembly (ANC), invited its members to a conference called "The use of new technologies in non-violent struggle: the example of Hong Kong".

Sometimes Catalan separatist simply use the same fliers handed out in Hong Kong.

An info-graphic explaining what positions to adopt to protect yourself from police water cannons shared on social media by Catalans separatists still had instructions written in Chinese. 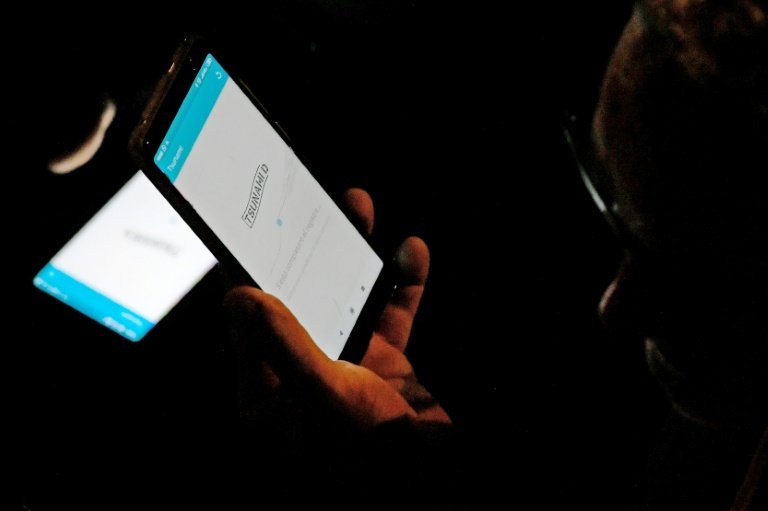 Protests are being organised via the 'Democratic Tsunami' website, which in one of its messages used the Hong Kong slogan #BeWater / © AFP/File

Fliers distributed on Thursday by the radical separatist group CDR reproduced an info-graphic made by Hong Kong activists that outlines how to protest yourself from tear gas and other police tools.

A Catalan separatist group set up in August even started using yellow hardhats just as protestors do in Hong Kong and called itself "Cascos grocs" in Catalan or "Yellow hats".

"There is sympathy between these minorities which do not have enough political space to express themselves" but "that does not mean that we are going to have a common strategy," said Vilanova of the ANC.

China's government-run English-language newspaper China Daily on Tuesday warned "separatism will not be tolerated in any country" along with the hash-tag #HongKong and a video showing clashes between protestors and police at Barcelona airport.