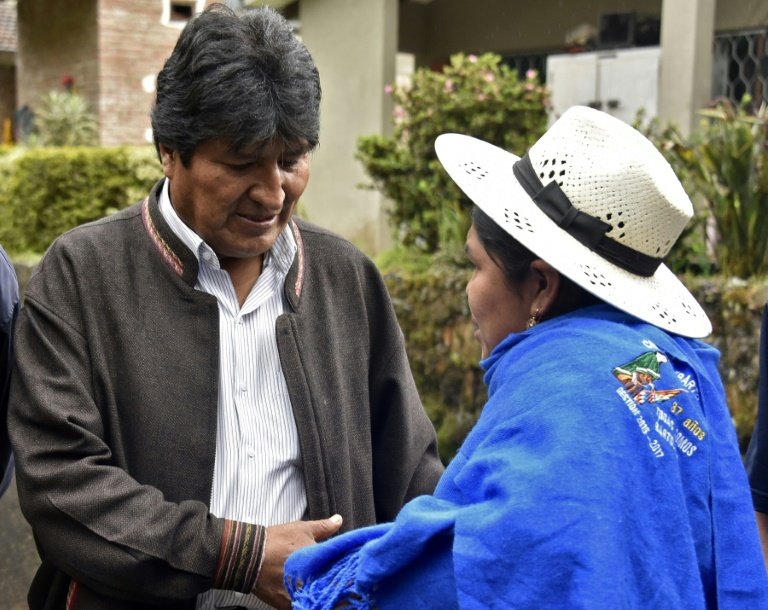 President Evo Morales stands accused of corruption and many are enraged at his refusal to step aside, even though Bolivia's constitution bars him from running / © AFP

Polls opened in Bolivia Sunday with Evo Morales vying for a controversial fourth term as the country's first indigenous president amid allegations of corruption and authoritarianism.

Morales' popularity has been waning. Despite his previous three election victories, opinion polls say this race is likely to go to an unprecedented second-round runoff on December 15.

The latest opinion poll shows Morales with 32 percent of the vote, with his main challenger, former president Carlos Mesa, on 27 percent.

Polling stations opened at 8:00 am (1200 GMT), with 7.3 million Bolivians eligible to cast ballots for president and vice president, both of whom will serve for five years. Polls close at 4:00 pm.

No other candidate is expected to come close to challenging the top two, but neither Morales nor Mesa is likely to win the first-round vote outright.

Electors will also choose members of the 166-seat congress -- 36 senators and 130 deputies.

After casting his ballot in his coca-growing district of Chapare, Morales said he was optimistic about his chances and confident in Bolivia's democracy.

In an eve-of-poll message on Twitter, Morales called on voters in the resource-rich Andean state to participate "peacefully and actively" in the elections.

Mesa said he feared the election would be fraudulent because of Morales' powerful grip on key organs of state, and he expressed his concerns in a meeting with observers from the Organization of American States.

Morales said the maturity of Bolivia's electorate would make Sunday's polls a triumph of democracy and "an example for delegations and observers who visit us." 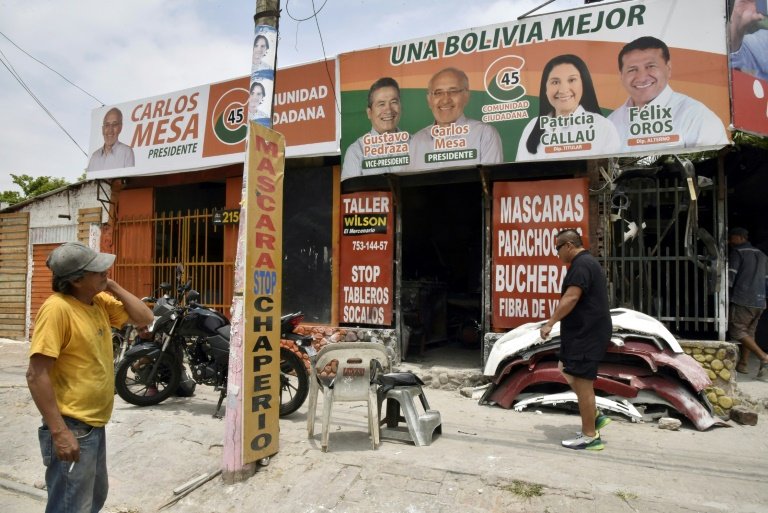 The popularity of Bolivia's President Evo Morales has been waning / © AFP

Morales, who will turn 60 next week, is already the longest-serving president in Bolivian history, having been at the helm for 13 years.

But he stands accused of corruption, and many voters are enraged at his refusal to step aside, even though the South American country's constitution bars him from running again. 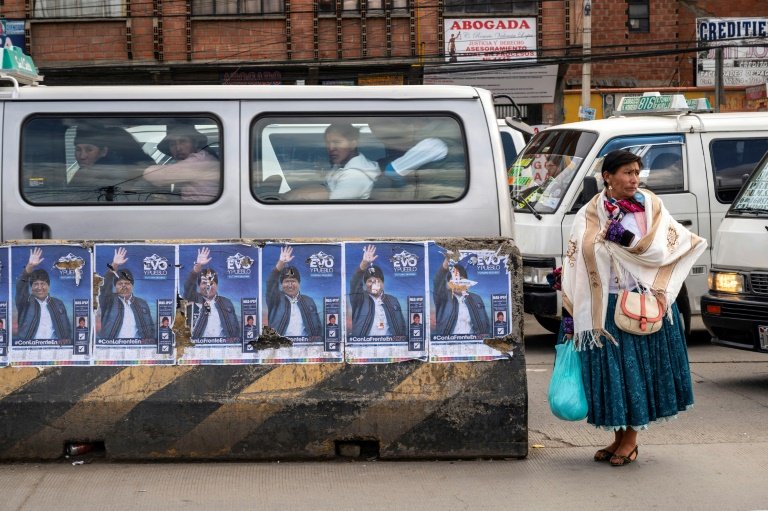 Evo Morales, who will turn 60 next week, is already the longest-serving president in Bolivian history / © AFP

"Power has replaced policies aimed at the whole population by others that only serve the interests of certain sectors," political commentator Maria Teresa Zegada told AFP.

"Opposition leaders have been persecuted, all of which has caused citizens unease and given the impression that democracy was in danger," said Zegada.

Mesa, a journalist and historian, has no party of his own but is backed by a minor center-left party. He also has support from a collective of other small parties.

President from 2003-2005, Mesa was a vocal critic of Morales even before announcing his latest bid for office.

Bolivia's 2009 constitution, promulgated by Morales himself, limits a president to two consecutive terms of office.

In a 2016 referendum, voters defeated Morales' bid to secure public support to remove term limits, but his government rejected the result. 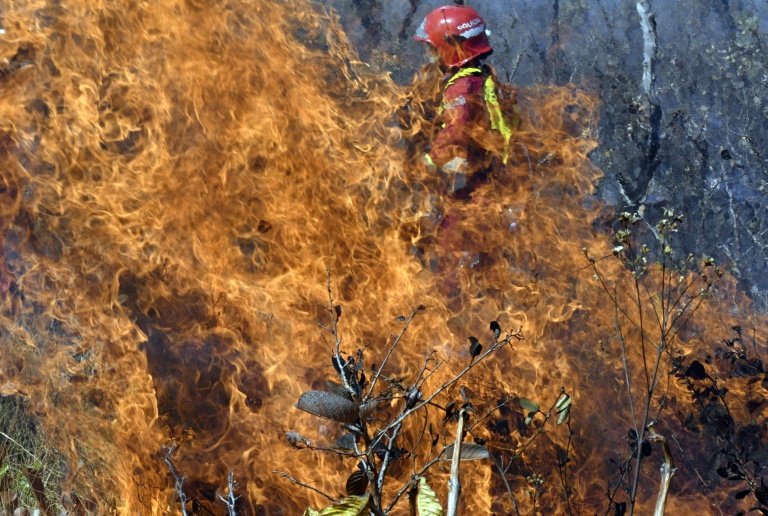 The constitutional court, stacked with Morales loyalists, ruled it was his right to seek re-election.

Morales points to a decade of economic stability and considerable industrialization as his achievements, while insisting he's brought "dignity" to Bolivia's indigenous population, the largest in Latin America.

But he came under severe criticism this year as wildfires in August and September ravaged Bolivia's forests and grasslands, with activists saying his policies encouraged the use of blazes to clear farmland. 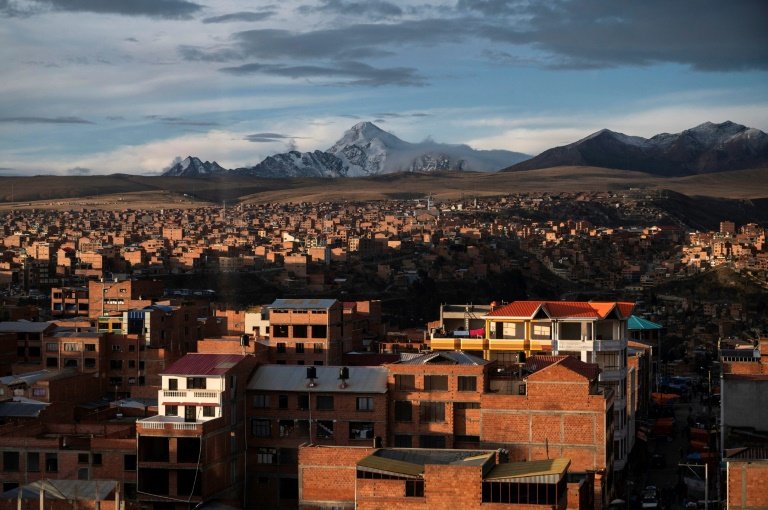 Bolivia's 7.3 million voters are choosing their next president in a close race between incumbent Evo Morales and challenger Carlos Mesa / © AFP

The outcry that followed, particularly among indigenous communities, has helped boost Mesa's candidacy.