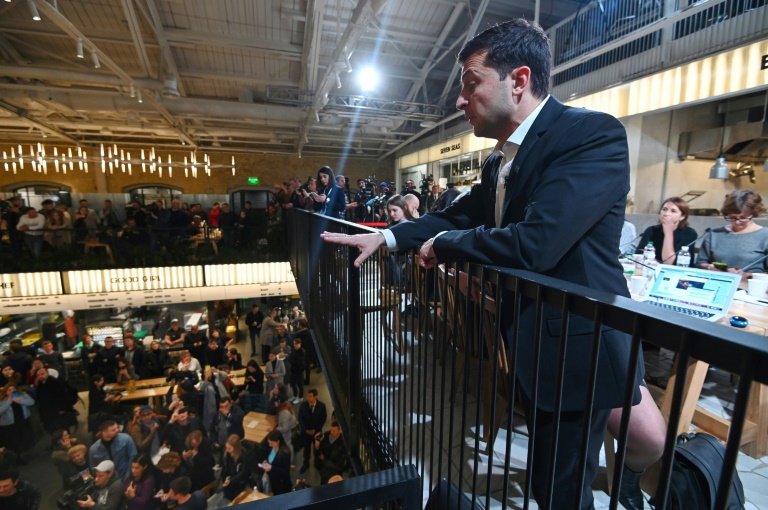 The once comedian and an actor who starred as a fictional Ukrainian president in a hit television series has been in the spotlight in recent weeks.

The issue of whether US President Donald Trump offered Mr Zelensky a quid pro quo – US military support in exchange for an investigation into former vice-president Joe Biden in Ukraine – is one of the main focuses of an impeachment inquiry underway in Washington.

In a rare motion for an Eastern European leader to openly call for and defend the rights of LBGTQ+ people, Zelensky shuts down a heckler's issue quicksmart.

That viral video of Ukraine’s President @ZelenskyyUa powerfully shutting down a homophobic heckler — now with more context by @Hromadske. A rare public exhibit of passion in defending progressive values by a European leader these days 🇺🇦🇪🇺🏳️‍🌈pic.twitter.com/v2uiEq5Ae4