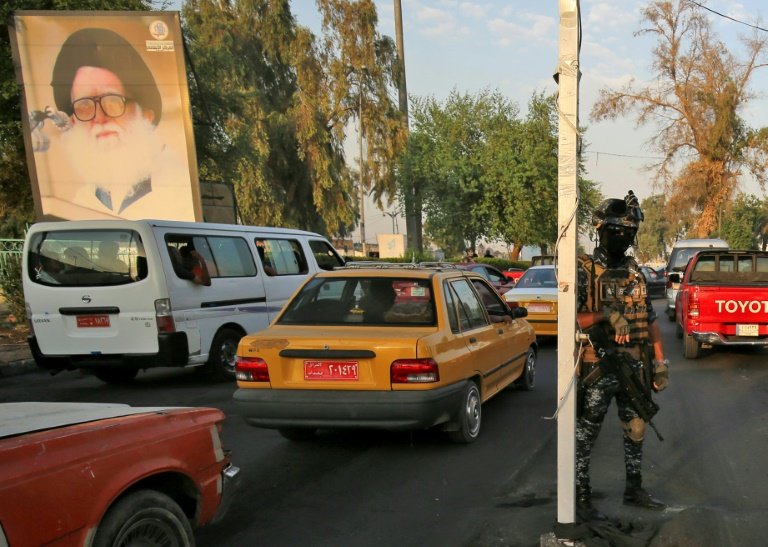 Calm has returned to the streets of Iraq after a week of anti-government protests were met with violence, but a political crisis remains. / © AFP

Calm prevailed in Iraq on Wednesday after a week of anti-government protests left more than 100 dead, prompting the United States to call on the country's government to exercise "maximum restraint".

In Baghdad -- the second most populous Arab capital -- normal life has gradually resumed since Tuesday.

Traffic has again clogged the main roads of the sprawling city of nine million inhabitants. Students have returned to schools, whose reopening was disrupted by the violence.

On Tuesday, security restrictions were lifted around Baghdad's Green Zone, where government offices and embassies are based.

Iraq descended into violence last week as protests that began with demands for an end to rampant corruption and chronic unemployment escalated with calls for a complete overhaul of the political system.

The demonstrations were unprecedented because of their apparent spontaneity and independence in a deeply politicised society.

Protesters were met with tear gas and live fire. On Sunday night, scenes of chaos engulfed Sadr City, the Baghdad stronghold of influential Shiite leader Moqtada al-Sadr, who called for the government to resign.

At least 13 demonstrators died in Sadr City, where the military recognised "excessive force outside the rules of engagement" had been used.

According to official figures, the week of violence in Baghdad and across southern Iraq killed more than 100 people, mostly protesters but including several police, with more than 6,000 others wounded.

Uncertainty over the identify of the perpetrators persists, with authorities blaming "unidentified snipers".

Amnesty International said Wednesday that the authorities' pledge to set up an investigation into the deaths was "already ringing hollow as protesters continue to be harassed and threatened into silence".

US Secretary of State Mike Pompeo has condemned the violence.

During a call with Iraqi Prime Minister Adel Abdel Mahdi, Pompeo said "those who violated human rights should be held accountable", the State Department said in a statement.

"The secretary lamented the tragic loss of life over the past few days and urged the Iraqi government to exercise maximum restraint.

"Pompeo reiterated that peaceful public demonstrations are a fundamental element of all democracies, and emphasised that there is no place for violence in demonstrations, either by security forces or protesters."

"I raised concerns about the response to recent protests - the need to respect peaceful protest & media freedoms," he wrote on Twitter Wednesday.

While calm has returned to the country, uninterrupted internet access has not.

Cyber-security NGO NetBlocks blamed the state for imposing "a near-total telecommunication shutdown in most regions, severely limiting press coverage and transparency around the ongoing crisis."

Since Tuesday, connection had intermittently returned to Baghdad and the south of the country.

But on Wednesday, NetBlocks reported on Twitter that the internet was "cut again across most of #Iraq", adding that social media and mobile services were "highly disrupted". 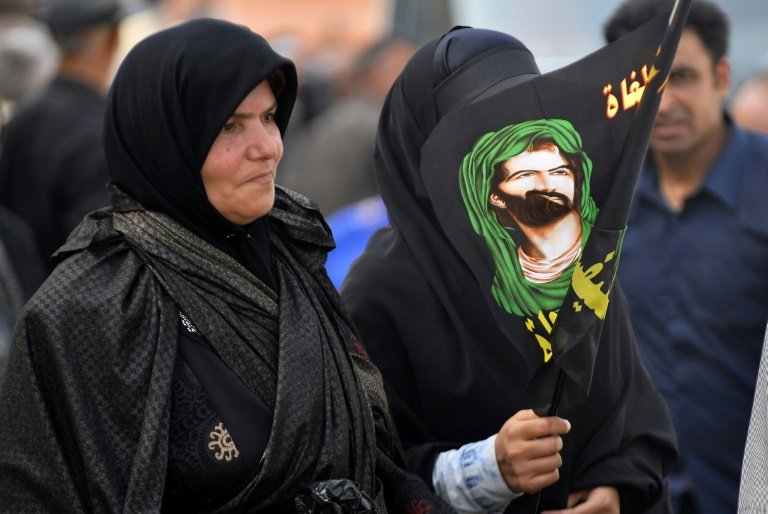 Shiite Muslim pilgrims gather in the southern Iraqi city of Najaf ahead of Arbaeen which marks the 40th day after Ashura, commemorating the seventh century killing of Prophet Mohammed's grandson, Imam Hussein / © AFP

Providers had told customers earlier in the day they were unable to provide a timetable for a return to uninterrupted service, information on restrictions, or any other details.

Iraqi authorities have not commented on the restrictions, which according to NetBlocks have affected three quarters of the country. In the north, the autonomous Kurdish region has remained unaffected.

The tentative calm returning to Baghdad comes ahead of Arbaeen, the massive pilgrimage this month that sees millions of Shiite Muslims walk to the holy city of Karbala, south of Baghdad.

Nearly two million came last year from neighbouring Iran, which has urged citizens to delay their travel into Iraq in light of the protest violence.

Its supreme leader Ayatollah Ali Khamenei said Monday "enemies" were trying to drive a wedge between Tehran and Baghdad, in an apparent allusion to the protests.

The demonstrations and accompanying violence have created a political crisis in a country torn between its two main allies -- Iran and the United States.

With political rivals accusing each other of allegiance to foreign powers, President Barham Saleh called Monday for "sons of the same country" to put an end to the "discord".

He called for a "national, all-encompassing and frank dialogue… without foreign interference."