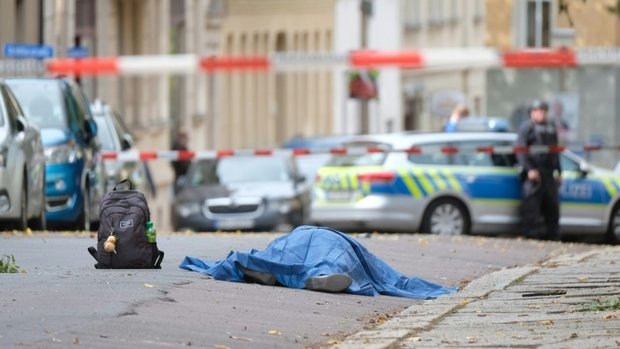 At least two people were killed Wednesday in a shooting on a street in the German city of Halle, police said. It was later confirmed that one person has been arrested. More shots fired in nearby Landsberg.

"Early indications show that two people were killed in Halle. Several shots were fired. The suspected perpetrators fled in a car," said police on Twitter, urging residents in the area to stay indoors.

The incident reportedly took place in front of a synagogue on Humboldtstraße. Police sealed off the area.

The central train station has been closed while the area is under lockdown, rail company Deutsche Bahn said.

According to Bild daily, the perpetrators used machine guns and a hand grenade was also flung into a Jewish cemetery but police are yet to confirm. 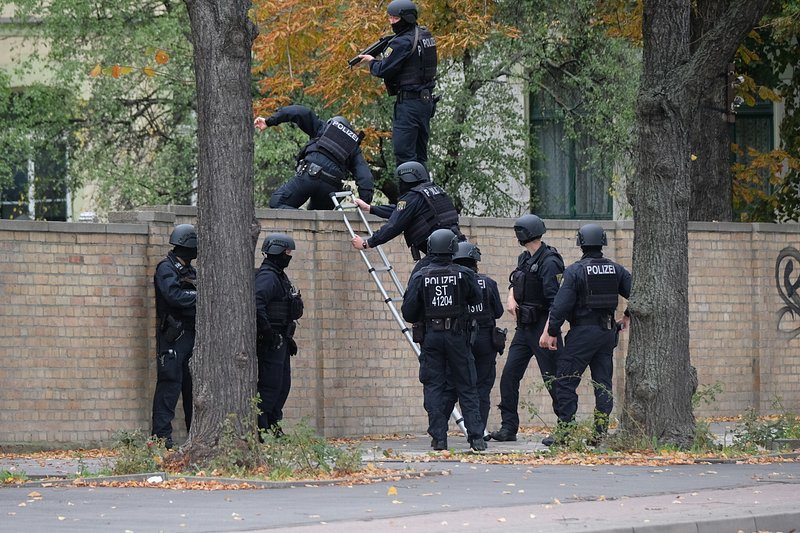 Wednesday evening marks the end of Yom Kippur, also known as the Day of Atonement, the holiest day of the year in Judaism.

At 1.44 pm, police Halle said they have captured one suspect, but urged residents to remain vigilant. "Our forces have arrested one person. Stay watchful nevertheless," police wrote on Twitter.

Police also confirmed that more shots had been fired in Landsberg, 15 km from Halle. The exact circumstances remain unknown. An eyewitness, Konrad Roesler, told news channel NTV he was in a Turkish restaurant about 600 metres (yards) away from the synagogue when "a man wearing a helmet and military uniform" flung a hand grenade at the store. "The grenade hit the door and exploded," he said. "(The attacker) shot at least once in the shop, the man behind me must be dead. I hid in the toilet and locked the door." 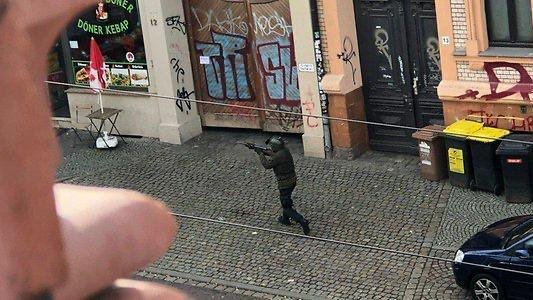 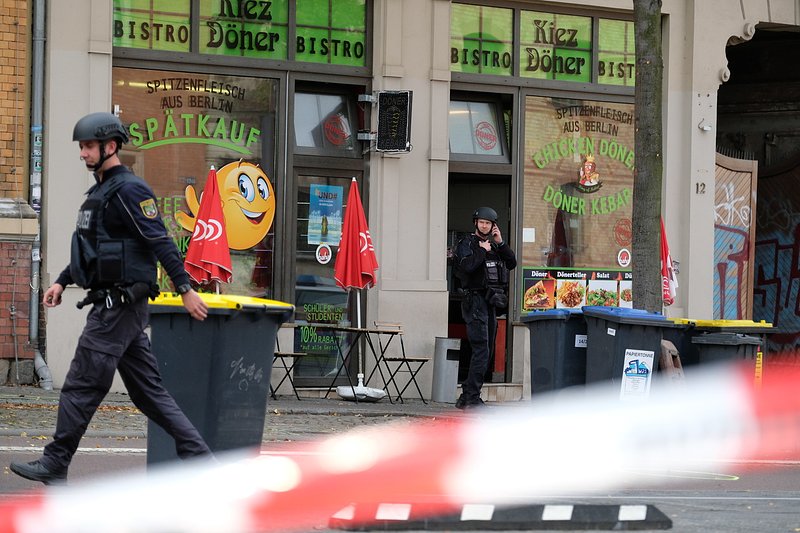 Video of one suspect firing shots in Halle:

Police closed a school in Markranstädt over security concerns.

The gunmen sought to enter a synagogue but security measures in place helped to "withstand the attack", a Jewish community leader told Spiegel Online. Max Privorotzki, chairman of the Halle's Jewish community, told Spiegel that two perpetrators had tried to enter the synagogue. There are currently 70-80 people inside the synagogue. Max Privorotzki, who heads the community in Halle, added that between 70 and 80 people were in the synagogue on a day when Jews around the world were marking Yom Kippur, one of the holiest days in the Hebrew calendar.

A Twitter user posted a picture of one alleged suspect. The image shows a man dressed in military clothes carrying what looks like a machine gun. 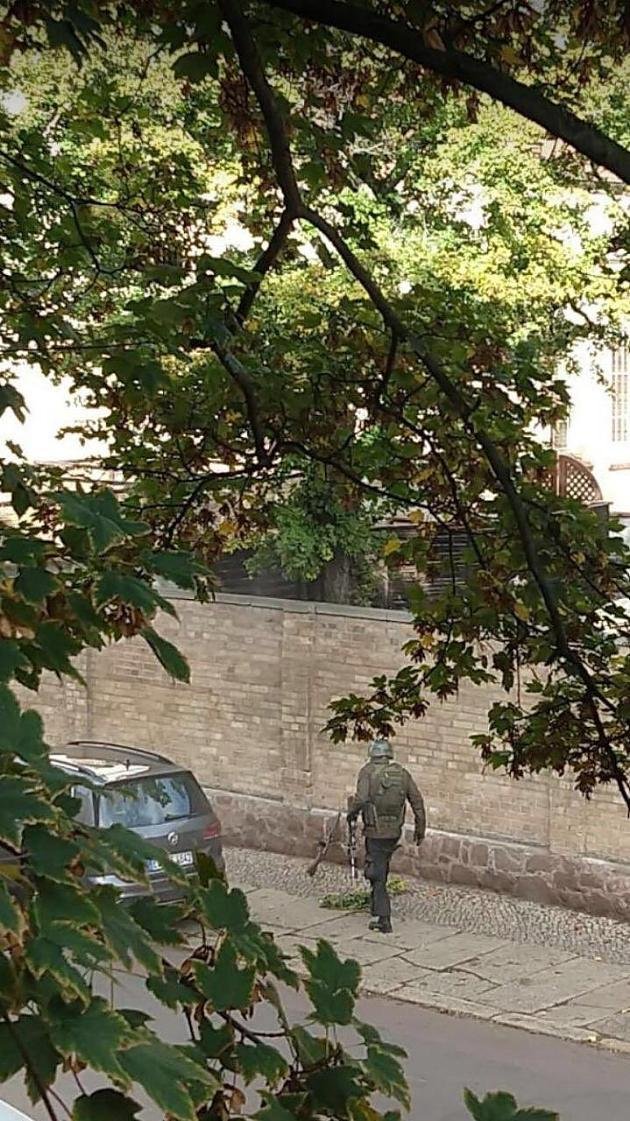 According to LVZ, one suspect made his way all the way to Leipzig, where police are continuing their search.

German anti-terror prosecutors are taking over the probe of a deadly shooting outside a synagogue and at a Turkish restaurant in the eastern city of Halle, a spokesman told AFP.

Following the gun rampage in which at least two people were killed, the spokesman for the federal prosecutor's office said the step had been taken given "the particular importance of the case" which he said involved "violent acts that affect the domestic security of the Federal Republic of Germany".

A press spokesman confirmed that two people were seriously injured during the attack. One of them is undergoing surgery.

Luebcke's killing has deeply shaken Germany, raising questions about whether it has failed to take seriously a rising threat from right-wing extremists.

Investigators have been probing the extent of suspect Stephan Ernst's neo-Nazi ties and whether he had links to the far-right militant cell National Socialist Underground (NSU).

Interior Minister Horst Seehofer last month warned of the rising danger of the militant far right, calling it "as big a threat as radical Islamism".

Seehofer said that police had uncovered 1,091 weapons including firearms and explosives during probes of crimes linked to the far right last year, far more than in 2017 when 676 were found.

At the same time, Germany has also been on high alert following several jihadist attacks in recent years claimed by the Islamic State group.