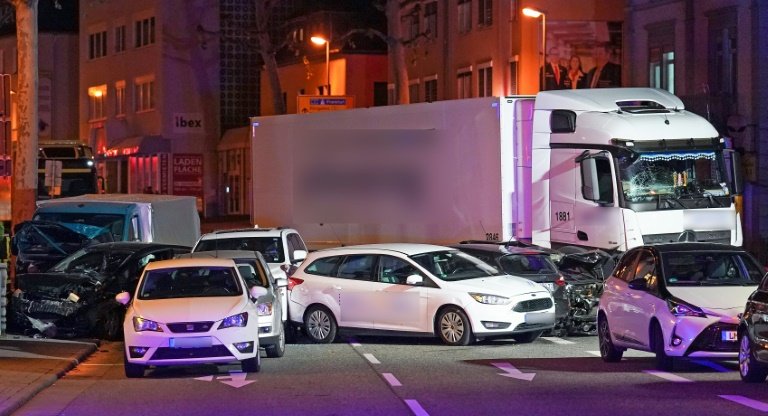 German authorities on Tuesday were investigating the motive of a Syrian man who hijacked an articulated lorry and smashed it into cars stopped at a traffic light in the city of Limburg, injuring several people.

The public prosecutor's office said it had opened an attempted homicide probe against the 32-year-old suspect, whose name was not released.

"The investigation into what was behind the act is ongoing," the prosecutors said in a statement.

"We cannot comment on the motive in particular -- we are pursuing all leads."

Unconfirmed media reports said the Syrian national arrived with the massive migrant influx to Germany in 2015 and that his residency permit had expired on October 1.

Germany has been on alert following several jihadist attacks in recent years claimed by the Islamic State group.

The most deadly was committed in 2016 by a 23-year-old Tunisian, who killed 12 people when he stole a truck and ploughed it through a Berlin Christmas market.

However the authorities remained cautious.

A spokesman for the federal prosecutor's office in Karlsruhe, which usually takes over terror probes, said it was for now leaving the case to Frankfurt.

"Although the events recall the horrible attacks in Nice and Berlin, the motive of the detained man remains unclear," he said.

He added that security authorities had, as yet, found "no links to the violent Islamist scene". 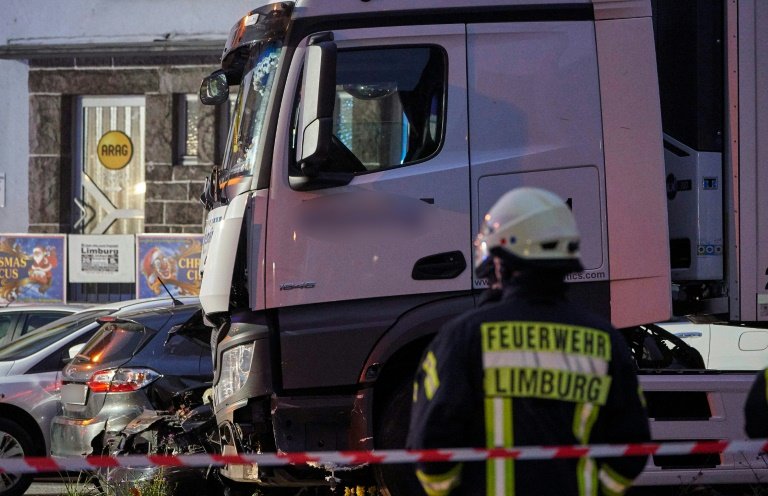 The white articulated lorry slammed into seven cars and a van idling at a red light opposite the courthouse in Limburg, western Germany late Monday afternoon, crushing them together.

Nine people were slightly injured, including the driver of the stolen vehicle, who was immediately taken into custody by police officers who happened to be on the scene.

The original driver of the truck, who was not named, was quoted by daily Frankfurter Neue Presse (FNP) as saying a man had "dragged" him out of his lorry.

He said the hijacker, with short dark hair and a full beard, had yanked open the driver-side door and stared at him wide-eyed before forcing him out of the vehicle.

Prosecutors said he was not believed to have used a weapon in the hijacking.

The truck sped into the parked cars a few metres (yards) away and came to a stop on the central reservation of a six-lane road. 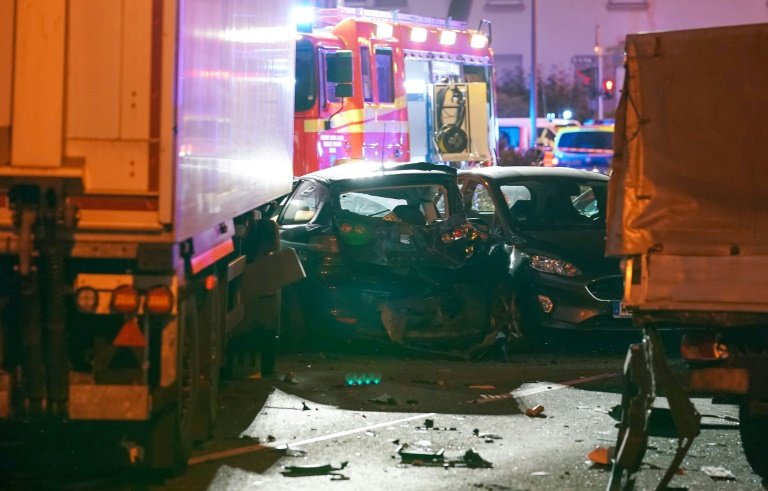 When the man behind the wheel of the truck emerged from the crash, several passers-by provided first aid, FNP said.

Bettina Yeisley from Limburg, whose office is next to the crash scene, told FNP she heard a loud bang and ran out onto the street with colleagues.

They found the driver sitting by the roadside in the city of 35,000 about an hour's drive from the financial capital Frankfurt.

"He was bleeding from the nose, his hands were bloody, his trousers torn. He said that everything hurt. I asked him his name and he said, 'My name is Mohammed'." 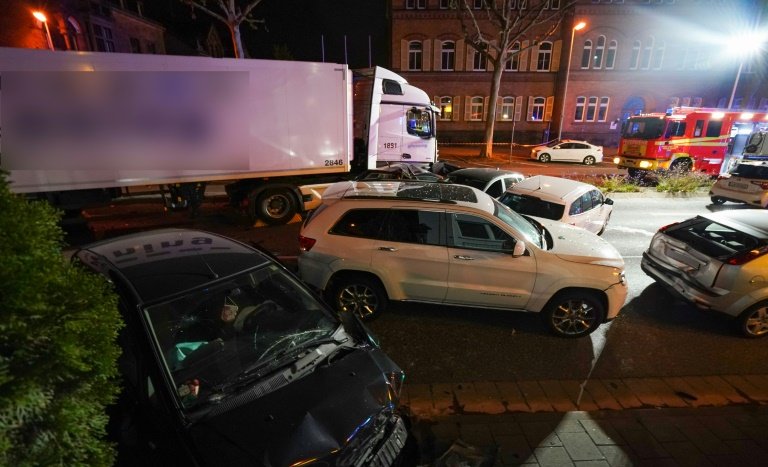 Police said around nine people were slightly injured, including the driver of the stolen vehicle / © dpa/AFP

The Office for the Protection of the Constitution, Germany's domestic security watchdog, warned in April of an estimated 2,240 Islamists with "terrorist potential" living in Germany.

The far-right Alternative for Germany party has seized on Chancellor Angela Merkel's decision to leave the German border open to more than one million migrants and refugees in 2015-16, accusing her government of compromising national security.

It is now the biggest opposition party in parliament.