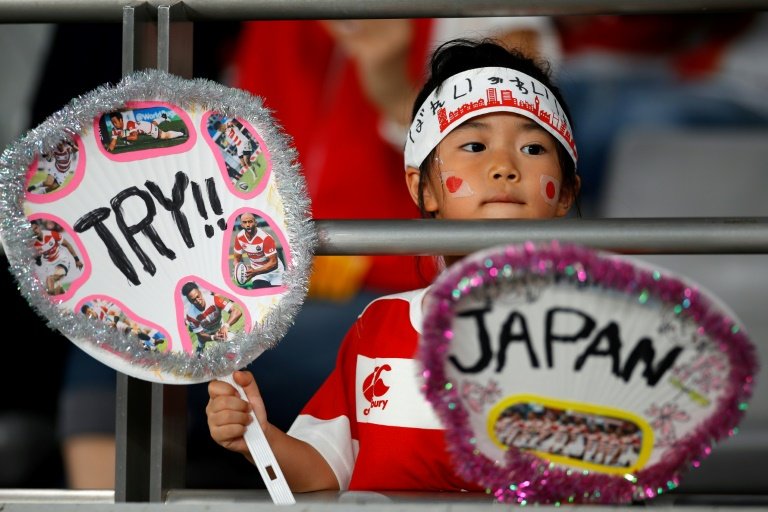 Rugby fans from long-time supporters to newly minted enthusiasts crammed into bars and viewing zones in Tokyo on Friday to cheer as Japan kicked off the World Cup with a win in the opener against Russia.

"I have been so looking forward to the World Cup. It's like a once-in-a-lifetime event," said Kasumi Takizawa, an avid fan cheering Japan at an official fanzone near Tokyo's glitzy Ginza district.

"I watch rugby regularly because my family are fans," the 25-year-old told AFP.

"But none of my friends watch it!"

Takizawa has tickets to an Argentina match during the tournament but was eager to experience a public viewing.

"I hope to see more people become rugby fans so that I can share excitement with them."

The World Cup opener pitted hosts Japan against Russia, with the Brave Blossoms securing a 30-10 victory to the delight of the home fans. 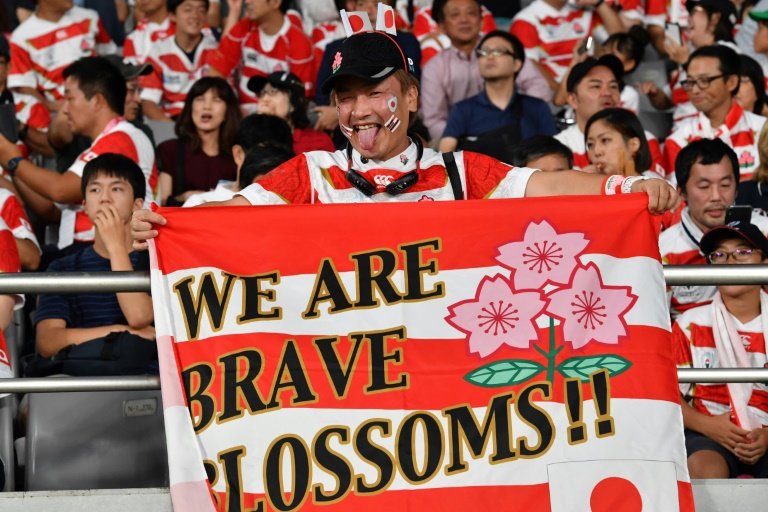 But he admitted that he was keeping his expectations in check.

"I wish I could say Japan will win it all, but realistically I'm hoping for the final eight."

The Cup is being held outside the sport's traditional strongholds for the first time in a bid to expand rugby's fanbase.

Among the new converts was 54-year-old Hirohide Kawase, watching with his wife at the fanzone.

"I often watch football and basketball but I don't watch rugby," conceded Kawase.

But he said he was inspired by the story of Japan's historic upset against South Africa, known as the "miracle of Brighton", when the plucky underdog side shocked the world by beating the Springboks at the 2015 World Cup.

"I remember Japan's impressive win... I want the team to reach the very top," he said.

His wife Kanae said she was excited for the game but also admitted to being a rugby neophyte.

"I just learned the rules and when they tackle, it looks so violent and I get scared!" 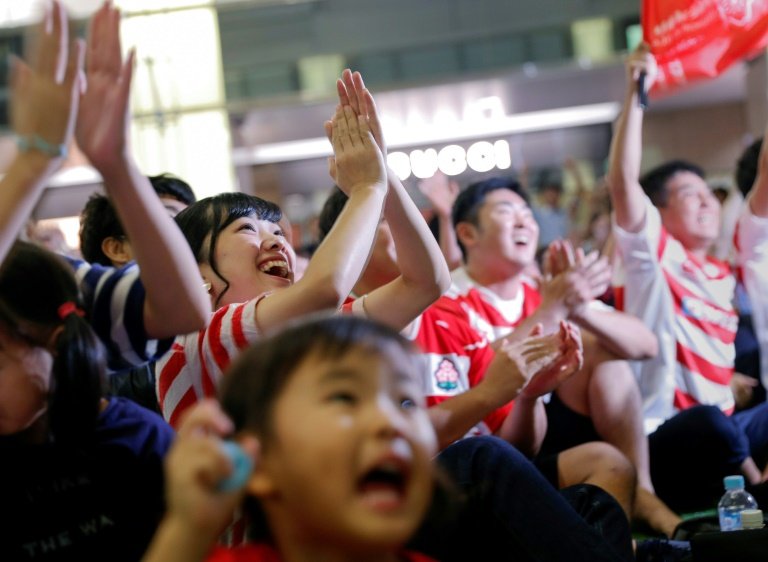 The official fanzone was packed to its 2,000-person capacity, officials said, with around 50 disappointed spectators waiting outside after being told there was no more space.

Inside, cheering fans were drinking and singing, many dressed in the red and white striped kit of the Japanese side. Some had put stickers of the Cup's official mascots -- two mythical lion-like creatures called Ren-G -- on their faces.

As the national side's players appeared on the big screen ahead of kick-off, fans applauded wildly. Others snapped selfies alongside statuettes of the Ren-G mascots.

Rugby fans from around the world have flown into Japan for the tournament, which will run through until the final on November 2.

Among the visiting fans was 29-year-old Hayley Beaton, a scientist from Ireland.

"We're very excited about the World Cup!" said Beaton, who has secured tickets to three Ireland fixtures during the tournament.

"We love it," her friend Susie Griffith, a 28-year-old teacher, said.

"I think it's a lifetime opportunity to come all the way to Japan and watch the games at the same time," Griffith said. 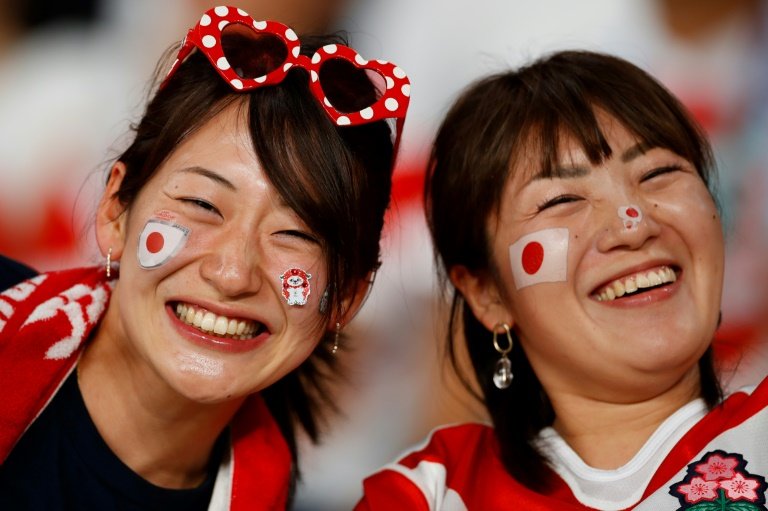 "As long as Japan doesn't beat Ireland, it's fine," she laughed.

World number one side Ireland face off against the hosts on September 28, in a crucial game for Japan, who have set the goal of making it to the quarter finals for the first time.

With the first win of the tournament under their belts, the Brave Blossoms go on to face Scotland as well as Ireland in their battle to make it out of the pool stage.

"Japan is playing on home ground so I believe they can" make it, said English teacher Yoichi Yamigawa, a long-time rugby fan.

He is taking no chances on missing a minute of the action over the next 10 weeks.

"I've already set the TV to pre-record for all the matches that will be aired."