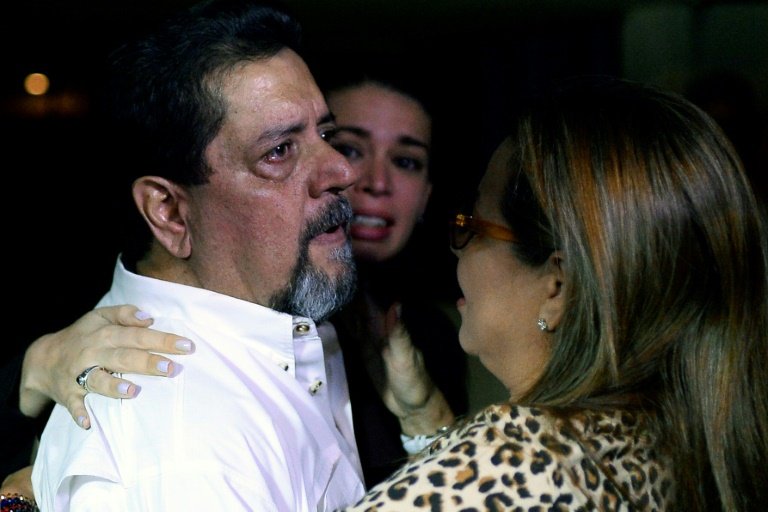 Venezuela has released key opposition figure Edgar Zambrano from jail, where he had been held since a failed uprising in May, Attorney General Tarek William Saab announced Tuesday.

Zambrano -- the vice president of the National Assembly -- had been held in a military prison since his dramatic arrest for supporting a failed April 30 uprising organized by opposition leader Juan Guaido.

The government petitioned the Supreme Court to release Zambrano "following partial agreements reached by the Venezuelan government and sectors of the national opposition," Saab said in a statement.

The release was greeted by opposition lawmaker Timoteo Zambrano on Twitter as the beginning of "the process of releasing political prisoners".

Zambrano's release appears to be linked to Monday's announcement by the government of President Nicolas Maduro that its lawmakers would return to the opposition-dominated National Assembly following a three-year boycott, after striking a deal with opposition fringe parties outside of Guaido's coalition.

That move is aimed at trying to sideline Guaido, who earlier Tuesday was confirmed by the National Assembly as its leader.

The Supreme Court in May said it was jailing Zambrano for "the flagrant commission of the crimes of treason, conspiracy and civil rebellion."

Guaido in April led around 30 members of the armed forces in trying to spark an insurrection to dislodge Maduro, but while it provoked two days of deadly clashes, it quickly fizzled out.

Zambrano was one of 15 lawmakers arrested in a subsequent crackdown on the instigators.

His arrest was the most dramatic and drew the most international attention.

The 64-year-old's car was surrounded outside his Democratic Action Party's headquarters before it was towed, with him still in it, to the notorious Helicoide prison, within the headquarters of Venezuela's SEBIN intelligence agency.

Deputies from the ruling socialist party walked out of the National Assembly in 2016 after losing control in elections, and the government set up its own body, the Constituent Assembly, to sideline the opposition-dominated body.

On Monday, Maduro's government said its deputies would return to the National Assembly "in the interest of deepening and extending the dialogue" with the opposition.

That announcement came hours after Guaido announced that talks aimed at resolving the country's long-running political impasse had ended.

Maduro called off the talks, which were initially held in Oslo and then moved to Barbados, on August 7 in response to US sanctions against his government.

"After more than 40 days during which he refused to continue, we can confirm that the Barbados (dialogue) mechanism has ended," Guaido said.

Guaido earlier this year declared himself interim president with the backing of the United States and other western powers, saying elections that returned Maduro to power had been undermined by fraud.

However, despite months of mass protests, US sanctions, and repeated calls for military defections, Guaido has failed to shake Maduro's stranglehold on power.

The presidency of the National Assembly normally rotates annually under an agreement within the opposition coalition.

The position would next fall to minority movements, including parties who have signed a pact with Maduro paving the way for a return of 55 lawmakers from his socialist bloc to the legislature.

Venezuela has suffered years of recession that have forced more than three million people to flee, hyperinflation, food shortages and insecurity since 2015, according to United Nations figures.