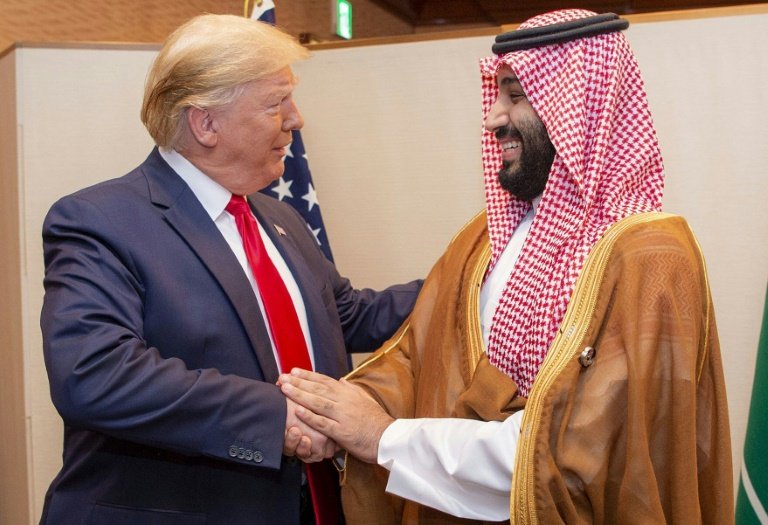 After an attack on Saudi Arabia's oil infrastructure, a specter hangs over any US response -- the cozy relationship between President Donald Trump and Crown Prince Mohammed bin Salman, which has drawn intense controversy.

Trump on Tuesday dispatched Secretary of State Mike Pompeo to Jeddah to consult with the powerful 34-year-old prince after US officials blamed Iran for the attack on Abqaiq, one of the world's largest oil facilities.

Trump's first tweets after the attack raised eyebrows in Washington for their apparent deference to Saudi Arabia, saying that the United States was waiting to hear from Riyadh on "under what terms we would proceed."

"Trump awaits instructions from his Saudi masters. Having our country act as Saudi Arabia's bitch is not 'America First,'" she said, referring to Trump's slogan.

An anonymous US official said the attack on the oil infrastructure was launched from Iranian soil, despite the claim of responsibility by Yemen's Huthi rebels, who are under assault in a devastating Saudi-led air campaign.

While Republicans quickly agreed that Iran was behind the attack, Democrats voiced caution, noting the lessons of the Iraq war and saying that the United States instead should try to ease tensions between Saudi Arabia and Iran.

"The US should never go to war to protect Saudi oil," said Democratic Senator Tim Kaine.

He vowed that, if Trump "starts a war against Iran to protect Saudi Arabia," he would immediately try to end US support through Senate action.

"Sending our troops into another war in the Middle East would be a colossal mistake," Kaine said. 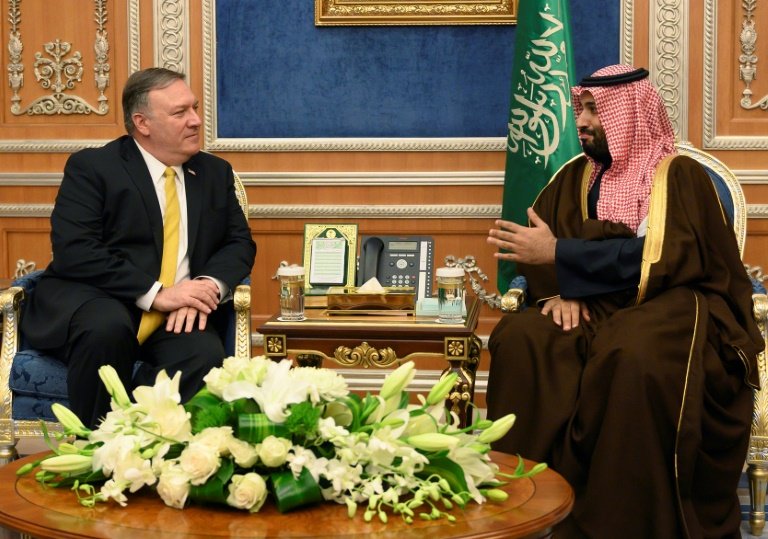 After his initial response, Trump has stressed that the United States will make its own decisions, saying that he has not made any promises to the Saudis and that the oil-rich kingdom would assist any action financially.

Even Republicans have criticized Crown Prince Mohammed -- known by his initials MBS -- after the killing a year ago of Jamal Khashoggi, a dissident writer and contributor to The Washington Post who was strangled to death after being lured into the Saudi consulate in Istanbul.

But Trump has defied Congress by keeping up support, including twice vetoing measures that would have stopped US assistance for the Saudi offensive in Yemen -- which the United Nations considers the world's worst humanitarian disaster.

Yasmine Farouk, a Middle East expert at the Carnegie Endowment for International Peace, said that Trump may be pretending to defer to the Saudis so that he does not bear sole responsibility for any response.

"This lets him help out the Saudis, who don't want a war," she said. But Trump also succeeds in "not looking like a weak president if, in the end, there isn't any military action."

The real estate mogul enjoys lobbing tough-worded threats against US adversaries but has also pledged to put an end to years of "endless war" that he sees as costly and misguided.

The strike on the Saudi oil facility also came just as Trump was musing about a summit with Iranian President Hassan Rouhani on the sidelines of the UN General Assembly in New York.

France has taken a lead in trying to arrange talks and bring down tensions, which have soared since Trump last year walked away from a multinational accord on ending Iran's nuclear program.

After Iran repeatedly said that it would not meet without an easing of US sanctions, Trump said Tuesday that he would "prefer not meeting" Rouhani.

The weekend attack has especially angered Washington which sees not just an assault on its Saudi ally but on US credibility.

While the Saudis enjoy a decades-old relationship with the United States, Trump has made the ultra-conservative kingdom and Israel the pillars of his Middle East strategy as he tries to curb the influence of Shiite Iran.

Trump has justified the alliance on financial grounds, including its weapons sales, recently boasting that the Saudis had spent $400 billion in the United States in recent years.

"As long as Saudi Arabia is paying, Trump supports MBS no matter what," Farouk said. "It's all about the money and Trump doesn't hide that."