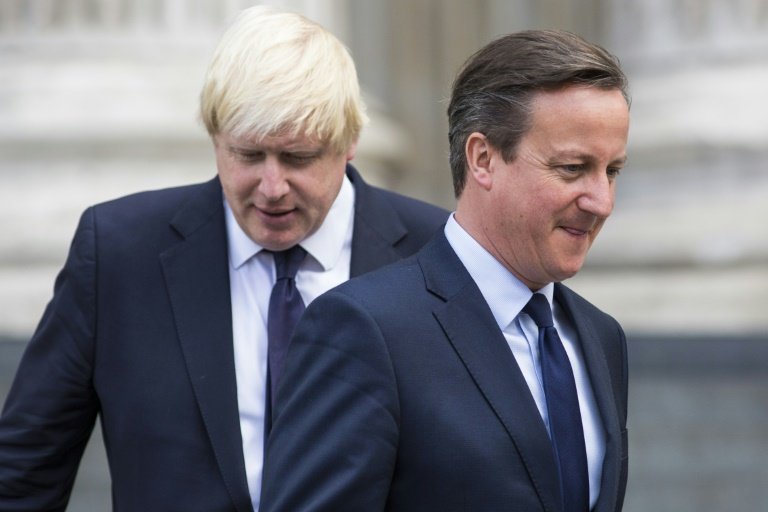 Former prime minister David Cameron, who quit after calling Britain's EU membership referendum in 2016 -- said Boris Johnson had told him he was sure Brexit would be "crushed like a toad".

Cameron has broken a long spell of silence that followed his resignation to promote a tell-all book about who said what as Britain approached the historic vote.

Boris Goneson in Luxembourg: the day the Uncredible Hulk took to his heels

He told ITV in an interview aired Monday that Johnson, now prime minister, never truly believed in the Brexit cause.

"He thought that the Brexit vote would be lost but he didn't want to give up the chance of being on the romantic, patriotic nationalistic side of Brexit," said Cameron.

"The minutes before he goes out to explain why he's going to be on the side of Brexit, he sent me a text saying 'Brexit will be crushed like a toad under the harrow'."

The Brexit side ended up winning 52-48 percent.

Johnson turned into a figurehead of the Brexit battle after finally deciding which side he wanted to support.

His rhetoric contrasted with the socially liberal and pro-trade image projected while serving two terms as London mayor.

He now promises to take Britain out on October 31 even if he fails to strike a new negotiated agreement with Brussels.

Numerous accounts of that era suggested Johnson wavered about which side to support.

"He'd never argued for it before and so why argue for it when there's a better deal on offer?" Cameron asked.

Brussels and London had been involved in protracted negotiations about the terms of Britain's future membership.

Brexit supporters argued that Britain needed to wrest back control of its borders and negotiate its own trade deals.

Opponents said Britain's position was much stronger as a member of the single European trading bloc.

Cameron once again refused to apologise for calling the referendum -- something his critics have demanded for the past three years -- but conceded that his time in "frontline politics" was up.

"I think the idea of going back to frontline politics is not going to happen, nor should it," he said.