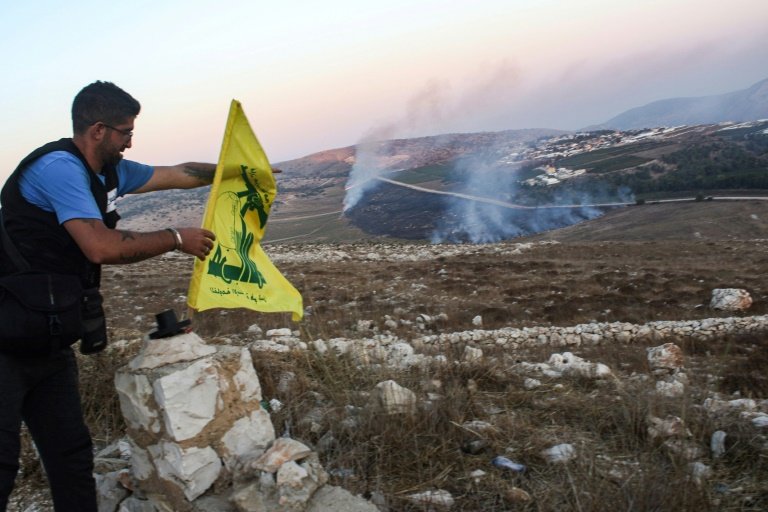 The Iran-backed Hezbollah movement said Monday it had downed and seized an Israeli drone as it flew across the Lebanese border, a week after a flash confrontation between the arch-foes.

Israel's army said a drone it was operating "fell" in Lebanon on Sunday. In what appeared to be a response, an air strike at "around midnight" left 18 pro-Iranian fighters dead in eastern Syria, a monitor said.

The Syrian Observatory for Human Rights could not confirm whether that raid was Israeli.

Later Monday, the Israeli army said rockets had been fired from Syria but failed to reach their targets.

Hezbollah had issued a statement saying that some of its fighters "confronted with the appropriate weapons an Israeli drone" heading towards the Lebanese border village of Ramyeh overnight.

The Shiite militant group said it subsequently retrieved the device, but did not provide pictures. 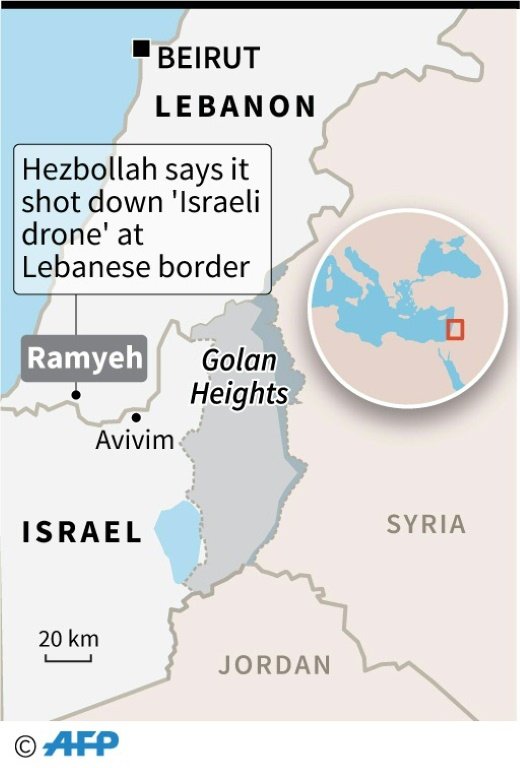 An Israeli army spokeswoman told AFP a drone "fell" in Lebanese territory, adding that "there is no risk of a breach of information".

Hezbollah chief Hassan Nasrallah chief said late Monday during an event marking a Shiite religious holiday that his movement and Iran were engaged in a "great battle" against Israel and the United States.

"Tonight and tomorrow we will tell (US President Donald) Trump and (Israeli Prime Minister Benjamin) Netanyahu that we are a nation and nothing affects our will -- not siege, sanction, poverty or hunger."

Monday's incident was part of an escalation between the two foes that started on August 24 when an Israeli strike killed two Hezbollah operatives in Syria.

The operation was followed hours later by what Hezbollah described as an Israeli drone attack on its Beirut stronghold.

That led to an escalation in rhetoric and heightened fears of all-out conflict between Hezbollah and Israel whose main allies, Iran and the United States respectively, are also at loggerheads.

On September 1, Hezbollah fired anti-tank missiles at an Israeli military vehicle and battalion headquarters and Israel responded with a salvo of artillery shells.

Analysts said the cross-border exchange, which caused no injuries, was a highly choreographed move aimed at flexing muscles without igniting war.

Hezbollah had warned last week that its actions were only a response to the late August strike in Syria and not to the drone incident in Beirut, for which separate retaliation was to come. 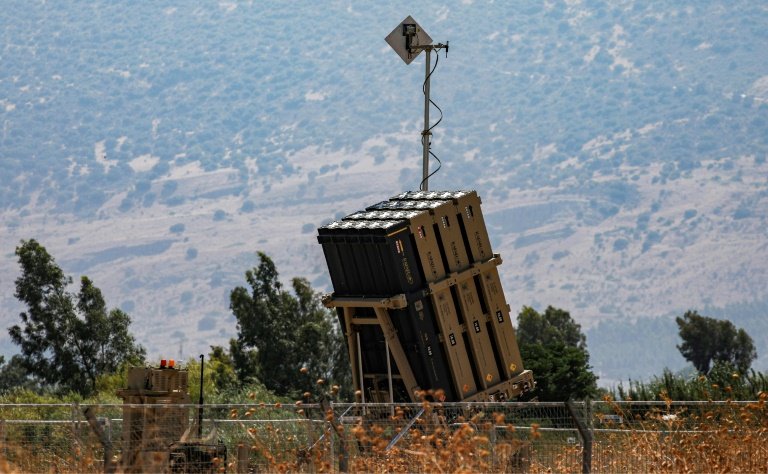 Sources close to the organisation had said its fighters would down an Israeli drone over Lebanon at the first opportunity.

The Britain-based Observatory reported that, probably moments later, a strike by an unidentified aircraft killed 18 pro-Iranian fighters in eastern Syria.

The attack consisted of "five missiles targeting an Iranian compound, an ammunition depot and three other military positions", the Observatory said, adding that Iranians were among the dead.

The strike took place in the region of Albu Kamal, a town which lies along the Euphrates, on Syria's eastern border with Iraq.

Hezbollah military media quoted a "security source in Syria" accusing Israel of launching the attack, although there was no official statement from Damascus.

The source said that the strike hit an under-construction base belonging to the Syrian army and its allies. He added that the base was empty, and therefore the attack did not cause any casualties.

Neither Israel nor the US-led coalition, which carries out air strikes in the area against jihadist sleeper cells, commented on the incident.

Albu Kamal lies in Deir Ezzor province which covers much of Syria's remote eastern desert, where the Islamic State group's so-called "caliphate" made its last stand this year.

Control of the area is split between US-backed Kurdish fighters and groups aligned with the Damascus regime, which is supported by Iran and Russia. 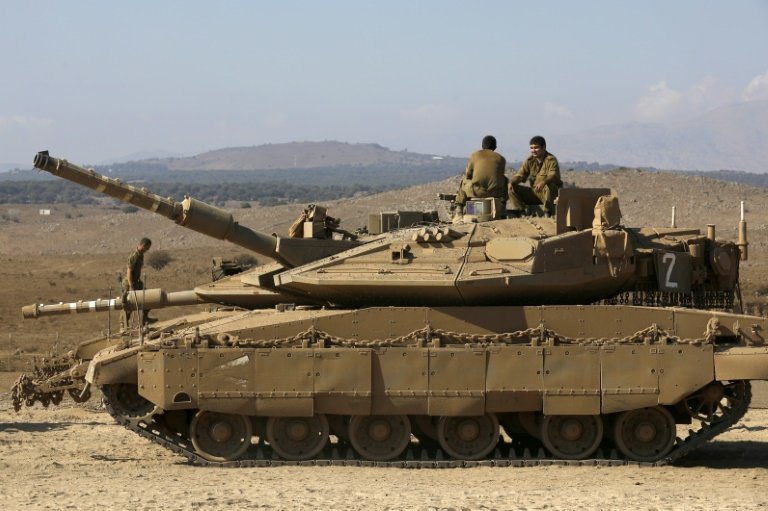 Israeli soldiers set up a tank near Kibutz Merom in the Israeli-annexed Golan Heights on the border with Syria on September 9, 2019 / © AFP

An Israeli military statement said Monday that rockets had been fired from Syria but all failed to hit Israeli territory.

"The rockets were launched from the outskirts of Damascus by Shiite militia operatives operating under the Iranian Quds Force," it said.

The force is the elite branch of Iran's Revolutionary Guards and is commanded by Qassem Soleimani, the mastermind of Tehran's military strategy in the region.

Israel, which has vowed to keep weakening Iran so long as it continues to develop weapons that threaten the Jewish state, has launched attacks against a variety of targets.

It has carried out operations against Iranian forces and Tehran's proxies in Lebanon, across Syria and in Iraq.

After Monday's drone downing a senior US official visiting Beirut underlined the "importance" of preserving security in Lebanon, a US embassy statement said.