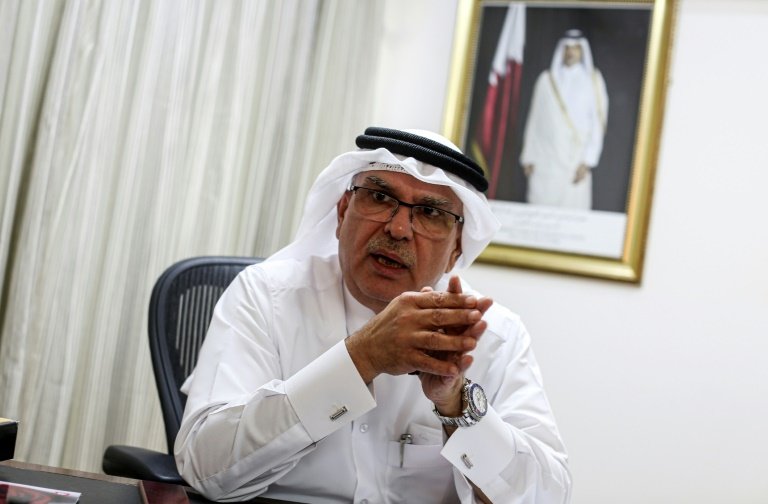 The Qatari envoy to the Gaza Strip, Mohammed al-Emadi, speaks during an interview in his office with AFP in Gaza City / © AFP

Qatar's envoy to Gaza says the Gulf emirate's hundreds of millions of dollars in aid to the Palestinian enclave and its contacts with both Hamas and Israel are helping prevent another catastrophic war.

Speaking in an interview with AFP in Gaza City, Mohammed al-Emadi said a new payment of $10 million is expected to be distributed on Sunday to 100,000 poor families in Gaza, which is run by the Islamist movement Hamas.

It is the latest in a succession of aid payments for fuel for electricity, salaries and assistance for needy families in the Gaza Strip from Qatar, which has budgeted some $330 million for the programme launched last year.

More than $150 million of that has been spent, on top of other large amounts of aid that Qatar has provided to Gaza in recent years, he said.

"The money is essential... because otherwise Gaza will be a place where nobody can survive or live," Emadi said from his office in Al-Mashtal Hotel late Saturday during one of his periodic visits to Gaza City.

"We know the situation is very bad, so that's why our money helps a lot, and it helps in preventing a new war."

He added that it is "not only the aid".

"The aid, the communication, the information... We are coordinating directly with the people who can take decisions."

The payments are part of a wider agreement brokered by UN and Egyptian officials to end several violent flare-ups in recent months between Israel and Hamas, which have fought three devastating wars since 2008.

A series of violent incidents in August have again threatened the truce just ahead of Israel's September 17 general election, but the new Qatari cash may help relative calm return, at least for now.

The incidents have included rocket fire from Gaza, infiltration attempts by armed Palestinians and return fire by Israel, the Israeli army says.

Israeli Prime Minister Benjamin Netanyahu is widely seen as wanting to avoid an escalation in Gaza before the polls due to the political risk involved, but he has faced calls for strong action from his electoral opponents.

As a result, there has been speculation in Israel that Hamas has turned a blind eye to rocket fire and infiltration attempts instead of preventing them in a bid to pressure Netanyahu into further concessions.

For Emadi, the election means longer-term solutions cannot be discussed for now due to political sensitivity, but he hopes talks can later be held on easing Israel's blockade of Gaza.

Another war would cost the international community far more in monetary terms, he said, but the humanitarian concerns are even greater, particularly with Gaza still recovering from the last conflict in 2014.

"Any new war with this situation, I think it will be catastrophic to Gaza and to the people of Gaza," said Emadi.

Emadi said he meets with leaders of both Hamas's political and military wings while also holding separate discussions with Israeli officials.

Qatar, like most Arab nations, has no formal diplomatic relations with Israel, and Emadi declined to say specifically who he holds talks with on the Israeli side.

The Gulf state is a rare ally for Hamas, which has never recognised Israel and is designated a terrorist organisation by the United States and the European Union.

The more than decade-long blockade of the Gaza Strip and repeated wars have taken a heavy toll on the economy and infrastructure in the coastal enclave of two million people. 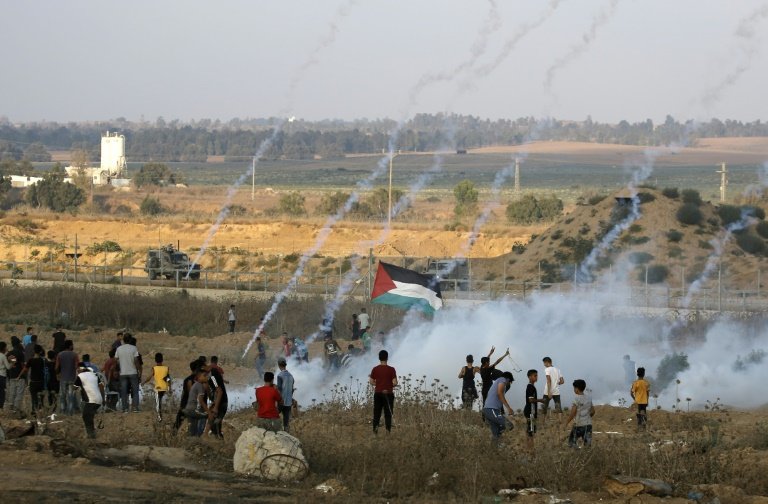 According to the World Bank, unemployment is at 52 percent, with two-thirds of Gaza's young people jobless.

The Qatari fuel aid has allowed for an average of around 10 hours of public electricity per day, compared to as little as four hours daily previously, UN figures show.

The truce has also seen Israel expand the area it allows Gaza fishermen out into the sea -- though it reduces it or even cuts it to zero in response to violence from the enclave.

Emadi said issues such as work permits for Gazans to enter Israel have also been discussed.

"Nobody cares about the people in this place," he said when asked why Qatar was playing the role it has, with speculation that it has been a means to wield regional influence.

"Our concern is the people -- to save lives, to provide better lives for these people."

That aspect has been "forgotten from both sides, let's say".