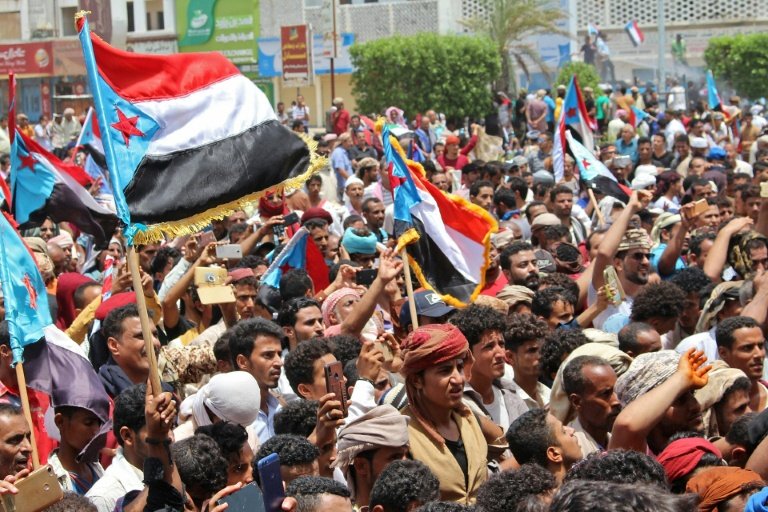 Colourful flags emblazoned with a red star are being held aloft in Aden, reflecting the independence ambitions of southern Yemen after a separatist takeover of the city.

Last week, fighters from the Security Belt Forces ousted unionist troops loyal to President Abedrabbo Mansour Hadi from what was the capital of the formerly independent south.

The clashes left around 40 people dead.

Both the separatist Southern Transitional Council (STC) and government forces have been fighting the Iran-aligned Huthi rebels in a years-long war that has pushed the country to the brink of famine.

But the two forces remain at odds, fuelling the STC's occupation of key positions in Aden before it partially withdrew under pressure from regional powers Saudi Arabia and the United Arab Emirates.

On Thursday, jubilant supporters of the southern separatists took to the streets of Aden, which has served as the Hadi government's base since the rebels took over the capital Sanaa in 2014.

The flags of the former South Yemen were flown on top of public institutions and hung from multi-storey buildings, along with banners proclaiming support for the separatists.

South Yemen was an independent state until it merged with the north in 1990. 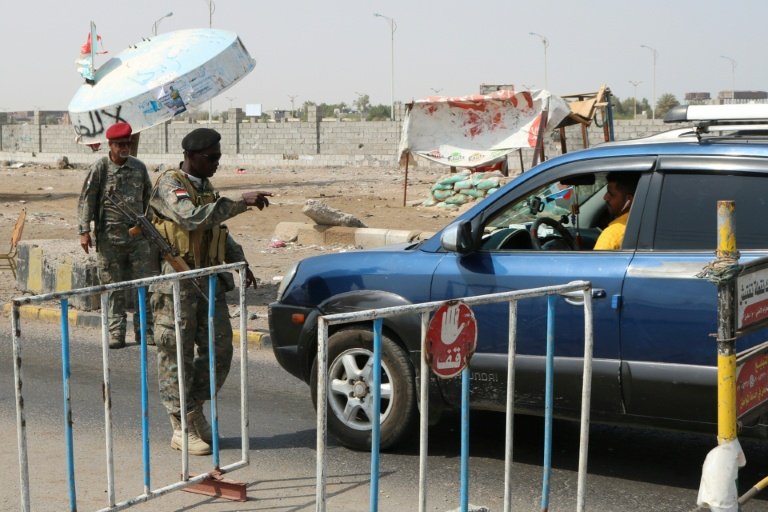 Four years later, an armed secession bid ended in occupation by northern forces, giving rise to resentments which persist to this day.

Residents in Yemen's second city said that while they were happy with the STC's takeover, their key concern is whether the separatists can provide basic services.

"Our main worry is who will provide necessary public services and who will pay the salaries of tens of thousands of employees," Saleh Naser told AFP.

"If the STC is capable of running the south's affairs, then we are with it."

Saleh al-Haij, donning a shirt printed with the image of STC chief Aidarus al-Zubaidi, hoped residents' lives would improve under the separatists.

"There are plenty of shortages, such as water and power," he said.

A Saudi-led military coalition, which has backed pro-government forces against the Huthi rebels since 2015, sent a delegation to Aden on Thursday to discuss the new front in the crisis.

The alliance has "succeeded in calming the situation in Aden", spokesman Turki al-Maliki said Monday.

The STC withdrew from a number of public buildings to pave the way for talks, but they maintain control over key military positions and therefore over the city.

Analysts say the break between Hadi's internationally recognised government and the separatists reflects a wider rift between Riyadh and Abu Dhabi -- a key player in the coalition -- that threatens to undermine their common battle against the Huthis.

The UAE is Saudi Arabia's main coalition partner, but it trained and equipped the separatists. 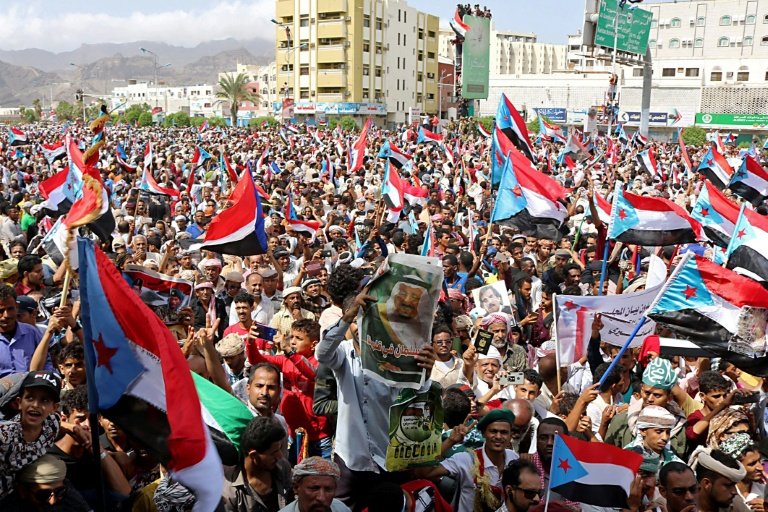 Aden residents said that while they were happy with separatist leadership, their main concern is whether basic services will be provided / © AFP/File

Ties between the Security Belt Forces and Hadi loyalists have been strained for years, and this month's fighting was not the first time they have engaged in deadly clashes.

They fought a three-day battle in January 2018 that killed 38 people and wounded more than 200 others, after the government prevented a rally by separatists.

The Saudi-led coalition has urged the Security Belt to withdraw to clear the way for peace negotiations.

While some residents are hopeful that negotiations may yield positive results, others, who are originally from the north, are worried they could suffer.

The report came after attacks by jihadists and Huthis in Aden left dozens dead.

"We are afraid of being deported," said one man, Mohammed Abdallah.

"We are not with any party... and we have our interests and our jobs in the south."