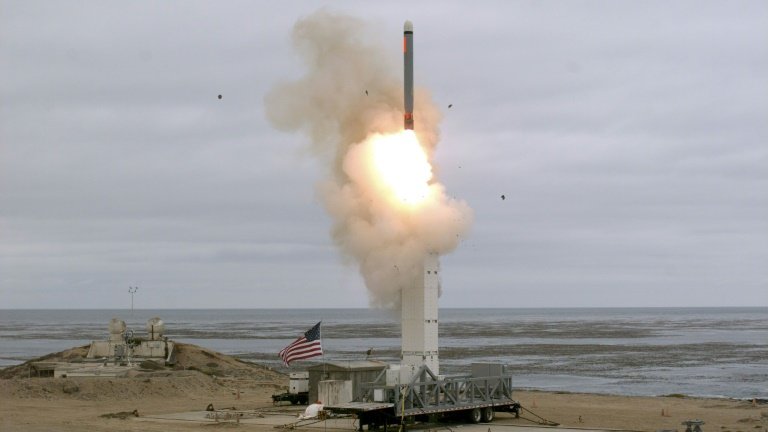 The US has tested a ground-launched cruise missile at San Nicolas Island, California, marking a new era in arms competition / © DoD/AFP

The US Defense Department on Monday announced the test of a medium-range ground-launched cruise missile, just weeks after tearing up the Cold War-era pact with Russia eliminating that class of nuclear-capable weapons.

The missile was launched on Sunday from the US Navy-controlled San Nicolas Island off the coast of Los Angeles, California.

"The test missile exited its ground mobile launcher and accurately impacted its target after more than 500 kilometers (310 miles) of flight," the Pentagon said in a statement.

"Data collected and lessons learned from this test will inform the Department of Defense's development of future intermediate-range capabilities."

While the missile was described as "conventionally configured," meaning not nuclear-equipped, the launch was a sign of Washington beefing up its nuclear war-fighting capabilities in the wake of the collapse of the 1987 Intermediate-Range Nuclear Forces Treaty on August 2.

The INF had banned all land-based missiles, conventional and nuclear, that could travel between 500 and 5,500 kilometers (310 and 3,400 miles), in an effort to abolish a class of nuclear arms being deployed by the United States and the then-Soviet Union that left Europe the most threatened. 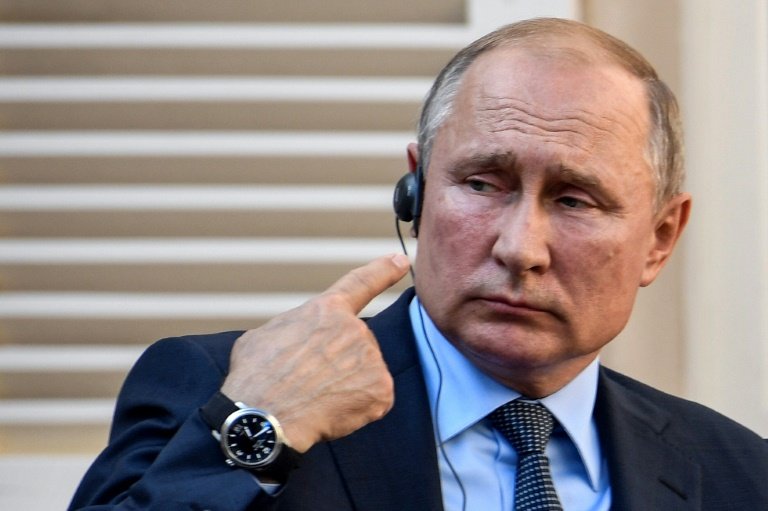 Russia's President Vladimir Putin says it was the United States that broke the INF treaty, not Russia / © POOL/AFP

Many fear the end of the INF, which Washington accused Moscow of having violated in recent years, will lead to a new and dangerous nuclear arms race.

Early this month Secretary of Defense Mark Esper said the US, no longer bound by the INF, had already begun work to develop "mobile, conventional, ground-launched cruise and ballistic missile systems."

"Now that we have withdrawn, the Department of Defense will fully pursue the development of these ground-launched conventional missiles as a prudent response to Russia's actions," Esper said.

But he also stressed the US was not embarking on a new arms race.

"The traditional sense of an arms race has been in a nuclear context," he said.

"Right now, we don't have plans to build nuclear-tipped INF-range weapons. It's the Russians who have developed non-compliant likely, possibly nuclear-tipped weapons," he said.

He also said that the Pentagon would like to deploy new intermediate-range missiles in Asia, a move that would likely anger China, which was not party to the INF.

"We would like to deploy a capability sooner rather than later," he said.

Speaking in France before news of the US test launch broke, Russian President Vladimir Putin said that it was the United States and not Russia that withdrew "unilaterally" from the INF.

He said Russia does not intend to deploy intermediate- and shorter-range missiles where the US has no similar weapons.

"I have already said about that, and would like to say once again here, in France, we are unilaterally undertaking obligations. If the United States produces such offensive systems, we will also do so," Putin said at a press conference before meetings with French leader Emmanuel Macron.