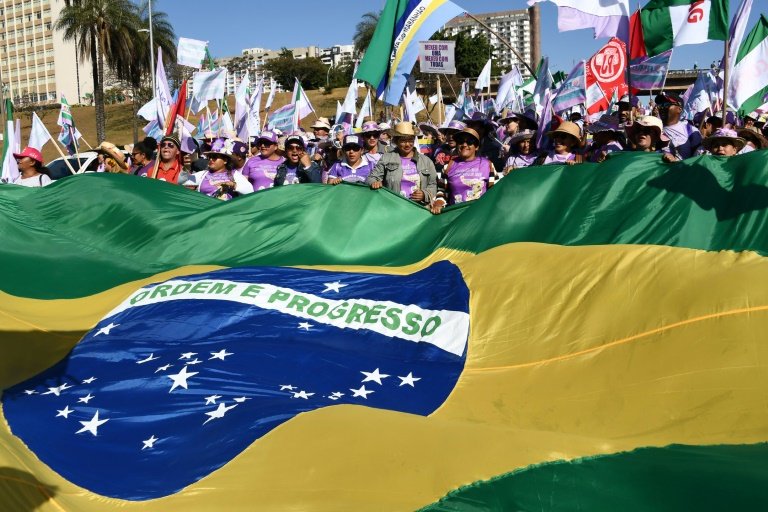 Tens of thousands of women took to the streets of Brazil's capital Wednesday to denounce President Jair Bolsonaro, in the third anti-government protest in the city in two days.

The huge demonstration in Brasilia comes as Bolsonaro faces increasing heat over rampant deforestation in the Amazon rainforest as well as education funding cuts, which have sparked nationwide protests by students and professors in recent months, including one in the capital on Tuesday.

The "March of the Margaridas" is named after Brazilian trade union leader Margarida Maria Alves, who was murdered in 1983 during the military dictatorship.

Many of the thousands of tribal women who marched on Tuesday in protest against Bolsonaro's "genocidal policies" joined Wednesday's demonstration, which also condemned Bolsonaro's plan to open up indigenous territory to mining and the government's policy to increase the use of pesticides and weed killers.

"We are living in difficult times with a government that attacks us continuously," Juliana Joucoski, a 43-year-old teacher from the southern city of Curitiba, told AFP.

"We are losing hard-won rights."